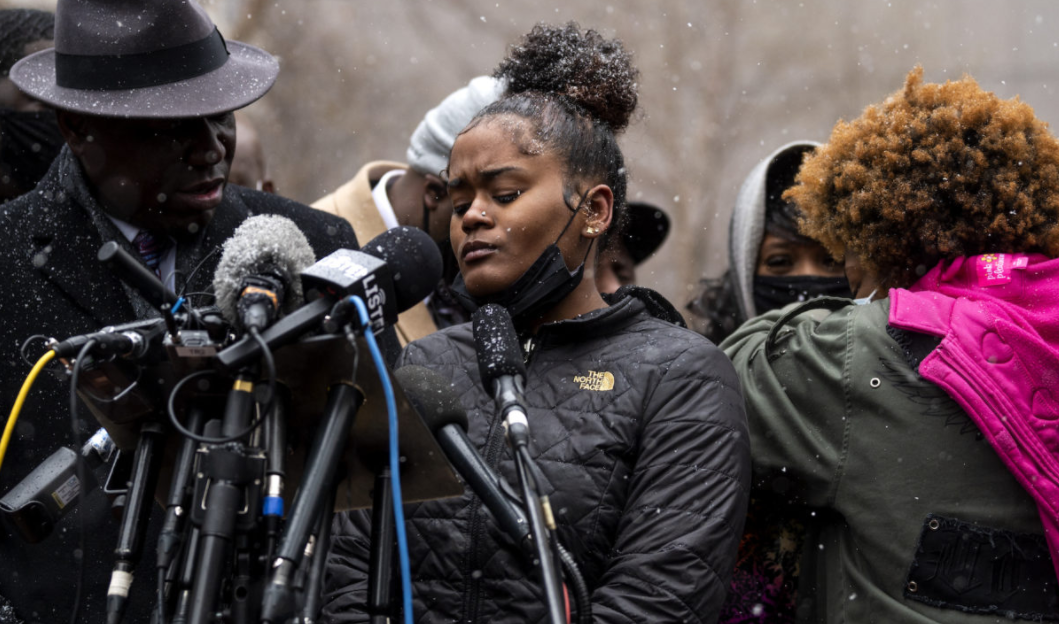 After Daunte Wright’s Death, Pressure To Get Police Out Of Traffic Enforcement

Cities across the country must rethink the role of law enforcement, as police continue to brutalize and kill Black men and women during traffic stops, advocates say.

After she heard that police had killed Daunte Wright during a traffic stop outside of Minneapolis, Eilanne Farhat said she first reacted with “deep exhaustion, heartbreak, and sadness.”

Then she was disturbed. Farhat, executive director of Take Action Minnesota, told The Appeal she was struck by how frequently stories of police killings of unarmed people, often people of color, have made headlines in recent years.

Since 2015, at least 135 unarmed Black men and women have been killed by police during traffic stops, according to a January investigation by NPR. Now, after Wright’s death and other recent violent encounters between Black people and police, experts and advocates say it’s past time for cities to move traffic enforcement away from law enforcement.

“Once again, a minor infraction presenting no threat to public safety has ended in a senseless murder at the hands of Minnesota police,” Scott Roberts, senior director of the criminal justice and democracy campaigns at Color Of Change, said in a written statement. “The only way to protect Black lives is by reimagining how we provide safety and security in communities.”

Sheila Nezhad, who is running to unseat Minneapolis Mayor Jacob Frey in November, told The Appeal that Wright’s killing and that of other unarmed Black people during traffic stops show that popular policy reforms, such as requiring body cameras or outlawing certain tactics, have not worked. She supports moving traffic enforcement away from police in her city and into the Traffic and Parking Services department.

“Police reform in Minnesota has looked like calling for more Tasers and calling for hiring more female cops, and we saw the death of Daunte Wright at the hands of a female officer reaching for a Taser,” she said.

Brooklyn Center, Minnesota police officer Kim Potter shot and killed 20-year-old Wright on Sunday afternoon. Officers had pulled him over for expired license plate tags, police said, though Wright’s mother Katie, whom he called from the car, said it was “because he had air fresheners hanging from his rearview mirror,” which is illegal in Minnesota.

Officers tried to detain Wright after realizing a “gross misdemeanor warrant” for his arrest had been issued. (He had missed a first appearance in court for allegedly possessing a pistol without a permit and fleeing police, though he may not have known of the summons, the Star Tribune reported.) Wright got back into his car, when Potter drew and fired her handgun. Police said she had intended to fire her Taser. Potter and police chief Tim Gannon have since resigned.

The fatal encounter follows months of protests and upheaval over police brutality. Wright was killed just miles from where former police officer Derek Chauvin is on trial for the death of George Floyd, inflaming a community already in pain.

Wright’s killing also comes less than a week after another violent traffic stop made national news: Body cam footage from December shows Windsor, Virginia police officers pointing guns at Caron Nazario, a Black and Latinx army lieutenant who was unarmed, and pepper-spraying him during a traffic stop. The Washington Post reported Wednesday that Nazario was raised in part by the family of Eric Garner, whose death at the hands of police roiled the country in 2014.

Removing traffic enforcement from police, some researchers argue, is the only way forward. Jordan Blair Woods, a law professor at the University of Arkansas who spoke to The Appeal in January, recently published an article in the Stanford Law Review that outlines ways to “rethink” traffic enforcement, including having unarmed traffic monitors handle the enforcement of low-level traffic violations, rather than police.

In July, the Berkeley, California City Council passed a proposal to do just that. The city approved the creation of a new department of transportation that will employ unarmed traffic monitors to enforce low-level traffic offenses like driving with an expired registration or driving with a broken taillight. The city went a step further in February by banning police officers from making stops for low-level traffic offenses and directing police to only conduct traffic stops for things that directly endanger public safety like driving under the influence and excessive speeding. Neighboring Oakland passed a similar reform a few years earlier and saw the number of traffic stops fell by more than half, while overall crime also fell.

Other cities have enacted similar reforms, including Lansing, Michigan, which, in July, barred its officers from making traffic stops for offenses like an inoperable license plate light or loud exhausts. In what is likely the broadest attempt to remove police from traffic enforcement so far, Florida state Rep. Omari Hardy introduced a bill in March that would require all cities and counties to create a Public Safety Department that includes a traffic enforcement division manned by unarmed traffic monitors. The bill, however, is unlikely to pass.

“These singular incidents will continue to happen because they are the natural result of a system that was designed and is publicly funded to violently oppress Black people and brown, native and poor people too,” Farhat said. “We know this system of public safety was never designed to keep Black community members safe.”