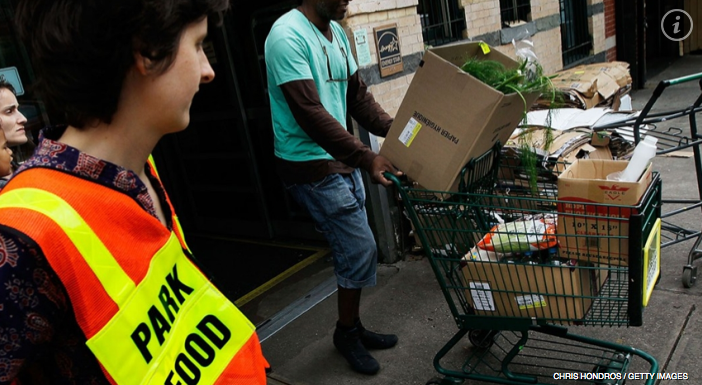 After Piketty, The Ownership Revolution

Now that the first round of intellectual debris left in the wake of French economist Thomas Piketty’s explosive best-seller “Capital in the Twenty-First Century” has begun to settle, it may be time to look more closely at the gaping hole it has left not only in political-economic analysis but also in conventional political strategy. After Piketty documented long-running trends that have turned over ever-increasing shares of national income to the owners of capital at the expense of the vast majority, the best solution he could muster was what he termed a utopian idea: a global tax on capital. Liberal economists, for their part, have largely rolled out the usual list of progressive tax reforms, often conveniently forgetting to confront the extraordinary political obstacles that stand in the way of any one policy remotely powerful enough to tackle the forces Piketty documents.

What forces, you may ask? How about the fact that a mere 400 people at the top now own as much wealth — or capital, in Piketty’s inclusive formulation covering stocks, bonds, businesses, land and any other significant asset — as the bottom 180 million Americans. The best we have been offered in response to this medieval pattern is the vague hope that a cycle of history may one day bring progressive policy back in vogue. Or that demographic shifts may not only allow the election of Democrats but also award them sufficient power to effect trend-altering change rather than modest reforms that utterly fail to divert the steady and ongoing allocation of the nation’s income to those who own capital or work cheek by jowl for them.

The reasons for such a lackluster response are many, but high on the list is the dwindling power of labor: Unions that once added muscle to traditional reform have decayed in membership, from a post–World War II peak of 34.7 percent of the labor force down to a mere 11.3 percent last year (and an even more modest 6.7 percent in the private sector). Close behind on the list, of course, is that money talks in politics — especially powerfully nowadays, given the loudspeaker it is assured by recent Supreme Court decisions rolling back campaign finance regulations.

There may be no solution to the problem. If there is, two things seem obvious: First, it will probably take a long, long ramp-up of experimentation and institution-building similar in form to the kinds of processes that occurred in the state and local laboratories of democracy during the decades prior to the New Deal. Second, whatever develops is unlikely to resemble what we might consider traditional reform. We’ve done that already. We mostly “remember the future,” the historian Lewis Namier once wrote, suggesting that what we learn from the past (and therefore assume about the future) is inevitable. This is a hazardous way to think, especially if what we want is to point our compasses toward something new.

The name of the game — Piketty’s book fairly screams it — is capital: who gets to own it, benefit from it and derive political power from it. Accordingly, it may be of some interest to note that in significant part because of the pain and failure of our current reality, many of those local laboratories of democracy are, in fact, exploring new (and sometimes old) ways to own capital and are seeking to democratize it.

The future is not foregone

Take participatory ownership. Even as union membership has trended steadily downward, for instance, the number of people involved in worker-owned firms has increased, from 250,000 in 1975 to about 11 million working in more than 11,000 firms today. Add to this approximately 130 million Americans who are members of some form of co-op, another type of democratized ownership; this number is increasing daily just beneath the surface of what our hollowed-out local newspapers are able to report on. Credit unions — member-owned one-person, one-vote banks — control more than $1.1 trillion in assets, as much as those of some of Wall Street’s largest financial institutions.

New ways for capital to be owned broadly by the people — or, again, democratized — are also beginning to show up in city and state politics. Boulder, Colorado, for instance, is in the process of municipalizing its electric utility, what one might call localized nationalization. The city council of Richmond, California, recently voted in favor of the mayor’s plan to utilize eminent domain powers to prevent foreclosures by taking over housing from banks if a major fight over mortgages is not settled in a reasonable way. In recent years, some 20 states have had legislation introduced to establish state banks similar to the one that has been operating successfully in North Dakota for almost 100 years. Land trusts — public or nonprofit ownership of land to benefit the community in diverse ways — have increased from a mere handful three decades ago to more than 250 now operating in 45 states and the District of Columbia.

No one believes these experiments in democratic ownership are at this stage going to alter how capital is owned to deal sufficiently with Piketty’s big trends. On the other hand, powerful forces are driving the new developments — namely, growing social and economic pain and a sense that none of the old ways work. Big trends take big time. It took at least three decades of a different kind of experimentation before the New Deal moved labor law, Social Security and other reforms from their primitive states and local beginnings to major national policies.

By the way, did you notice that the U.S. essentially nationalized General Motors; AIG, one of the largest insurance companies in the world; and in slightly different ways, Chrysler during the last big crisis? What might happen down the line — as Piketty’s capital-concentrating trends cause both more pain and more experimentation — is by no means a foregone conclusion for anyone who spends even a few minutes thinking about the odd ways history often works. If, that is, we try to explore rather than remember the emerging future.