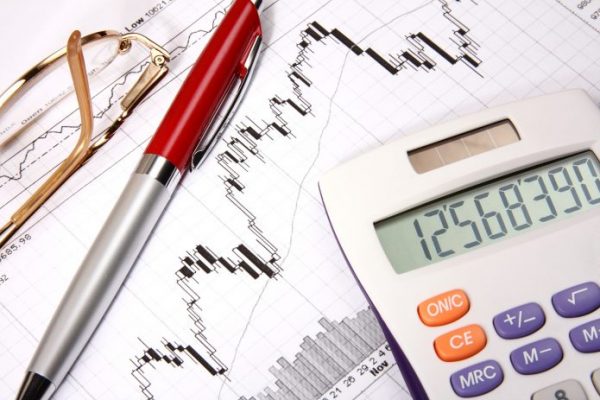 After The Financial Crisis: How The Ultra-Wealthy Have Prospered

It is said that a picture is worth a thousand words. The same might apply to a graph. One such case is a striking graphic, published in the Financial Times this week, showing a downturn in the wealth of the world’s top-ten billionaires in the financial crisis of 2008, and then roaring back, at an even greater rate than in the past, to reach new heights.

As the brief article noted, the net worth of the world’s “very wealthiest people took a hit during the financial crisis as the stock market tumbled—but that pause would be short lived.” The crisis proved to be but a “temporary setback.”

The graphic serves to underscore the real meaning of the word “recovery,” which is so frequently bandied about by the heads of the world’s major economic institutions to describe the state of the world economy.

In fact, it has nothing to do with economic reality. On the contrary, it reveals the state of the world’s ultra-wealthy, in contrast to the situation confronting hundreds of millions of working people in the major economies, where real incomes remain below their level before the 2008 crisis, and wealth has contracted.

While the world’s working class continues to battle with the ongoing effects of the greatest economic crisis since the Great Depression, the ultra-wealthy have powered ahead to the extent that, as the Oxfam agency reports, eight billionaires now hold wealth equal to that of more than half the world’s population combined.

The main reason for the soaring wealth of the super-rich have been the policies of the Fed and the other major central banks in pumping trillions of dollars into the global financial system. The top ten central banks now hold an estimated $21 trillion worth of financial assets on their balance sheets.

A graph of the rise of the major US stock market index, the S&P 500, for example, shows that its continuous upturn since the low point of March 2009 tracks almost exactly the increase in financial assets held by the US Federal Reserve, which has expanded its holdings from around $800 billion before the crisis to some $4.5 trillion today.

The ultra-wealthy have not only benefited from the rise in asset prices. Because of the accompanying low interest rate regime, they have been able to increase their wealth through financial leveraging.

A simple arithmetical example makes this process clear. If $100 is invested in a financial asset, which then increases over the year by $6, then the rate of return for capital invested will be 6 percent. But if money is borrowed at 3 percent and used to finance, say, 90 percent of the purchase price ($90), then, after paying back the loan ($90) and interest ($2.70) at the end of the process, the return on the $10 investment will be $3.30. That is, a rate of return of 33 percent for every $10 invested.

Of course, the sums involved in such operations run into billions of dollars and such money is only available to those already in possession of vast amounts. Truly, to him that hath, shall be given.

One of the main ways companies leverage their operations is by using funds to finance share buybacks. Apple and other tech giants are some of the main beneficiaries of this process.

The fastest area of the growth of wealth is in tech companies. According to the rich list compiled by Forbes, the total worth of the world’s richest tech billionaires has exceeded $1 trillion this year, for the first time ever. It represents a rise in wealth for this group of around 21 percent in the past 12 months.

According to the Forbes list, Microsoft co-founder Bill Gates is at the top of the pile with $84.5 billion, slightly ahead of Amazon chief Jeff Bezos with $81.7 billion. Mark Zuckerberg, the co-founder of Facebook, comes in third with $69.6 billion. His wealth has increased by almost $16 billion in the space of just a year.

Bezos was another fast climber up the rich list. His fortune expanded by $15.5 billion as a result of a 25 percent increase in the value of Amazon stock. At one point he even became, for a brief period, the richest man in the world.

Balzac, the great 19th century French novelist, once noted that behind every great fortune lies a great crime. In the 21st century, one could add to this: new forms of exploitation. One of the major factors behind the rise and rise of Amazon, along with the fortunes of Bezos, has been the development of new and ever more intensive forms of exploitation based on the use of hi-tech systems.

The Amazon business model is only one expression of the changes in the nature of employment and the more intensive extraction of profit. The development of the so-called gig economy, in which workers are employed on zero hours contracts, with no benefits, able to hired and fired at will, is becoming an ever larger component of the labour market in all the major advanced economies, providing a significant boost to the bottom line.

This has been coupled with the growth of part-time and casual work, to such an extent that more than 90 percent of all the new jobs created in the US under the Obama administration are estimated to have fallen into this category.

The rich list continues to be dominated by Americans, but others are making a move up the scale. The third and fourth biggest gainers on the tech rich list are Chinese. Tencent CEO Ma Huateng increased his wealth by $14.7 billion to $36.7 billion, while Alibaba founder and executive chairman, Jack Ma, the richest man in Asia, has lifted his fortune to $37.4 billion, an increase of $11.6 billion in the year.

Some $1.3 billion of this increase came in just one day, when, earlier this month, the company announced its quarterly earnings results, showing a 58 percent increase in revenue over the previous year. Ma ranks as the 17th richest person on the planet.

The process of wealth accumulation is not the result of any kind of economic “recovery,” nor the supposed “entrepreneurship” of its beneficiaries. Rather, it is the outcome of a system characterised, as Marx put it, by the accumulation of fabulous wealth at one pole and poverty and misery at the other.