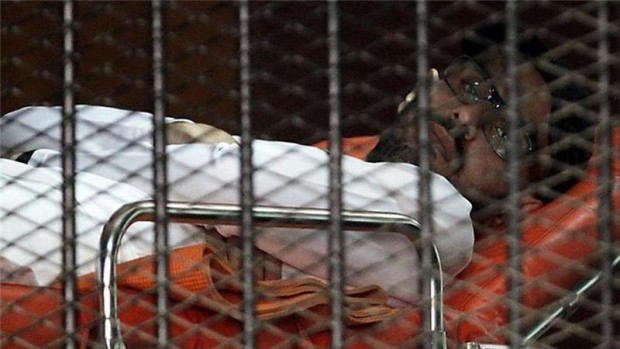 Jailed activist Mohamed Soltan, who has been on hunger strike for over a year in protest against his detention in Egypt, has been freed and sent back to his home country, the United States.

Al Jazeera learned that Soltan boarded a flight from Cairo to Washington on Saturday with a US consulate official and medical staff. [Update: As you can see from the video below Soltan arrived safely in the United States, in Washington, DC at Dulles Airport to an emotional and enthusiastic welcome.]

Soltan, a 27-year-old US-Egyptian dual citizen and human rights activist, was arrested in September 2013 when police was searching for his father, a senior member of the now outlawed Muslim Brotherhood group.

Last month, Soltan was sentenced to life in prison for allegedly supporting the group, a verdict his family challenges, saying that there was no evidence against him.

A website calling for his release also said he was not a member of the Brotherhood, describing him as a US-educated peace activist who was involved in youth events and charities.

The website shows pictures of him lying emaciated on a stretcher while in detention.

The US embassy said at the time of the verdict that it was “gravely concerned” about Mohamed Soltan and would “continue to monitor his case closely and to provide him with all possible support”.

His father, Salah Soltan, was arrested in October 2013 and was later sentenced to death.

Thousands of Brotherhood supporters have been arrested and hundreds handed the death sentence in a campaign that human rights groups say shows the incumbent government is systematically repressing opponents.

The Soltan family released a statement in which it expressed gratitude for the support that lead to Mohamed’s release.

“By the grace of God, we are incredibly happy to confirm that Mohamed is on his way home after nearly two years in captivity. After extensive efforts, the US Government has successfully secured Mohamed’s deportation back home to the US, mercifully concluding this dark chapter for Mohamed and our family.

“We are forever indebted to the countless individuals who have been working tirelessly behind the scenes to secure his release, the vast majority of whom have never even met Mohamed. To witness you all – regardless of race, religion, political affiliation, gender, age – come together during this time has been greatly illustrative of the power of the human spirit and we are in awe of each and every one of you,” the statement read.