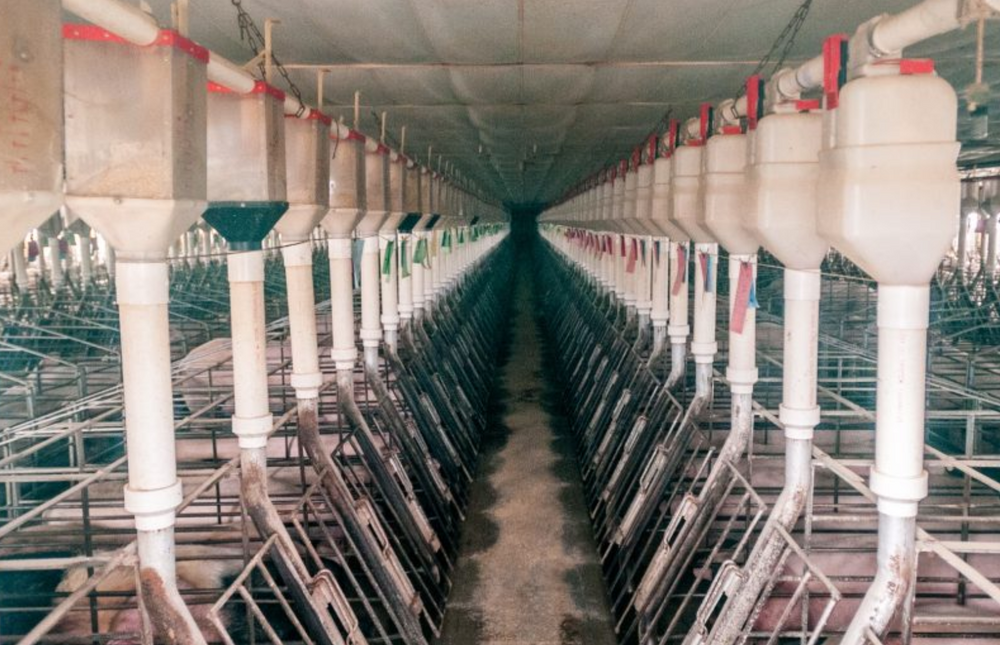 Above Photo: Screen shot from the press release from Animal Legal Defense Fund (ALDF) on the Tenth Circuit Court of Appeals’ decision against the Kansas “ag-gag” law

Laws intended to suppress journalism, whistleblowing, and speech on the food and agriculture industry continue to experience defeats in the United States court system.

Known as “ag-gag” laws, the Tenth Circuit Court Of Appeals ruled [PDF] against the ag-gag law in Kansas, which became the first state to pass such a law in 1990.

In all three states, the Animal Legal Defense Fund (ALDF) was one of the plaintiffs challenging the manner in which these laws threaten freedom of speech under the First Amendment.

“Kansas has hindered the ability of whistleblowers to expose inhumane conditions associated with factory farms for more than three decades while infringing on First Amendment rights,” ALDF executive director Stephen Wells declared. “The Tenth Circuit’s decision is a victory for animals throughout the state, who are forced into industrial animal agriculture and suffer in secret behind closed doors.”

According to ALDF, “Kansas is a major agricultural producer with the third-most cows of any state, and until being struck down, its ag-gag law had successfully prevented whistleblowers from investigating the conditions that millions of pigs, cows, and chickens endure.”

The defense fund maintains it will be criminalized by ag-gag laws because the organization plants investigators as employees of animal facilities. As the Tenth Circuit summarized, once employed the investigators document animal abuse and then publicize the evidence.“Because investigators would be willing to lie about their association with ALDF, ALDF fears its investigators would run afoul of the [law].”“Kansas may not discriminate between speakers based on the unrelated issue of whether they intend to harm or help the enterprise,” the Tenth Circuit stated. “But that is the effect, and stated purpose, of the provisions at issue.”The Tenth Circuit acknowledged the ag-gag law in Kansas punishes entry to facilities with the “intent to the tell the truth on a matter of public concern.”

‘A Tool That Can Be Used’ Against Animal Rights Activists

When the law passed in Kansas in 2012, it was openly hostile toward ALDF. “In some states, animal rights activists with an anti-agriculture agenda have lied on job applications in order to gain access to farms or ranches and take undercover video, some of which is believed to be staged. This amendment is a tool that can be used against people using fraud to gain access to farms.”“This confirms what the text of the law alone demonstrates: the act places pro-animal facility viewpoints above anti-animal facility viewpoints,” the Tenth Circuit added, which is viewpoint discrimination that violates the First Amendment.The Eighth Circuit’s decision on the Iowa ag-gag law was less of a victory. It found nothing unconstitutional about prohibiting the accessing of agricultural production facilities through “false pretenses.” However, it rejected the employment provision because it allows for the prosecution of individuals, even if those false statements do not influence an offer of employment.The majority suggested Iowa could “fix” the law by targeting “false statements that are material to a hiring decision.” (It’s unclear if that would be supported by ALDF and other plaintiff organizations.)

In Arkansas, ALDF, along with Animal Equality, the Center for Biological Diversity, and the Food Chain Workers Alliance, sued Peco Foods, Inc. and Jonathan and DeAnn Vaught, a member of the Arkansas House of Representatives who is part of Arkansas Farm Bureau, Arkansas Cattlemen’s Association, and Arkansas Pork Producers.The groups allege that they plan to investigate Peco Foods’ chicken slaughterhouse and the Vaughts’ pig farm, but they cannot do so without facing criminalization under Arkansas’ ag-gag law, which allows civil suits to target undercover investigators who may seek employment. It also permits the criminalization of anyone who collects information “by personal observation or use of unattended recording devices.”DeAnn Vaught apparently sponsored the legislation, and the plaintiffs believe this stemmed from a desire to conceal the conditions for animals on their farm. They additionally maintain that Peco Foods uses a “high-speed slaughter” line at their facilities, as well as a “live hang” method for slaughtering the animals.The Eighth Circuit examined ALDF’s allegations related to what would happen to them under the ag-gag law if they investigated Peco Foods or the Vaughts’ farm and determined their “fear of enforcement” was “objectively reasonable.”Their lawsuit will return to the lower court and challenge the constitutionality of the law.

Iowa lawmakers recently escalated their attacks on journalism or whistleblowing around animal abuse in the food industry, passing a law that explicitly designates audio or video recording as “trespassing” crimes.ALDF argues “the law threatens increased penalties for recording even in public places and locations advocates have long used for public advocacy, such as in open areas of legislators’ offices and parts of businesses in which other members of the public regularly come and go.”

“After repeated attempts by the state of Iowa to thwart animal advocates’ efforts to document the inhumane treatment of animals on factory farms, the legislature has enacted a new and broader law that deceptively impacts a broad range of industries while still maintaining its original — and unconstitutional — purpose of suppressing speech about industrial agriculture,” according to Wells. ALDF and others in a coalition of groups filed a fresh lawsuit in Iowa on August 10.

Each expansion of measures aimed at suppressing journalism, whistleblowing, and speech around animal abuse serves agribusinesses and their lobbyists who are threatened by transparency and accountability. It also defies federal courts throughout the country, which continue to strike down these laws.

Though Judge Leonard Grasz, who is part of the Eighth Circuit, backed the decision that upheld part of the Iowa ag-gag law, he commented, “At a time in history when a cloud of censorship appears to be descending, along with palpable public fear of being ‘canceled’ for holding ‘incorrect’ views, it concerns me to see a new category of speech which the government can punish through criminal prosecution.”

Most of the lawmakers, who back these laws that protect agribusiness interests by criminalizing speech, are the same elected politicians constantly prattling on about “cancel culture.”

“Ultimately, the Supreme Court will have to determine whether such laws can be sustained or whether they infringe upon the ‘breathing room’ necessary to effectuate the promise of the First Amendment,” Grasz concluded.