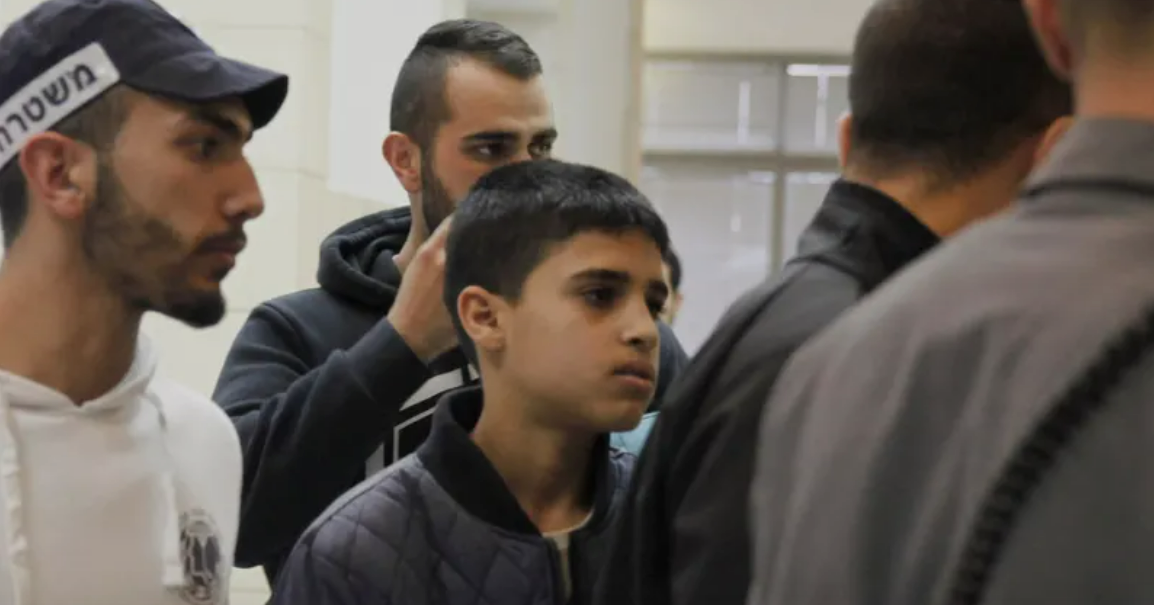 Ahmad Manasra And The Crime Of Existing While Palestinian

Conversations with Palestinians both young and old almost always end with them saying to me, “you [a Jewish Israeli] can say these things, but if we were to say them we would be excluded from all spaces and we would be called anti-semitic.” A young Palestinian interning in Washington, D.C. told me she felt that she needed an Israeli beside her to give her legitimacy. Not in her own eyes, but in the eyes of the D.C. establishment. Sadly, she is probably correct; in the anti-Arab, and particularly anti-Palestinian atmosphere in Washington, this is very likely true.

About ten years ago my very good friend Bassem Tamimi from Nabi Saleh told me the following story: He was in the United States for a speaking tour and on a certain occasion, an American activist came up and warmly shook his hand. He said to Bassem that since he, Bassem, is a friend of mine, then he too welcomes him. This was the same kind of skewed reality whereby people feel an Israeli is the barometer by which a Palestinian is to be measured. Bassem proceeded to tell the man that although it is true that he and I are friends, and that I slept at his house many times, he does not accept that anyone will judge him on the basis of his friendship with me. That was the end of that conversation and Bassem walked away from this person.

Bassem mentioned this story many, many times during our years of friendship, and he continues to do so, particularly when there are people around who may be thinking the way the man in the story does. I told this young Palestinian the story about Bassem and said that had he not had that kind of integrity, he and I could never have become friends.

There exists a chasm between the reality in Palestine and the way that reality is perceived by the “establishment” in Washington, D.C. Palestinians’ existence in their own country is tantamount to a living hell. Certainly, there are Palestinians who managed to secure a relatively comfortable life within the parameters set for them by Israel, but that does not mean it is any less of a living hell.

The Amnesty International report on Apartheid in Palestine speaks to this issue as well. Just because there are Palestinians who do live well and can survive and work and raise their children somewhat normally within the system of oppression, does not make the system less oppressive or the crime of Apartheid less violent.

One example of this violence is Israel’s administrative detention and torture of Palestinians. Amnesty International published a report about child prisoner Ahmed Manasra, stating that,

Israel continues to perpetrate widespread as well as systematic human rights violations against Palestinians, including children, against a backdrop of decades of state-sponsored discrimination, segregation and persecution.

Had he not been a Palestinian held by Isreal, the entire world would have stood up for Ahmed. Mansara was arrested when he was only 13 years old and was interrogated with no lawyer or parent present. A disturbing video showing his arrest and interrogation went viral.

The Amnesty International report states in no uncertain terms that his arrest and the conditions in which he has been held are tantamount to, “a flagrant violation of international law.” Amnesty goes on to say, “There is evidence that the treatment of Ahmed Manasra fits a wider pattern of discrimination against Palestinian children in the Israeli criminal justice system.” Manasra is, “still in prison despite worsening mental health.”

Amnesty demanded that the Israeli authorities release Manasra and immediately provide him with the medical and mental health care that he needs. Much of the deterioration of his mental health care is directly related to the manner in which both prison authorities and the Shabak – Israel’s secret police – treated him. These include prolonged periods of solitary confinement.

Again, from the Amnesty report:

Ahmad Manasra has been held in prolonged solitary confinement since the beginning of November 2021, in violation of the absolute prohibition of torture and other cruel, inhumane or degrading treatment or punishment.

There is no surprise – much less an outcry – that Israel regularly uses solitary confinement, as does the United States, as a tool for punishing inmates. Amnesty goes on to report that,

Ahmad Manasra’s mental health worsened during his incarceration to a point where there is a concern for his life. In October 2021, an independent Israeli clinical psychologist working with Physicians for Human Rights diagnosed him with severe psychiatric conditions and stated these had developed since his incarceration.

The vicious crimes perpetrated by Israel against Palestinians are well documented by credible agencies with no affiliation to either Israel or the Palestinians, such as Amnesty and Human Rights Watch. However, when Israel is mentioned in the halls of power in Washington, D.C., there seems to be a sense of awe and admiration. This is also true in many churches and other non-governmental organizations.

Palestinians are far less welcome and when they are invited, they need to be sponsored – if not physically accompanied by an organization that includes Israelis or at least the blessing of Israelis. As was mentioned earlier, while many Palestinians reject this reality, others feel they cannot otherwise have their voice heard.

Perhaps this is a good time to speak of Palestinian generosity. For nearly a century, Palestinians by and large have been trying to make peace with the fact their country was taken and they have been forced to live as refugees or second-class citizens. Palestine, a country that was widely known had all of a sudden become a footnote to Israel. Israelis who consider themselves “progressives” are willing to “give” Palestinians a small portion of Palestine in order to have their own state. However, the real generosity is that Palestinians (in general) agree to the creation of a single democracy with equal rights in all of historic Palestine. Not to confine the Jewish settler-colonizers in small areas within Palestine, but full equality with the very people who killed and tortured them, stole their homes, and deprived them of their land and their rights.

Indeed, it makes more sense that if representatives of Israel are ever welcome anywhere, it should be only when sanctioned by Palestinians. To that end, we must all adopt and demand that sanctions and boycotts be placed on Israel, and without delay.

Miko Peled is a MintPress News contributing writer, published author and human rights activist born in Jerusalem. His latest books are”The General’s Son. Journey of an Israeli in Palestine,” and “Injustice, the Story of the Holy Land Foundation Five.”