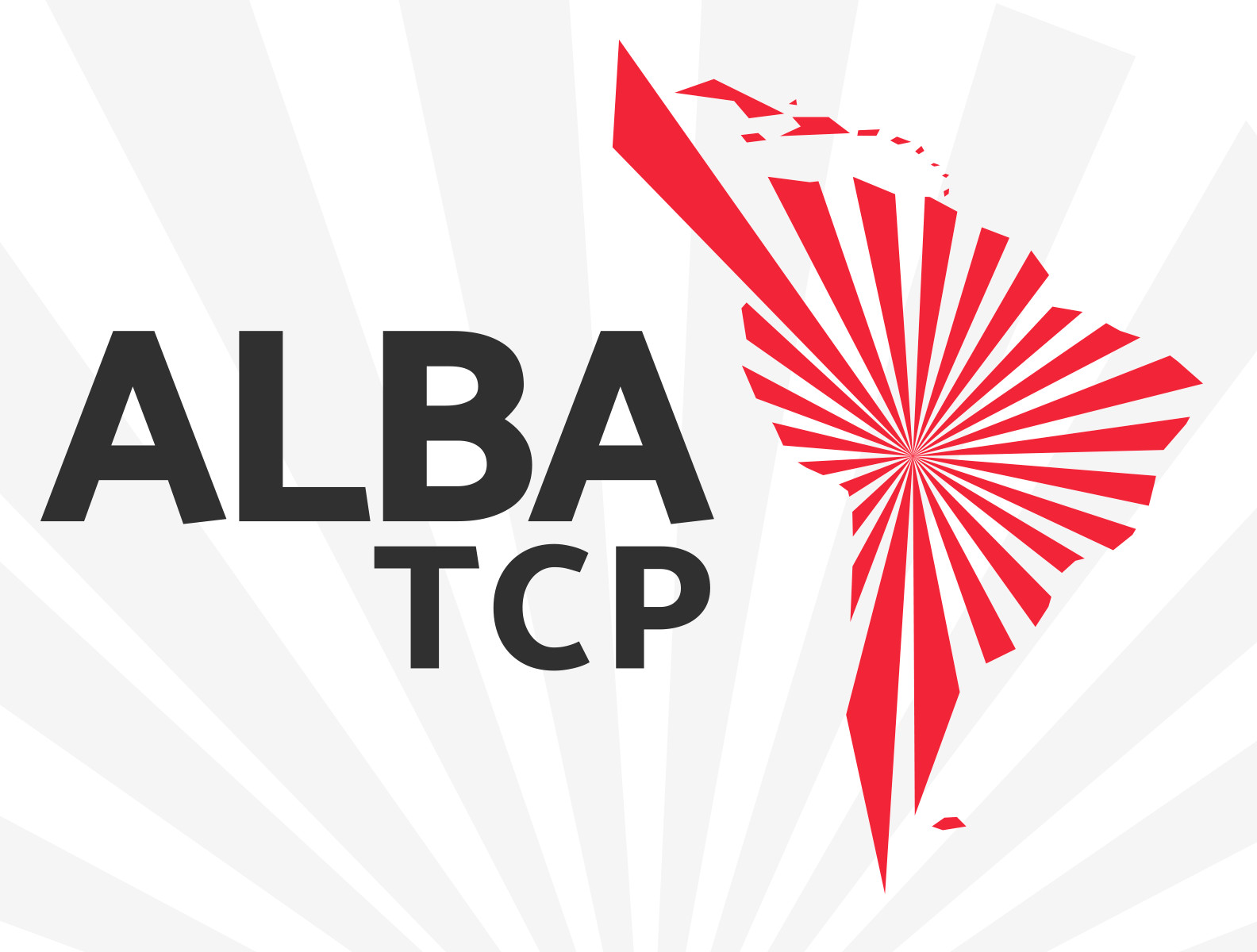 ALBA And Nicaragua – Defending Solidarity In A Divided World

Controversy has dogged this June’s United States government organized Summit of the Americas.

Cuba, Nicaragua and Venezuela had already given up on the OAS, seriously damaging the credibility of the Organization of American States as a trustworthy hemispheric forum for the countries of North America, Latin America and the Caribbean. However many countries decide in the end not to attend the event, the fact that Argentina, Bolivia, Guatemala, Honduras, Mexico and the Caricom countries have called their own participation into question has no doubt shaken even the sinister, implacable ideologues running US foreign policy. That policy remains firmly rooted in the Monroe Doctrine, endowing the US practically feudal rights over all of Latin America and the Caribbean.

If anyone is curious about what the US, Canada and their European Union allies want for the region, one has only to look at Haiti. There, the Western model of democracy and freedom, of free market neoliberalism, of United Nations and OAS run elections, of wholesale NGO managerial interventions, have had a free rein for almost twenty years. The horrific results are self-evident:  economic impoverishment, political instability, extreme inequality, appalling public health outcomes, chronic citizen insecurity and similar outcomes in terms of practically any other social and economic indicator. If they were to get the chance, those levels of immiseration and exploitation are what the US and its allies have in mind for Latin America and the Caribbean.

However, the determined and resilient impulse for emancipation in the region continues as strong as ever. The leaders of the Bolivarian Alliance for the Peoples of Our America – People’s Trade Agreement (ALBA-TCP) countries held a summit meeting in Havana at the end of May this year. Of the four biggest ALBA-TCP countries, Bolivia has recovered from the 2019 US backed coup. Nicaragua and Venezuela have both overcome recent US organized coup attempts. Cuba has survived 60 years of US trade and financial blockade while Venezuela and, so far to a lesser degree, Nicaragua are both subject to damaging illegal coercive economic measures. Even so, despite all that relentless US and allied aggression, this was the 21st such summit of the ALBA-TCP countries.

The summit issued a Declaration reaffirming the ALBA-TCP principles of “solidarity, social justice, cooperation and economic complementarity; with genuine regional integration led by the Community of Latin American and Caribbean States (CELAC)”. The declaration also reaffirmed support for multilateralism and its opposition to efforts at imperialist domination, denouncing the US government’s discriminatory behavior over the June Summit of the Americas and too its economic aggression against Cuba, Nicaragua and Venezuela. Important Caribbean island nations supported the declaration, including Antigua and Barbuda, Dominica, Grenada, Saint Kitts and Nevis, Saint Lucia and Saint Vincent and the Grenadines.

The survival, endurance and resistance of the ALBA-TCP countries combines now with other factors that belie the feudal seigneurial assumption of the US ruling class that time is on their side and that if they apply sufficient coercion over sufficient time they will prevail. That assumption is no longer valid, if it ever was. Just as they have failed to subdue the liberation and emancipation impulse in Latin America and the Caribbean so too they have failed elsewhere. The debacle in Afghanistan, the failure to overthrow the government of Syria, let alone Iran, the practical expulsion from West Africa of US allied French forces, Russia’s intervention in Ukraine and China’s no nonsense rejection of US meddling in Taiwan, all mean one thing: time is fast running out for the US ruling elite and their allied network of vassal states across North America, Europe and the Pacific.

Irrational US and European trade and financial sanctions against Russia and Belarus have deepened the developing global energy and food crisis already in train resulting from measures introduced to address Covid-19 over two years starting in early 2020. But instead of seeking to de-escalate this developing crisis, slow down their relative decline and accommodate to new global realities, the US and its allies have increased ultimately ineffective sanctions against Russia and are wantonly menacing China. The majority world watches as the US teeters on feet of clay toward a truly comprehensive and deeply ignominious strategic political, economic and ultimately military defeat. In that global context, the ALBA-TCP summit is yet another example of the global division the US and its allies have provoked which is leaving them steadily more isolated.

Voting patterns in the UN General Assembly this year have reflected this reality while also suggesting a multifaceted and radically nuanced range of interest-based policy decisions rather than any kind of clear-cut set of allegiances like those of the Cold War. That said, and in the context of the Americas, it may be helpful to identify what seem to be two clear ideological poles towards which different countries and their governments in North America, Latin America and the Caribbean tend currently to gravitate one way or another. The US and its allies group around an imperialist pole, while the ALBA-TCP countries embrace anti-imperialism. It may be helpful to summarize that opposition as follows.

In Latin America and the Caribbean, the US is unable to suppress resistance to their imperialist policies. By contrast, the Bolivarian Alliance countries in particular have successfully challenged US regional policies and their local elite enforcers. Nicaragua’s case bears out ALBA’s overall regional example. Since taking office in January 2007,  Nicaragua’s Sandinista government led by Daniel Ortega and Rosario Murillo have decisively prioritized social and economic policies centred on the needs and aspirations of the human person.

Regional autonomy, infrastructure investment, active promotion of cultural identity and diversity have all radically empowered Nicaragua’s indigenous and afro-descendant peoples. Nicaragua’s foreign policy long ago stopped favoring the interests of North America and Europe. By re-opening its relations with the People’s Republic of China last year, developing its relationship with Iran and reaffirming its historic relations with Russia, Nicaragua is simply deepening its commitment to a multipolar world based on the fundamental principles of the United Nations.

Within Central America and the wider region Nicaragua has worked constantly since 2007 towards integration favoring the needs and aspirations of the region’s peoples based on the ALBA-TCP principles of solidarity and complementarity. The main factors blocking the development of the Central American Integration System are the recalcitrance of Costa Rica, US intervention in Honduras and Guatemala and Nayib Bukele’s reactionary position representing El Salvador. The neocolonial collaboration of local elites in Central America with their foreign patrons contrasts increasingly starkly with Nicaragua’s commitment to creating sovereign national wealth via productive investment. Especially since the failed coup attempt in 2018, Nicaragua has been the country in the region where grass roots social and economic democratization has most clearly prevailed against the local foreign-aligned oligarchy.

In all these dimensions and senses, Nicaragua accompanies Bolivia, Cuba and Venezuela. Under the redoubtable leadership of President Nicolas Maduro, Venezuela has miraculously overcome more than a decade of relentless US aggression so as to remake its economy and society. Bolivia’s President Luis Arce and his team have steadily made good the huge damage and deep social and economic wounds inflicted on the country and its people by the US backed coup of 2019. Against all odds, revolutionary Cuba survives and looks forward to a better future, despite the crushing burden and difficulties of 60 years of continuing genocidal blockade by the US authorities. Like their counterparts elsewhere in the world, in the Americas the ALBA-TCP countries have demonstrated that the United States and its allies have acted above all to isolate themselves, while the rest of the world goes on advancing without them towards a better future of peace and prosperity.