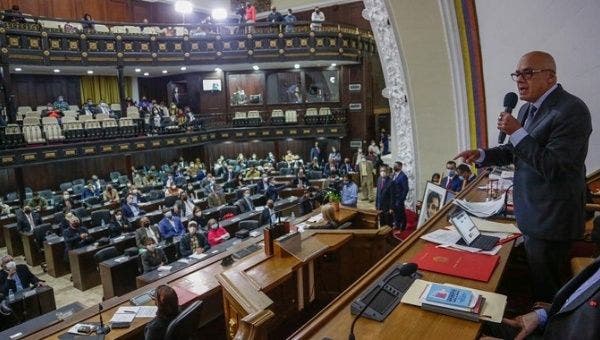 The countries of the Bolivarian Alliance for the Peoples of Our America-People’s Trade Treaty (ALBA-TCP) have “energetically” rejected the latest sanctions approved by the European Union (EU) against 19 representatives of the different powers of the Bolivarian Republic of Venezuela in a joint communiquè.

“These actions constitute a clear violation of international law and represent an unacceptable interventionist application that in no way contributes to the development of the Venezuelan people,” the text underlines.

In this sense, the South American alliance has ratified its “solidarity” and support to the Venezuelan government and people and demanded the international community to reject the Brussels measures and “demonstrate in defense of the principles of respect for the sovereignty, self-determination, and independence of peoples.”

Likewise, the note urges the U.S. Government and the EU to lift the “unilateral coercive measures against Venezuela” since they produce severe effects on the enjoyment of the entire Venezuelan population’s human rights.

Meanwhile, the Venezuelan Foreign Minister, Jorge Arreaza, has praised in a message published on Twitter the ALBA-TCP governments’ gesture while demanding the cessation of “European neocolonial pretensions.”

The Venezuelan authorities urge the EU to put an end to its systematic aggression and change its approach towards its relations with Latin America and express its willingness to build new ties with the community bloc based on mutual respect to rebuilding trust.

The new anti-Venezuelan measure comes in response to the legislative elections of December 6, 2020, in the Bolivarian country, elections that Brussels considered illegitimate and lacking in guarantees.

Caracas assures, however, that it has had a reliable electoral system for many years, governed by the country’s National Electoral Council (CNE), and denounces that criticisms in this regard reflect a brutal interference campaign against the Bolivarian nation.

#Venezuela rejects the Foreign Affairs Council decision, which arbitrarily imposes Unilateral Coercive Measures against 19 Venezuelan officials, as an expression of its frustration at the failure of its aggression against our people.