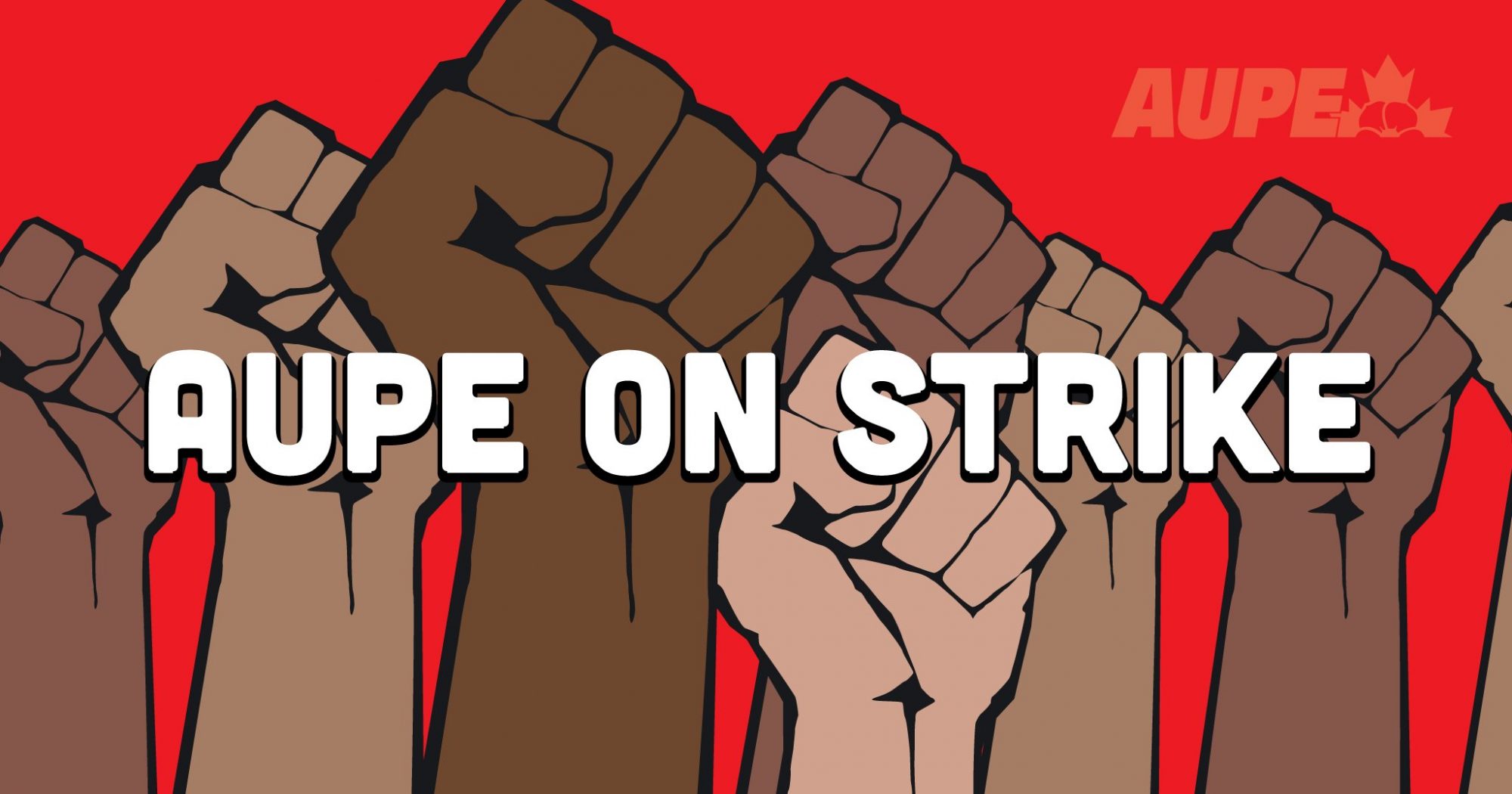 Alberta Is Closer Than Ever To A General Strike

Yesterday, wildcat strikes popped up across the province from hospital support staff, which have been welcomed by other unions.

Canada – The powder keg of Alberta labour relations has finally exploded, in a good way. Yesterday, wildcat strikes popped up across the province from hospital support staff who learned last week that 11,000 of their own will be getting laid off.

According to reporting from Progress Alberta, there were at least 49 wildcat strikes across 35 municipalities in the province, from the major cities of Calgary and Edmonton to small towns such as Whitecourt and Cardston.

It was a spontaneous action, according to Alberta Union of Provincial Employees (AUPE) president Guy Smith, who said the walkout wasn’t authorized by the union but that its membership taking their fate into their own hands has their full support.

AUPE represents more than 58,000 food service staff, cleaners, porters, clerical staff and maintenance workers at hospitals across Alberta. They were joined on the picket line by nurses, health-care aids and other workers expressing their solidarity.

A major impetus for this job action, as Smith acknowledged, was the CBC’s revelation a couple weeks ago that showed the United Conservative Party (UCP) government was planning a radical restructuring of the public healthcare system, beginning with the elimination of 10,300 full-time jobs impacting up to 16,700 staff, including nurses and other front-line workers.

The leaked internal documents in the CBC report  — dated July 29 — stated: “There is much to be accomplished in a short period of time, and an intensity of impact that must be recognized […] The pace and amount of work set out here is not to be understated, with the collection of initiatives truly changing the way health care is delivered in Alberta for years to come.”

While the CBC was waiting for comment from the ministry, the government — in characteristically slimy fashion — leaked an updated plan to Postmedia, which acknowledged 11,000 layoffs of support staff and 800 front-line jobs lost through attrition, all to save just $600 million a year. By contrast, one of the first actions the UCP took was to reduce the province’s corporate tax rate by one percentage point, which cost a bare minimum of $4.3 billion.

“The anger and the frustration that’s been building up for over a year was really set to light by that (announcement) two weeks ago,” Smith told the Edmonton Journal.

As I’ve written here previously, Premier Jason Kenney has the ultimate goal of crushing the province’s labour movement for good, using his legislative powers as a weapon against working people by banning protest at what the government decides is “critical infrastructure” while restricting picketing and whatever the government deems to be “political activity” outside of collective bargaining.

And the UCP government — which has been in power only 18 months — is just getting started.

Well, yesterday’s job action shows what happens when these worlds collide, with overworked public healthcare staff pushing back against government attempts to strip them of their rights, while contracting out their jobs to people looking to profit from a pandemic.

As United Nurses of Alberta president Heather Smith, whose membership is next on the chopping block, put it, “You can’t continue to beat people and expect that they’re just going to take it.”

The government initially dispatched not the health minister, nor labour minister, but Finance Minister Travis Toews to deal with their communications on these strikes, which aptly demonstrates where their heads are at.

“Those involved in this illegal action will be held accountable. My expectation is that all unions respect the bargaining process, stop putting Albertans’ safety at risk and abide by the law,” said Toews, perhaps unaware of his government having unilaterally delayed contractually-mandated arbitration hearings for public sector workers and ripped up doctors’ contracts.

Meanwhile, Alberta Health Services (AHS), an arms-length organization that delivers healthcare in the province and is separate from Alberta Health, is calling on workers to return to the jobs many of them will soon lose.

AHS successfully petitioned the Alberta Labour Relations Board (ALRB) to force the employees back to work and said in the meantime they’ll try to get non-union workers and management to replace those on strike.

Despite the foregone conclusion that the ALRB would rule against the union, there is reason for optimism.

It was incredibly heartening to see the province’s other major unions express unmitigated solidarity with the hospital staff.

Health Sciences Association of Alberta, which represents 27,000 healthcare workers in the province, placed blame for any reduction in hospital service squarely on the government for “health-care cuts that were heartlessly announced in the midst of this pandemic.”

President Mike Parker said, “Health-care workers have been working tirelessly to keep Albertans safe and they have been rewarded with threats to their jobs by a government that is hell-bent on ripping apart our public health-care system.”

The union also affirmed that it wouldn’t allow its membership to cross the picket line, contrary to the employer’s wishes.

“These heroes, at their own personal risk, have been standing up for us and fighting the pandemic head-on, and they deserve support and encouragement instead of disrespect and the threats of job losses. We stand with them.”

Rumblings of a general strike in Alberta have been audible since the UCP took power last year, with their deep-seated hostility to organized labour. These rumblings have never been closer to fruition.