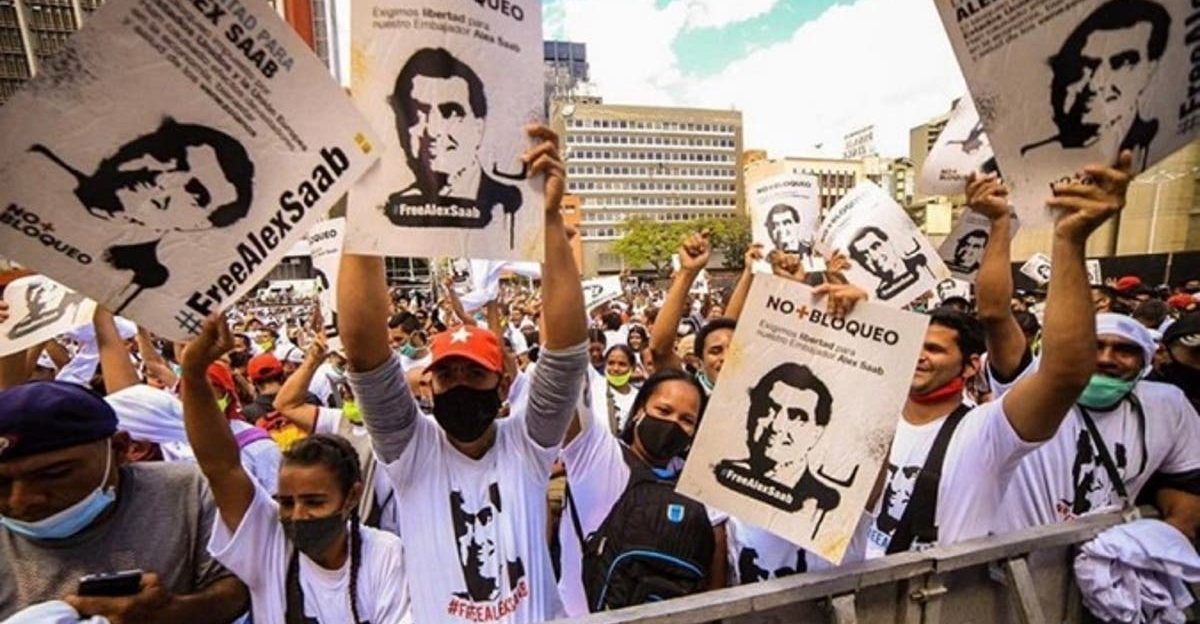 Mapping of the Main Violations of International Law Directly or Indirectly Attributable to the United States of America in the Context of the Arrest and Arbitrary Detention of Alex Saab in Cape Verde.

Alex Saab is a Special Envoy of the Bolivarian Republic of Venezuela and also its Deputy Permanent Representative to the African Union. He was arrested and detained in the Republic of Cape Verde (“Cape Verde”) on June 12, 2020, following a request from the United States of America and remained in arbitrary detention until October 16, 2021, when he was illegally removed by the United States to Miami.

The same technique is frequently used by the United States in extraordinary prisoner transfer programs or secret prisons abroad. The program is all about forcing a foreign state, most of the time a vassal of the United States, to violate international law and human rights on its territory on behalf and for the interests of the United States.

In the context of the arrest and detention of Alex Saab, all the signs are that this operation is the result of an interstate unlawful joint operation between the United States and Cape Verde, aimed at undermining the government of Venezuela, under the guise of a judicial cooperation procedure.

The main violations that should be highlighted may be classified under five main categories:

1. The Illicit Sanctions Program: it should be noted that the arrest of Alex Saab was orchestrated while he was undertaking a humanitarian Special Mission to Iran, which was considered crucial to Venezuela’s interests. In this sense, such an arrest has the collateral effect of scuttling a mission of major political importance and which was likely to offer solutions to combat what the UN Special Rapporteur calls “the negative impact of unilateral coercive measures on the enjoyment of human rights”. This cannot be reasonably seen as a coincidence and may be considered as encompassing several violations of international law including principles of sovereign equality; political independence; non-intervention in the domestic affairs of states; and peaceful settlement of international disputes (article 2(1) of the UN Charter (sovereign equality); article 2(4) of the UN Charter; article 33(1) of the UN Charter) and international human rights law (including right to life, right to development, right to health, right to physical integrity, etc.).

2. The Abuse of the Interpol Red Notice Mechanism: In the context of the operation orchestrated by the United States to arrest Alex Saab, the American authorities and Interpol itself, clearly misused Interpol’s mechanisms by requesting and agreeing, respectively, the
publication of an Interpol Red Notice for political purposes. In doing so, the United States and Interpol failed to comply with a series of norms regulating Interpol’s activities, beginning with Article 3 of Interpol’s Constitution according to which “it is strictly forbidden for the Organization to undertake any intervention or activities of a political, military, religious or racial character”, as well as Article 2 requiring Interpol and its members “to ensure and promote the widest possible mutual assistance between all criminal police authorities within the limits of the laws existing in the different countries and in the spirit of the Universal Declaration of Human Rights.”

There is no doubt that in the case of Alex Saab, in specifically targeting a Venezuelan diplomat undertaking a Special Mission to Iran, Interpol’s mechanisms were used for purely political purposes, in violation of Interpol’s principle of political neutrality, and in violation of human rights. Alex Saab has been identified by the U.S. Department of the Treasury Office of Foreign Assets Control (“OFAC”) as one of the persons “who has acted or purported to act directly or indirectly for or on behalf of” the Maduro government and has been assimilated to the “Government of Venezuela” according to the proper definition of US Executive Orders. Indeed, Alex Saab was designated on July 25, 2019, pursuant to Executive Order 13850 as one of the people directing “a scheme” from Venezuela. These elements demonstrate the clearly political nature of the instrumentalization of Interpol’s mechanisms.

3. The Violation of Diplomatic Immunity: By using the mechanisms of Interpol and sending an extradition request to Cape Verde against a Venezuelan diplomat on a humanitarian Special Mission to Iran, the United States is contributing to the violation of the principles and norms of international public law (as reflected for instance in the 1969 Convention on Special Missions echoing customary law) that enshrine the sovereignty of States, the principle of noninterference in internal affairs of another sovereign state and the principles of immunity and diplomatic inviolability. Although duly informed of Alex Saab’s diplomatic status, and despite the protests of various states (including Venezuela, Iran, Russia), the United States refused to withdraw its extradition request and thus contributed to prolonging the arbitrary detention of Alex Saab in Cape Verde.

4. The Systematic and Grave Violations of Human Rights Law, including Torture: In this case, by orchestrating such an operation to arrest and arbitrarily detain a political opponent in his capacity as a Venezuelan diplomat, the United States is complicit in a series of human rights violations: arbitrary arrest and detention; acts of torture (to which it is alleged that American agents have participated) in order to obtain information or incriminations from the Venezuelan government; ill-treatment; denial of access to medical care; and violations of judicial guarantees and rights of defense.

It is alleged that the refusal to withdraw the extradition request, by the United States knowingly, despite the human rights violations that have been reported and documented since June 12, 2020, accentuated and prolonged these. He has not been tried for any crime, neither in Cape Verde nor in the United States, and yet he spent 16 months in arbitrary detention on a simple request from the United States. It may therefore be alleged that treaties such as the International Covenant on Civil and Political Rights or the Convention against torture are violated, directly and by proxy.

5. Three specific violations in particular place the deliberate and knowing violation of Alex Saab’s rights in stark contrast against the platitudes from the Cape Verde authorities about their “respect for the Rule of Law and international human rights law.” First, despite two binding decisions of the ECOWAS Court of Justice against Cape Verde issued on March 15 and June 24. In its decisions the Court ruled that Alex Saab’s detention was illegal, that he be freed immediately, that the extradition process be terminated, and he be paid compensation of $200,000. In other words, the United States, with impunity, forced its vassal state, Cape Verde, to not comply with the decision of a highly respected international court.

Second, the United Nations Human Rights Committee (“UNHRC”) on June 8 and 16, 2021, in granting interim measures, ordered Cape Verde to halt the extradition of Alex Saab whilst it investigated allegations of torture and denial of access to health care. Cape Verde’s failure to even acknowledge these directives resulted in it receiving an unprecedented strongly worded letter in July from four United Nations Special Rapporteurs and one Working Group highlighting Cape Verde’s obligations under international treaties and conventions regarding Alex Saab. All these communications went unanswered and left many observers shaking their heads in disbelief. This behavior from one of the smallest nations on earth did not take place without it knowing that the United States had “its back” and that the United States would ensure that no harm would come to its vassal state as a result of defying the global diplomatic community in fulfilling the political goals of the United States.

Third, in recognition of Alex Saab’s failing health, Cape Verde’s Barlavento Court of Appeal ordered on 31 August that he be transferred from the island of Sal to the capital city of Praia. The aim was to enable to Alex Saab, a cancer patient, to receive the urgent specialist medical attention he required. The United States was so determined not to allow Alex Saab to retain any semblance of dignity that it forced, through its proxies in the local police, to shamelessly stall Alex Saab’s transfer on medical grounds until its political goal was fulfilled on October 16,2021.

The long-term implications of the arrest and kidnapping of a diplomat undertaking a peaceful humanitarian Special Mission are likely to be negative. Smaller nations in particular, who join multi-lateral organizations for the protection they offer from the hegemony of larger nations should be deeply concerned. As the Russian Federation noted in a statement issued on August 12, the United States and Cape Verde should be on notice that their actions could “boomerang” on the co-conspirators.