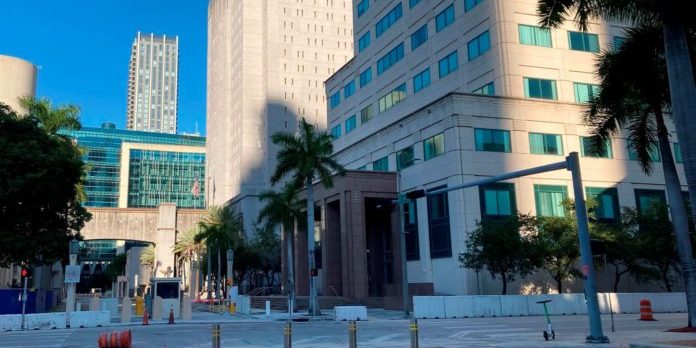 Alex Saab To Appear Today Before A Judge In Miami

On the afternoon of Monday, October 18, Venezuelan diplomat Alex Saab will appear before a judge in Miami, United States, after having been illegally extradited from Cape Verde. This action has been classified by the Venezuelan government as a kidnapping by the US with the complicity of Cape Verdean authorities.

A spokeswoman for the US Justice Department, Nicole Navas, reported that Saab is scheduled to appear at 1 p.m. on Monday, October 18 before Judge John J. O’Sullivan of the US Federal Court for the Southern District of Florida. “Saab was extradited today from Cape Verde to the United States to be processed on the charges that were brought against him in July 2019,” stated Navas.

The US government accuses Saab of allegedly laundering the equivalent of over $350 million. In addition, he was sanctioned in 2019 by the Office of Foreign Assets Control (OFAC) of the US Treasury Department for allegedly being part of several large-scale corruption schemes. So far, they have not presented any evidence.

Under US pressure, authorities of Switzerland had initiated an investigation that lasted two years, evaluating Alex Saab’s accounts in that country. This year, Swiss authorities decided to close the case due to the lack of evidence.

The diplomat’s lawyers have called the extradition illegal, given that the legal procedure in Cape Verde was not completed.

For their part, Venezuelan authorities have condemned Saab’s extradition as a kidnapping by the US and Cape Verde, where he was arbitrarily detained and tortured. The authorities of both countries disregarded the fact that Saab had diplomatic immunity at the moment of his arrest, and there was no Interpol red notice either—it arrived a day after his arrest.

Through a statement, the government of Venezuela denounced the fact that the diplomat was kept in prison for 419 days without due process, which violates the Vienna Convention.

“The government of the Bolivarian Republic of Venezuela repudiates this serious violation of human rights against a Venezuelan citizen, a diplomat and representative of our country to the world,” read the statement.

In response to the arbitrary extradition of Saab, the delegation of the Venezuelan government at the national dialogue with sectors of the opposition, taking place in Mexico City (Mexico Talks), announced that they are suspending their participation in the third round of the dialogue, and they will not travel to Mexico for the talks that were scheduled to begin on Sunday, October 17.