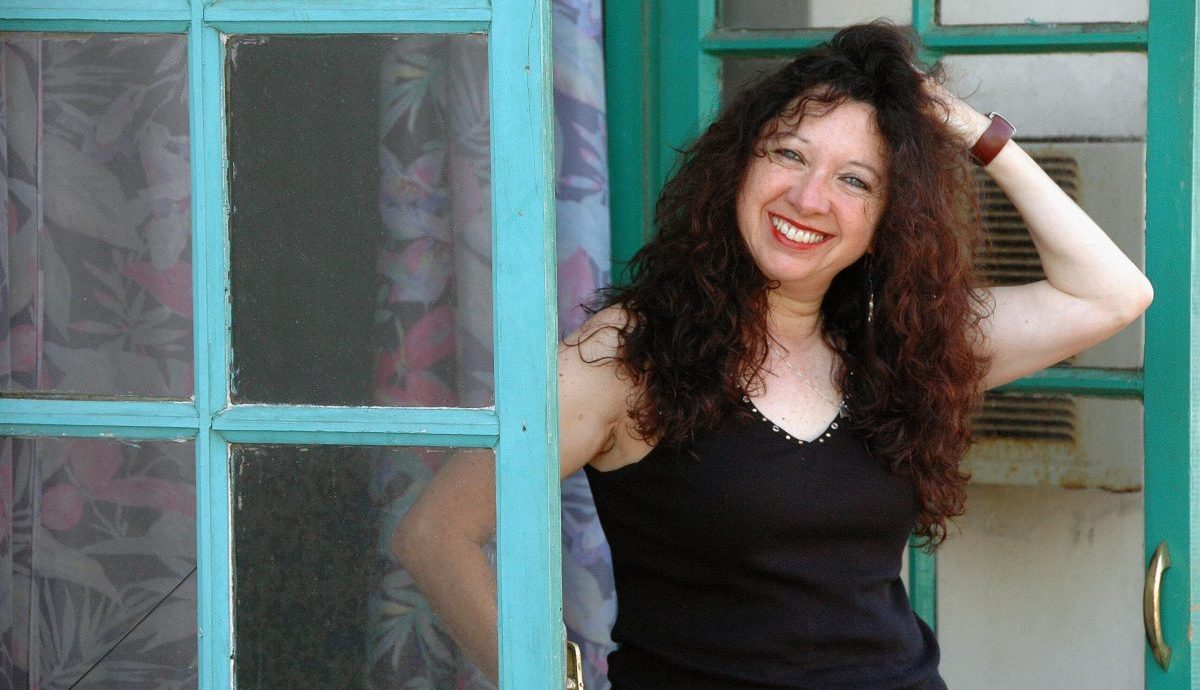 With deep sorrow and on behalf of her family, we announce that our dear colleague, sister and friend Alicia Jrapko passed away last evening after fighting a cruel illness for more than two years. In spite of the hard treatment, she never stopped working as much as she could.  Alicia regretted not being able to continue contributing, loving and living with the energy that always characterized her.

Alicia was a great Argentine revolutionary, the daughter of workers who at a very young age took up the struggles of a generation that dreamed of building an Argentina with social justice for the people. Alicia once said in an interview…”in Latin America a great admiration was forged for Cuba, for Fidel, Raul, Che and so many other revolutionaries. In Argentina we wanted the same thing, but it was not achieved and a great part of my generation lost their best children”.

Alicia was born on January 1, 1953 in Merlo, Buenos Aires province, grew up and was educated in Córdoba, where she studied journalism. Argentina’s military dictatorship imposed in 1976 unleashed a fierce repression against all popular militants. Thirty thousand were detained-disappeared, among them many of Alicia’s classmates. She was unable to finish her degree, and with the clothes she was wearing, in the same year ’76 she had to go into exile.

Each of Alicia’s three children bear the middle names of her disappeared comrades: Gabriela Emma, Eileen Mabel and Juan Alberto.

For several years she lived in exile in Mexico, then settled in the United States, the most difficult country and at the same time the most necessary to support the causes of Latin America and fight against imperialism…it was difficult for her to understand the aggression, the lies and the attacks against Cuba by the media and the government.

Alicia became committed to the struggles of US workers and starting in the early 1990s to Cuba solidarity work through IFCO- Pastors for Peace, where she worked closely with Rev. Lucius Walker as his west coast coordinator and helped organize and recruit African American and Latino students to attend the Latin American School of Medicine (ELAM) for free to become doctors in their communities. Her solidarity work brought her closer to Cuba every day; she became a spokesperson for many caravans of Pastors traveling thousands of miles through the US to counter the lies of the US government against the revolutionary island while collecting humanitarian aid as a symbol of solidarity with the Cuban people. “We knew that the humanitarian aid we were taking to Cuba was symbolic, but we wanted to show that the U.S. government could not block solidarity between peoples. And we wanted to show that Cuba was not alone. The experience of traveling to Cuba on Pastors for Peace caravans changed my life forever and brought me closer to Cuba and its people.”

In 2000 Alicia was in the forefront of the battle for the return of Elian Gonzalez to his father in Cuba but her pivotal work can be found in the struggle to free the Cuban 5 political prisoners, unjustly incarcerated for monitoring the activity of terrorists in the US against Cuba. Alicia assumed with determination and incomparable courage the leadership of the International Committee for the Freedom of the Cuban Five in the United States, and managed to get trade unionists, religious leaders, congressional representatives, jurists, intellectuals, actors and artists to join the campaign for the release of Cuban anti-terrorist fighters Gerardo Hernandez Nordelo, Ramon Labañino Salazar, Antonio Guerrero Rodriguez, Fernando Gonzalez Llort and Rene Gonzalez Sehwerert.

From 2002 until his release in 2014, regardless of the risks and the enormous distances, together with her partner in struggle and dreams, Bill Hackwell, she visited Gerardo Hernandez more than a hundred times in two maximum security federal penitentiaries , and was the constant and affectionate supporter of family visits.

Alicia’s enormous work and political commitment transcended before the Cuban people who conferred her several distinctions, among them the Felix Elmuza Medal awarded by the Union of Journalists of Cuba, the Shield of the city of Holguin and the Medal of Friendship awarded by the Council of State of the Republic of Cuba through the Cuban Institute of Friendship with the Peoples -ICAP-, for her immense work during the long years of struggle for the freedom of the Five.

Pages would not be enough to describe the enormous work that this courageous woman carried out with extraordinary modesty, simplicity, dignity and fidelity, with all her energies placed at the service of human betterment throughout her precious life.

Alicia’s work focused on Latin America including the defense of the Bolivarian Revolution of Venezuela and she was also a visible presence in the anti war movement to end the US wars in Afghanistan and Iraq.

Since 2011 Alicia has been a co-chair of the National Network on Cuba (NNOC). She was the coordinator of the International Committee for Peace, Justice and Dignity for the Peoples in the US, and founder and co editor of Resumen Latinoamericano in English. She created the US chapter of the Network in Defense of Humanity and was a member of its General Secretariat. In her last project, despite being ill, Alicia was the co-chair of the Nobel Committee for Cuba’s Henry Reeve medical brigade, in one more effort in her tireless fight against the criminal blockade of Cuba.

Her name, Alicia, is the essence of truth. That truth was carried as a banner by our dear Ali throughout her life, the truth of the people against injustice, the truth, honesty, dignity and modesty of true revolutionaries, capable of giving their all, without any other personal ambition or motive. Alicia’s style of leadership pulled people to her and the struggle, always with her big smile and sincerity, earning her the respect of all.

She honored us with her friendship and affection, with her enormous courage. And she leaves us all in this infinite sadness, but she also leaves us with her example of how to live a life, of struggle, nobility, dignity and hope.

All our love goes to Gabriela, Eileen and Juanito, her beloved children, her life partner Bill Hackwell, her six grandchildren, the youngest Che Simón, born this January 5th, whom she could not see or hold in her arms, but was able to listen to an audio of his cry for the future with a big smile; to her dear brother in Argentina, family, friends and colleagues in the United States.

We will never forget you, soul mate, dearest sister and mother.

You will always be present!