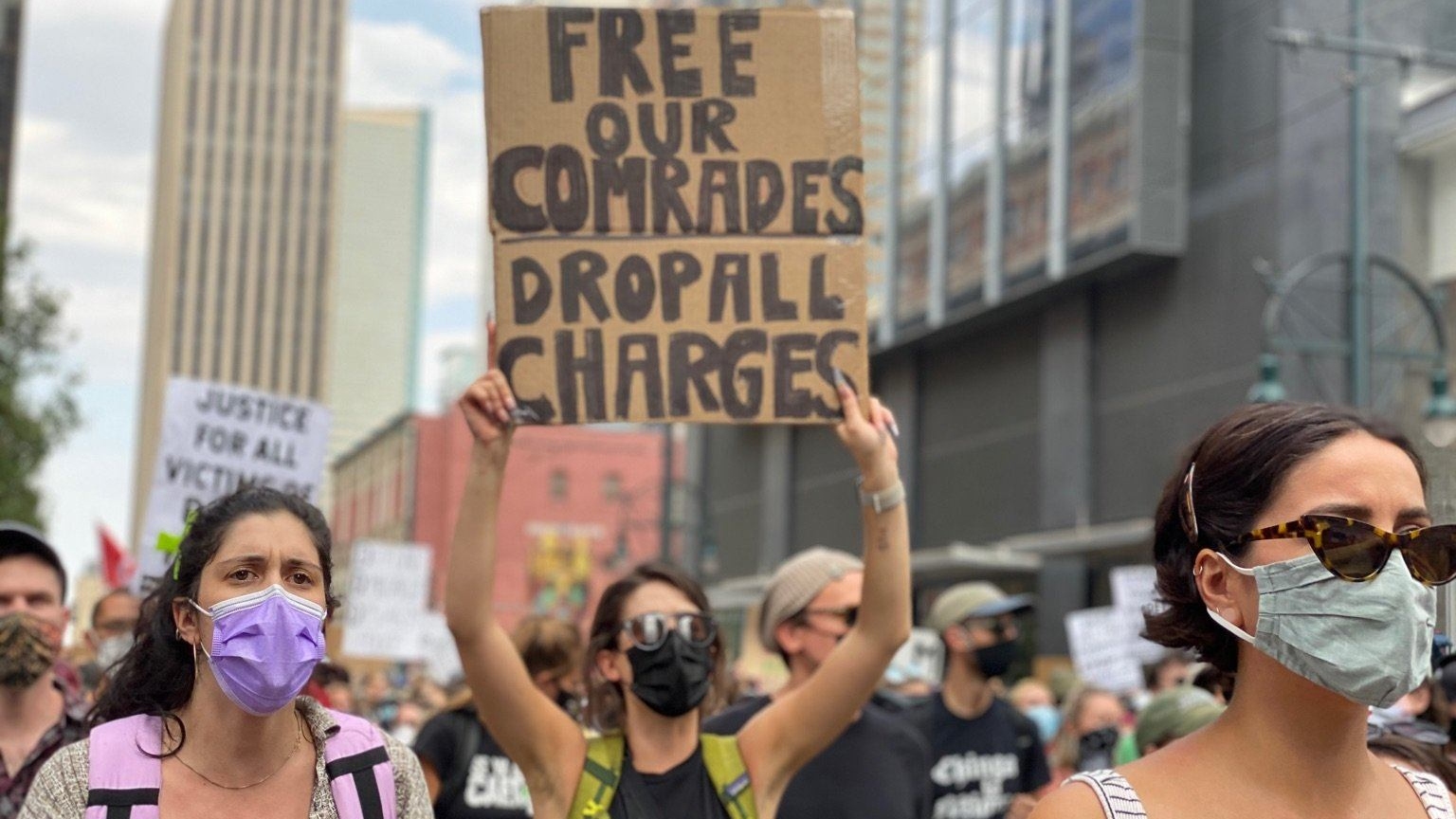 Charges Dropped Against Activists Who Fought For Justice For Elijah McClain

The 12 remaining charges against Joel Northam, Lillian House and Terrence Roberts were dropped close to a year after their arrest.

The decision comes weeks after the indictment of three police officers and two paramedics for the murder of Elijah McClain.

The last remaining charges have been dropped against three activists in the US who were involved in organizing protests seeking justice for Elijah McClain. On September 13, Monday, John Kellner, the 18th Judicial District Attorney for the Arapahoe County in Colorado State, announced the dropping of all the 12 remaining charges against Joel Northam, Lillian House and Terrence Roberts, nearly a year after their arrest. Northam and House are members of the Party for Socialism and Liberation (PSL).

While the decision to withdraw all charges against House and Roberts was taken on Monday, the motion to clear Northam of charges was passed on September 9. The decision comes months after felony charges were withdrawn in April this year by Kellner. The last remaining misdemeanor charges together carried a maximum prison sentence of 13.5 years.

The three activists from Denver, Colorado were among the organizers of mass protests in Denver and Aurora last year when the George Floyd protests had swept the country.

They were arrested on September 17, 2020, along with two other activists, Russell Ruch and Eliza Lucero, after the protests led to clashes with the police in Aurora. The activists were arrested by large armed police teams and released later, after massive protests.

Even after their release, they faced a total of 69 charges between them, including incitement of riots, theft and attempted kidnapping of police officers. The charges together carried a maximum prison sentence of 48 years for each of them. In March this year, a local judge at the Adams County Court threw out the attempted kidnapping charges against the activists. This was followed by the district attorney withdrawing major felony charges in April.

Responding to the news, the Denver chapter of the PSL posted said the fact that “not a single charge of the original 69 stands today represents a tremendous victory.”

In a statement, the National Committee for Justice in Denver, a campaign launched in January to support the defense of the activists, pointed out that the “targeted organizers met the attack with unbending courage and refused to take a plea, forcing the prosecution to either drop the charges or prove them in court.”

The committee also noted that the overwhelming support for the activists that fought back against the persecution “is what defeated the repressive attack of the Aurora Police and prosecutors.”

“This indictment exposes the sham investigation of the Aurora Police Department and the decision of former District Attorney Dave Young not to pursue charges against the killers. It emboldens the people of Aurora, Colorado, and beyond to continue organizing for police accountability. This outcome is precisely what this prosecution sought to prevent,” the statement added.

Speaking to Breakthrough News, Eliza Lucero, who also faced charges that were later dropped, stated that the PSL “made the early decision when we were arrested that we weren’t going to allow this repression to make us bury our heads or go underground or scare us….that we were going to fight these charges and weren’t going to allow this repression to stop the fight for justice for Elijah McClain.”

Earlier this month, on September 1, three police officers and two paramedics were indicted for the murder of Elijah McClain after more than a year of protests demanding justice.

23-year-old McClain was killed on August 30, 2019, while the police were apprehending him after receiving a phone call wherein he was accused of “sketchy” behavior. McClain was pinned down by the police officers, with one putting him in a chokehold for nearly 15 minutes, and was administered a dangerous sedative by paramedics, both of which the prosecution alleges caused his death.

Lillian House told Breakthrough News that the “indictments are a major victory, but they’re not convictions yet. This is just the beginning of the people here taking power.”