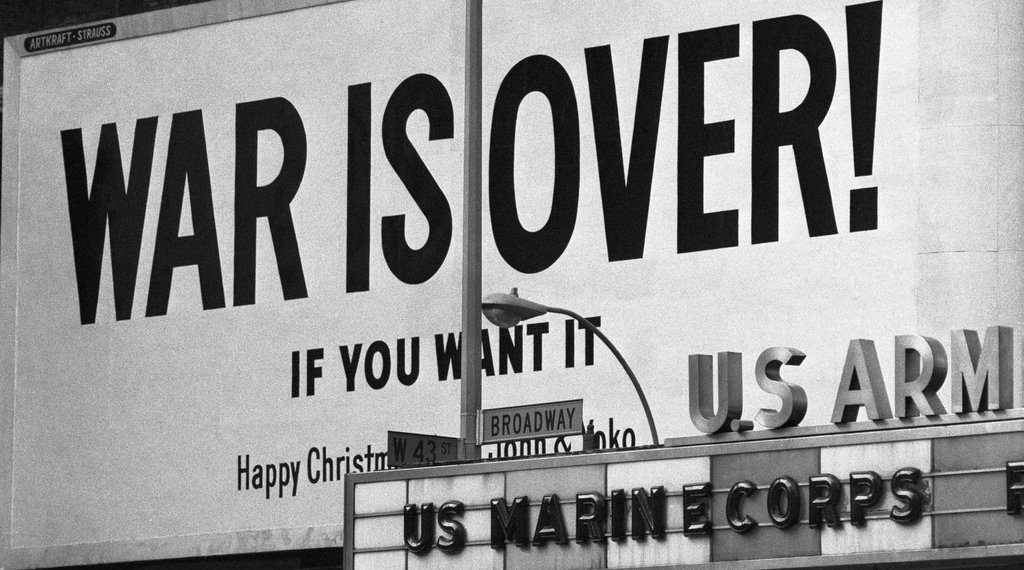 All Wars Are Illegal, So What Do We Do About It?

Above photo: From Getty Images.

Every war being fought today is illegal. Every action taken to carry out these wars is a war crime.

In 1928, the Kellogg-Briand Pact or Pact of Paris was signed and ratified by the United States and other major nations that renounced war as a way to resolve conflicts, calling instead for peaceful ways of handling disputes.

Such prosecutions should have prevented further wars, but they have not. David Swanson of World Beyond War argues that a fundamental task of the antiwar movement is to enforce the rule of law. What good are new treaties, he asks, if we can’t uphold the ones that already exist?

The United States is violating international law, and escalating its aggression

All wars and acts of aggression by the United States since 1928 have violated the Kellogg-Briand Pact and the United Nations Charter since it was signed in 1945. The UN Charter states, in Article 2:

“All Members shall refrain in their international relations from the threat or use of force against the territorial integrity or political independence of any state, or in any other manner inconsistent with the Purposes of the United Nations.”

Yet, the United States has a long history of threatening aggression and using military force to remove governments it opposed and install friendly ones. Illegal attacks by the US since World War II have resulted in 20 million people being killed in 37 nations. For example, as we outline in “North Korea and the United States: Will the Real Aggressor Please Stand Down,”the United States used violence to install Syngman Rhee in power in the 1940’s and subsequently killed millions of Koreans, in both the South and the North, in the Korean War, which has not ended. Under international law, the “war games” practicing to attack North Korea with conventional and nuclear weapons are illegal threats of military action.

The list of interventions by the United States is too long to list here. Basically, the US has been interfering in and attacking other countries almost continuously since its inception. Currently the US is involved directly in wars in Afghanistan, Iraq, Pakistan, Syria, Libya, Yemen and Somalia. The US is threatening Iran and Venezuela with attack.

The United States has 883 military bases in 183 countries and has hundreds of outposts scattered throughout the world. Lynn Petrovich recently examined the new defense budget. With regard to the Pentagon’s 2019 budget report, she writes:

“If the planet is our community, America is the bully in the neighborhood.  Reference to the word ‘lethal’ is sprinkled no less than 3 dozen times throughout The Report (‘more lethal force’ p. 2-6, ‘technology innovation for increased lethality’ p.1-1, ‘increasing the lethality of new and existing weapons systems’ p. 3-2).”

“Were it not for The Report’s dire (yet, fully funded) predictions for world domination, one would think this budget request was satire by The Onion.”

Included in the new budget are funds to recruit 26,000 more of our youth into the military, purchase ten more “combat ships,” build more F-35s, even though they don’t work, and “modernize” our nuclear weapons. At a time when the United States is losing power in the world and falling behind in wealth, the government voted nearly unanimously to provide $74 billion more than last year to be more aggressive. Imagine what that money could do if it were applied instead to improving public education, transitioning to a clean energy economy and a public works program to restore our failing infrastructure.

The United States empire is falling and blindly taking all of us down with it as it tries to assert its power.

What to do about it

The peace movement in the United States is being revived and building alliances with peace activists in many countries, and it can’t happen fast enough. There are many opportunities for action this fall, the “Antiwar Autumn.”

The World Beyond War conference, #NoWar2018, just concluded in Toronto. The focus of the conference was legalizing peace. Among the topics discussed was how to use courts to prevent wars, stop the escalation of militarism and investigate war crimes. Professor Daniel Turp of the University of Montreal and his students have sued the Canadian government over participating in extraditing prisoners to Guantanamo, potential intervention in Iraq and providing weapons to Saudi Arabia.

Turp recommends that activists who are considering legal action first look to domestic courts for a remedy. If none exists or domestic action is unsuccessful, then it is possible to turn to international bodies such as the International Criminal Court or the United Nations. Any people or organizations can file a report or complaint with these bodies. Before doing so, it is important to gather as much evidence as possible, first hand accounts are strong but even hearsay can be grounds to trigger an investigation.

Currently, Popular Resistance is supporting an effort to ask the International Criminal Court to launch a full investigation of Israel for its war crimes. People and organizations are invited to sign on to the letter, which will be delivered by a delegation, including us, to the Hague in November.

Click here to donate towards the delegation to the ICC.

William Curtis Edstrom of Nicaragua wrote a letter to the United Nations in advance of Trump’s visit to serve as the chair of the Security Council meeting. He is requesting “hearings, debate and vote on an effective plan of action against various crimes that have been committed by people working for the government of the US that are of significance to the global community.”

This week, Medea Benjamin confronted a Trump administration official, the head of the new “Iran Action Group,” at the Hudson Institute. President Trump is planning to advocate for more aggression against Iran at the United Nations. When the US tried this in the past, it has received push back from other nations Now it is clear it is the US, not Iran, that has violated the nuclear agreement and is conducting an economic war against Iran while threatening military action. The world is likely to stand up to Trump and US threats.

Recent progress towards peace by North and South Korea show that activism is effective. Sarah Freeman-Woolpert reports on efforts by activists in South Korea and the United States to build coalitions and organize strategic actions that create the political space for peace.

Leaders of both countries met this week to discuss improving relations and finding a compromise between North Korea and the United States. President Moon will meet with President Trump at the United Nations this month. Korean activists say that their greatest concern is that Koreans finally having “the ability to shape the future of [their] country.”

When we understand that war is illegal, our task becomes clear. We need to make sure that all nations, especially the United States, obey the law. We can replace war with mediation, conflict resolution and adjudication. We can legalize peace.

September 30-October 6 – Shut Down Creech – week of actions to protest the use of drones. More information and register here.

October 6-13 – Keep Space for Peace Week. Many actions planned in the US and UK. Click here for details.

November 3 – Black is Back Coalition march to the White House for peace in Africa. More information here.

November 10 – Peace Congress to End U.S. Wars at Home and Abroad. This will be a full day conference to define next steps for collaboration by activists and organizations in the US. More information and registration here.

November 11 – March to Reclaim Armistice Day. This will be a solemn march led by veterans and military families on the 100th anniversary of Armistice Day, which ended World War I, to call for celebrating Armistice Day instead of Veterans Day in the US. Click here for more information.

November 16-18 – School of Americas Watch Border Encuentro. This will include workshops and actions at the border between the US and Mexico. More information here.

November 16-18 – No US NATO Bases International Conference in Dublin, Ireland. This is the first international conference of the new coalition to close US foreign military bases. Click here for more details.