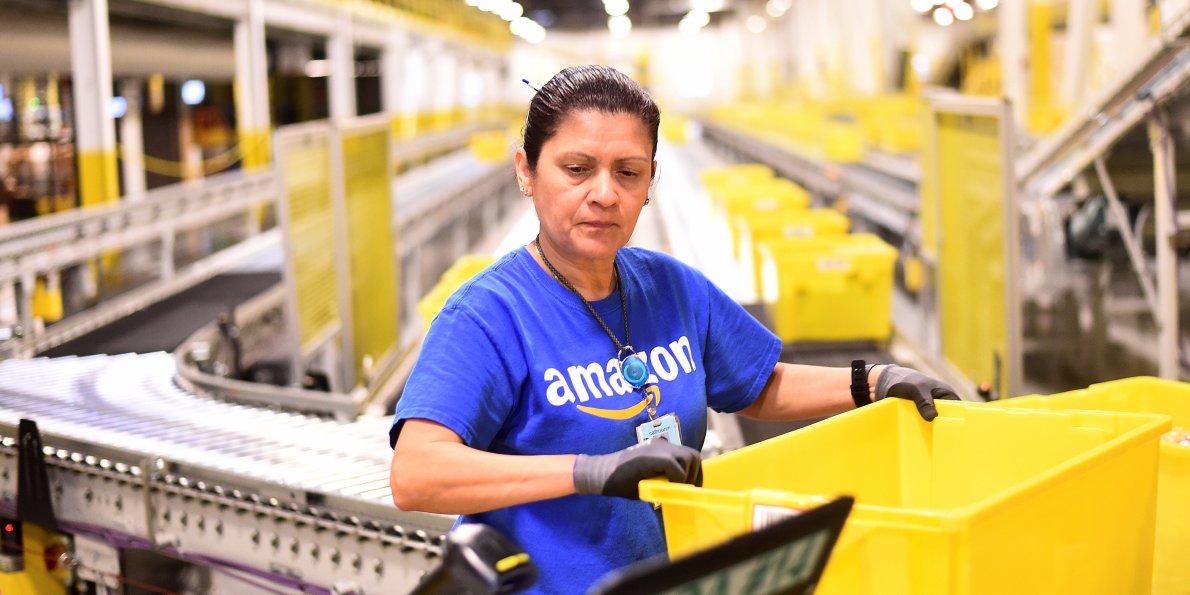 In short order, Amazon has become one of Ohio’s largest employers, after receiving tens of millions of dollars of state tax incentives for building warehouses, data centers and other projects along the way.

Now, the online giant has quickly made its way onto another list, one charting the state’s employers with the most workers and their family members who also qualify for food stamps.

Amazon had 1,430 workers and family members receiving benefits as of August, the group said Friday. A typical food-stamp beneficiary receives benefits for about two people, meaning Amazon likely has about 700 workers receiving food stamps, more than 10 percent of its Ohio workforce. 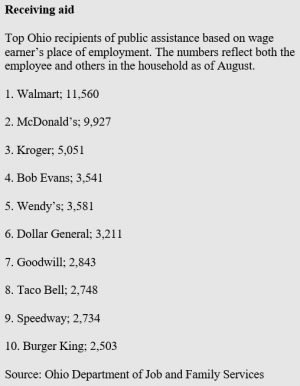 “We’ve appreciated having more employment, but maybe we should be focusing economic development dollars on good jobs. It’s pretty clear that a lot of these jobs are not good jobs,” he said. “That should raise a policy question for our public officials, and that’s why we think its worth pointing out.”

Amazon did not respond to a request for comment on Friday.

But the company has said that full-time employees at its warehouses receive competitive wages and comprehensive benefits, including health care, retirement and company stock awards. Employees receive maternity and parental leave benefits and have access to a program that prepays up to 95 percent of tuition for courses related to in-demand fields, regardless of whether the skills are relevant to a career at Amazon.

In central Ohio, hiring managers have said the company pays more than other warehouse jobs in the region.

“Amazon has created thousands of new jobs and generated millions of dollars in new payroll consistent with Ohio’s requirements for economic incentives,” the Ohio Development Services Agency said in a statement released Friday afternoon. “These jobs provide economic opportunity to Ohioans that may not have had it before.”

Amazon’s operations in Etna Township in Licking County and Obetz have more than 4,500 workers, more than twice what Amazon promised when it committed to the projects, said JobsOhio, the state’s nonprofit economic-development arm.

“These full-time associates now have jobs that include compensation that pays 30 percent above the national average for retail workers, opportunities for professional advancement, benefits that include health coverage starting on day one, generous maternity and family leave, and 95 percent tuition assistance for careers regardless if they are with Amazon,” JobsOhio said in a statement.

Amazon has about 6,000 workers in the state, ranking 53rd on the list of largest employers compiled by the Ohio Development Services Agency.

Wages are an important factor in economic-development projects, said Steve Weitzner, principal of Silverlode Consulting in Cleveland, which advises companies on site selection. Most states won’t provide incentives for low-wage jobs, he said.

In the past three years, Amazon has gone from no presence in the state to being the home to data centers in New Albany, Hilliard and Dublin; the two distribution centers; wind farms in northwestern Ohio; and other operations.

Thousands more workers will be added in coming years because the company is planning two more distribution centers in northeastern Ohio and another one in southwestern Ohio. The state has put in a bid to become Amazon’s second headquarters, a move that would bring up to 50,000 jobs and a $5 billion investment. Those jobs would pay $100,000 or more.

The company just bought Whole Foods, but those workers don’t figure to be in the state’s calculation.

It could be a case that some workers at Amazon are choosing to work part time, Schiller said.

“But I think it’s reasonable that if you’re a family on (food stamps), those folks would want to work more,” he said.

Walmart, the state’s top private employer with 50,000 workers, also has the most employees and their families getting food stamps.

The list of the top 50 employers is filled with retailers, food-service companies and restaurant chains. Big hospitals such as the Cleveland Clinic and OhioHealth make the list as well.