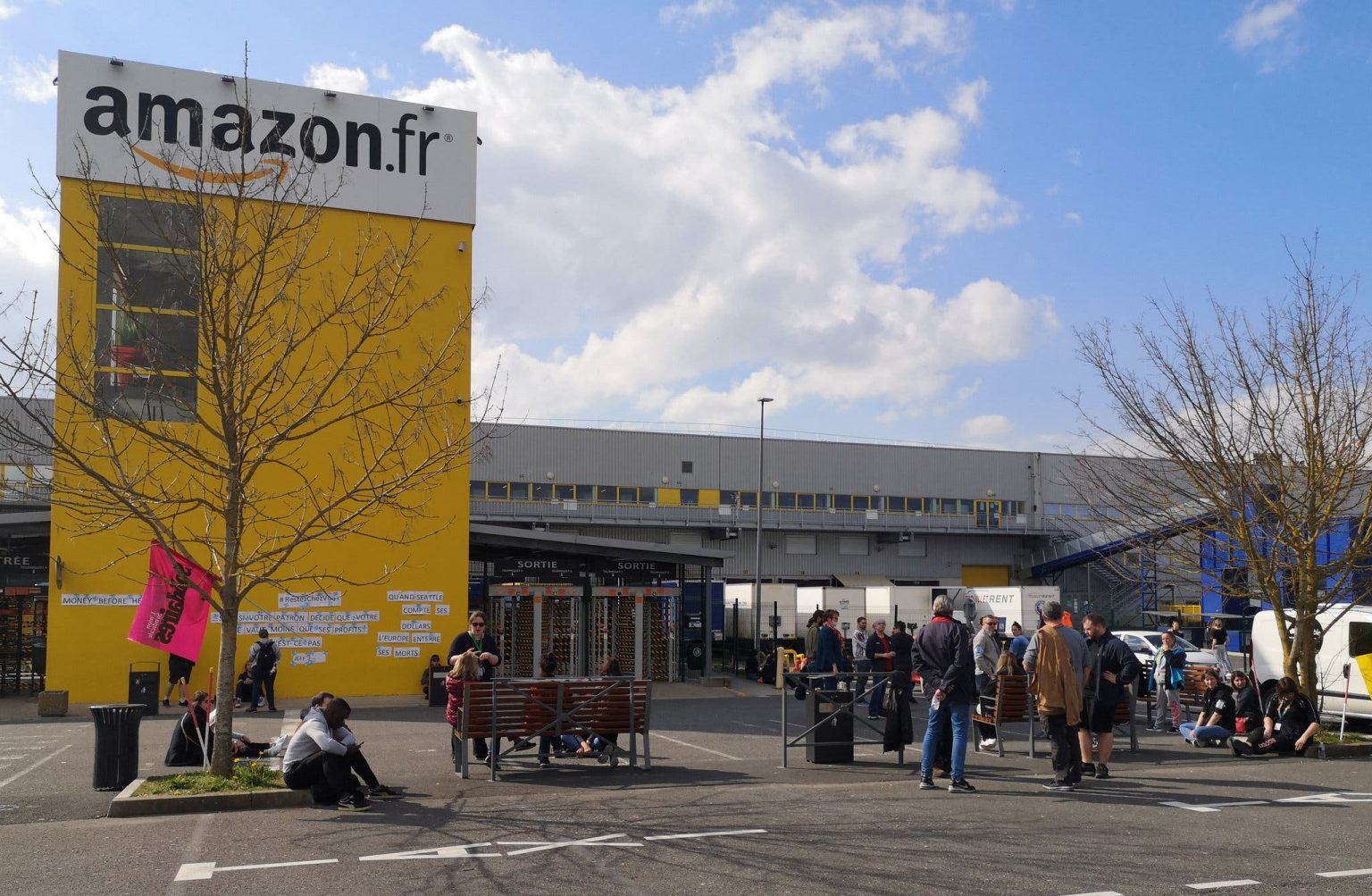 Fighting for wage increases that at least keep pace with inflation, workers at Amazon in France are expanding their strike across the country.

A strike by Amazon workers in France resumed in earnest on Tuesday, April 5, and extended to all Amazon sites across the country. “Management offered us a 3 percent increase, but we want at least 5 percent,” Antoine Delorme of the CGT Amazon trade union at Châlons-sur-Saône told Révolution Permanente.

This is happening in the context of compulsory annual negotiations (NAO) under France’s Labor Code. Management’s proposal of a wage increase that is less than inflation has provoked an unprecedented strike movement at every Amazon France facility.

Some sites had already gone on strike last week after initial NAO meetings, at which the bosses offered 2 percent. At the first post-strike negotiations, they upped the offer to 3 percent. The five unions involved (CGT, Sud, CFDT, CAT, CFE-CGC) said it wasn’t enough, and called a new strike — and this time, all eight sites went out at the same time. At some sites, barricades were erected to slow down trucks from entering and exiting.

“This is completely unprecedented at Amazon,” said Delorme. “It’s very important that we’re mobilizing together, because when a site is blocked, management shifts deliveries to come from another site. So, if we all respond together, we’re stronger.”

Alain Jeault, CGT central union delegate, says there are 1,200 strikers in all.

Many of these workers are on strike for the first time. At the Châlons site, some 200 full-time employees are striking, out of 700 — a significant number given the obstacles and difficulties of striking against this type of company.

At some sites, it was the workers themselves who demanded of their elected union representative that a strike be called. Delorme said that when the strike by one team had stopped, “workers from another team asked us to start the strike again!”

Compare Amazon’s enormous $33 billion in profits last year with the proposed increases, and you can understand why strikers want to fight. And the strikes are likely to continue, Delorme said, because management refuses to go up to 5 percent.

“Whatever happens,” he said, “this is an issue that affects everyone today — you in your company, me in mine, and everywhere. And even in other countries. In fact, I want to salute our colleagues in the United States who created the first Amazon union in the country! What they’ve done is a victory for all workers!”

With spiraling inflation and wages that are not keeping up, the wage issue is becoming central in France, and could converge with other struggles. If links are created, this could open up new perspectives for the labor movement, which has suffered through the lethargy of the trade union leaderships over the last two years.

First published in French on April 5 in Révolution Permanente.