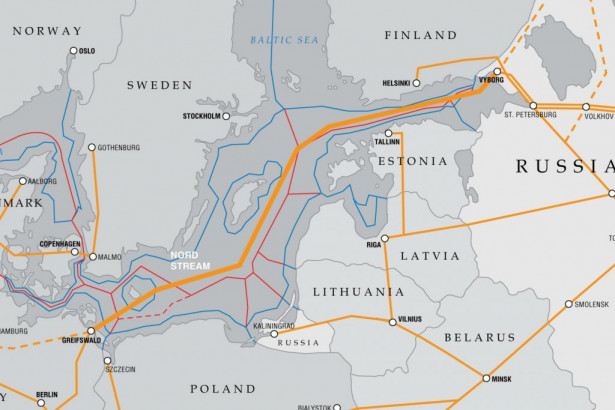 On Friday night, July 28th, U.S. President Donald Trump said that he would sign into law the increased economic sanctions (passed by 98-2 in the Senate and 419-3 in the House) against any business that is declared to have “knowingly provided goods or services … for construction, modernisation, or repair of Russia’s energy export pipelines.”

Russia is the largest energy-supplier to the world’s largest energy-market, which is the European Union (EU). The biggest proportion of that trade is in Europe’s main source of energy, which is gas, which is pipelined into Europe from Russia. So: those pipelines are vitally important not only to Russia’s economy but to Europe’s.

President Trump had gotten Congress to agree to limit the application of this provision only to “The President, in coordination with allies of the United States, may impose five or more of the sanctions described in section 235 with respect to a person if the President determines that the person knowingly, on or after the date of the enactment of this Act, makes an investment described in subsection (b) or sells, leases, or provides to the Russian Federation, for the construction of Russian energy export pipelines, goods, services, technology, information, or support.”

But the new law still does include “SEC. 232. SANCTIONS WITH RESPECT TO THE DEVELOPMENT OF PIPELINES IN THE RUSSIAN FEDERATION.” That Section punishes “Goods, services, technology, information, or support described in this subsection are goods, services, technology, information, or support that could directly and significantly facilitate the maintenance or expansion of the construction, modernization, or repair of energy export pipelines by the Russian Federation.” That includes the crucial Nord Stream pipeline, which is maintained by Russian and German companies to transport gas from Russia to the EU.

U.S. firms have thus now gotten their stooges in Congress to punish European and Russian companies that will be determined by “The President, in coordination with allies of the United States,” to be working together in these ways, to get Russia’s gas to Europe’s markets.

So, already, the U.S. oligarchs have greatly reduced the effectiveness of this enormous European and Russian investment, and this is already war by the U.S. oligarchs (and their congressional agents) against both the European Union and Russia; but, the new sanctions aim to go even further to absolutely cripple Europe and Russia.

President Trump is to be credited for having weakened this provision to such an extent that it will be virtually meaningless; but, the intention of the oligarchs who control the U.S., to force Europe to buy from them, and from their allied Saudi, UAE, Kuwaiti, and the other royal fundamentalist Sunni Arabian families, is clear.

Other highlights from this new U.S. law are well summarized in the July 28th article from Zero Hedge, “Trump Confirms He Will Sign Russia Sanctions Bill”.

The biggest concession that Trump made was to allow that this new law, “H.R.3364 – Countering America’s Adversaries Through Sanctions Act”, “Codifies existing US sanctions on Russia and requires Congressional review before they are lifted.” This is an Executive-Legislative agreement (an agreement between the President and Congress), but the U.S. Constitution doesn’t include any provision allowing an Executive-Legislative agreement to violate the Constitution; and there are a number of provisions in the U.S. Constitution that H.R.3364 might be determined by courts to be violating, as regards relinquishment to Congress of certain Executive powers over the negotiation of treaties, and over the President’s powers as Commander-in-Chief. This is presuming, of course, that key judges cannot be bought-off.

When a country is being ruled by its oligarchs, anything that the nation’s Constitution says, can be viewed as little more than an impediment, not any outright ban, because the actual Constitution, in any such country, is whatever they want it to be. Just how bad the U.S. government has become, can’t yet be determined, but might become clear fairly soon.

It would not produce an anti-U.S. Western Europe, except to the extent that U.S. policies aim against Russia.

It would thus mean the end of the secret anti-Russia operation that U.S. President George Herbert Walker Bush initiated on the night of 24 February 1990, and that has been carried out by the U.S., EU, and NATO, uninterrupted, ever since.