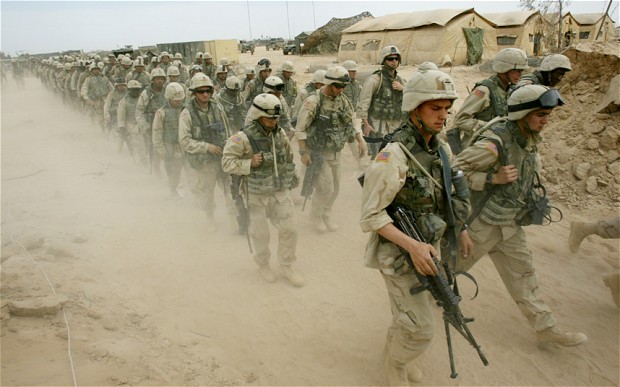 PRINCETON, NJ — Americans mostly oppose direct U.S. military action to help the Iraqi government fight Islamic militants threatening to take control of that country. A June 20-21 Gallup poll finds 54% of Americans opposed to and 39% in favor of taking such action, lower than the level of support for other potential U.S. military actions in recent decades.

Americans were much more likely to favor taking military action against Iraq before the previous wars in 1991 and 2003, although both of those efforts were undertaken to oppose Saddam Hussein’s regime.

After Iraq invaded Kuwait in August 1990, the percentage in favor of sending U.S. troops there started out low at 23%. By the fall, after President George H.W. Bush built an international coalition in favor of military action, a majority of Americans were in favor, including 55% in January 1991 just before the Persian Gulf War began.

A consistent majority of Americans supported sending U.S. ground troops to Iraq “in an attempt to remove Saddam Hussein from power” from the time the question was first asked in 1992 until the U.S. actually did so in March 2003. A March 14-15, 2003, poll conducted on the eve of the war found 64% of Americans in favor of taking such action.

President Barack Obama has ruled out the use of combat troops to address the current situation in Iraq, consistent with U.S. public opinion on the matter. However, the administration is still considering other actions, including airstrikes, and has already sent more than 100 U.S. military advisers to Iraq.

The current low level of support for military action now in Iraq is similar to what Gallup measured last fall for Syria. In September, the president was prepared to take military action in response to the Syrian government’s use of chemical weapons on opposition forces there. At the time, Obama said he would not send U.S. ground troops to Syria, planning to limit the operations to airstrikes. Before the U.S. proceeded with military action, though, Russia brokered an agreement between the U.S. and Syria to resolve the dispute.

The highest level of support Gallup has measured for a potential military action was 82% prior to the war in Afghanistan, reflecting Americans’ desire to retaliate against terrorists for the Sept. 11 attacks and the rally in support for U.S. government leaders after those attacks.

Gallup has measured American opinion on other military actions the U.S. has taken in recent decades, although most of those questions were asked in an approve/disapprove format after the action had begun. There is often an uptick in support for military action after the U.S. government has taken it, compared with the period when it is contemplating such action. As an example, support for the 2003 Iraq war increased from 64% prior to its start to more than 70% afterward. Thus, questions asked about support for military action before and after a war starts are generally not comparable.

Republicans Most Likely to Back Military Action

A slim majority of Republicans, 52%, are in favor of U.S. military action in Iraq, while the majority of independents and Democrats are opposed. Twenty-three percent of all Americans are very worried about the situation in Iraq, with another 44% saying they are somewhat worried.

Obama has ruled out sending U.S. combat troops to fight in Iraq, but is leaving open other possible U.S. actions to prevent Islamic militants from expanding their influence on Iraq beyond the parts of the country they now control.

But Americans are reluctant to support U.S. military action in Iraq, perhaps because of a desire not to get involved further in Iraq after the U.S. recently removed its troops from there. A majority still approve of the 2011 decision to withdraw U.S. troops from Iraq, and most continue to regard the 2003 invasion as “a mistake.”

After the long U.S. engagements in Iraq and Afghanistan, Americans may also be war weary at this time and thus less supportive of any proposed new military action. Their level of support for the two most recent potential military actions, Syria in 2013 and Iraq now, and their approval of the most recent U.S. military involvement — in Libya in 2011 — all rank among the lowest Gallup has measured.