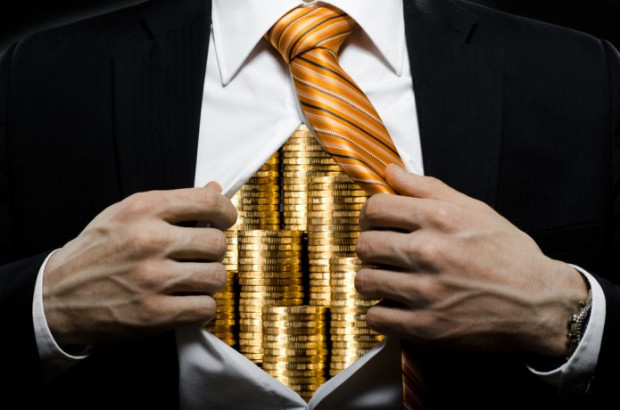 Most concerning is the potential for these wealth hoarders to use their outsized bank accounts to buy outsized power over our government.

Note: Listen to our interview with Chuck Collins and Josh Hoxie about the report and more on Clearing the FOG Radio. – Kevin Zeese and Margaret Flowers

Bezos, head of the online retail behemoth Amazon, saw his wealth jump by $10 billion in just the past month to now more than $90 billion. That’s a stunning leap. But what’s truly stunning is that Bezos and the next two wealthiest Americans, Bill Gates and Warren Buffett, together now own more wealth than the entire bottom half of the American population combined.

The rich are getting richer.

We tracked the rise of today’s uber-wealthy in a new report, “Billionaire Bonanza 2017: The Forbes 400 and the Rest of Us,” published by the Institute for Policy Studies. We compared those at the top to the rest of the nation, whose economic condition isn’t plastered on the glossy pages of Forbes magazine, but instead buried in a study the Federal Reserve releases every three years.

We looked specifically at wealth — the money left over after totaling a family’s assets and subtracting their debt. Wealth is where the past meets the present. It’s a more accurate depiction of economic status than income, which just shows how much money one makes in a given year.

When Forbes first started compiling their famous list of the 400 wealthiest Americans in 1982, just $75 million would get you ranked. Even after accounting for inflation, that’s still less than $200 million in today’s dollars.

These days, the price of admission is a record $2 billion — more than 10 times higher.

This group of just 400 multi-billionaires owns a combined $2.68 trillion. That’s trillion with a T. And it’s more wealth than the bottom 64 percent of the U.S. population, an estimated 204 million people. That’s more people than the populations of Canada and Mexico combined.

On the other side of the economic spectrum, where the rest of the country resides, economic conditions are largely stagnant. The median family owns about $80,000 in wealth, excluding durable consumer goods like cars and appliances. This figure is essentially unchanged from 1983, when the Federal Reserve first started tracking household assets using a uniform survey.

In other words, despite 30 years of economic growth, the typical American family has barely seen a budge in their economic standing.

Today, about one in five households lives in “underwater nation,” with either zero or negative wealth. That figure is even higher for black and Latino households, the result of decades of discrimination.

We are witnessing the rising concentration and consolidation of our nation’s wealth into fewer and fewer hands. Most concerning is the potential for these wealth hoarders to use their outsized bank accounts to buy outsized power over our government.

A surefire way to make today’s economic inequality greater is to offer a massive tax break to the very wealthy, as President Trump’s “tax reform” plan would do. In fact, major tax breaks for the already wealthy is a big part of what’s created the inequality we see today.

When three people own more than half the country, and when a fifth of us have nothing, that’s the exact opposite of what we need to be doing.