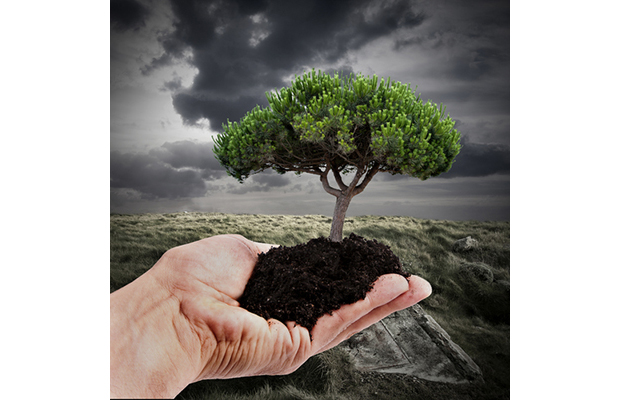 Amid Government Shutdown, ‘New Economy’ Events Across US

In all, the US economy took a more than $24 billion hit as the government shutdown came to an end Thursday when Congressional lawmakers finally reached a deal that will keep the government funded through January 15, avoiding what could have been an unprecedented debt default.

But as the government remained shut down and much of the economy was paralyzed through most of the week, the New Economy Coalition (NEC) was celebrating the path to a different economic model – one much more resilient to the instability of larger financial markets.

The NEC kicked off its first annual “New Economy Week” Saturday, Oct. 12, with events in more than 18 states around the country and two provinces in Canada. By the end of the week, more than 75 events highlighting how communities can foster strong and sustainable local economies were held across the nation.

The NEC is a project of the New Economics Institute (NEI) and is comprised of more than 50 groups working within a broad framework to “support all those who might contribute to an economy that is restorative to people, place and planet, and that operates according to principles of democracy, justice and appropriate scale,” according to its website.

Eli Feghali, who is manager of communications and online organizing at NEI, said the effort is the NEC’s first collaborative project and a signal that the new economy movement is growing in North America.

“The intention was for this to be an annual week, and so the hope is next year it’s going to grow and can maybe turn into a global week because there’s so much of this new economic activity all over the world. The US is really in many ways playing catch-up,” Feghali told Truthout.

Some of the week’s events included festivals celebrating local cooperatively owned and run businesses; forums on popular social media sites such as Reddit; and discussions on topics ranging from cooperative child-care options in Maryland, the benefits of a public banking system in Philadelphia and bridging the labor-climate divide in Washington, DC, among others.

The week of visibility comes after the Post Carbon Institute called on the environmental community to embrace the new economy movement as a way to build communities that will be able more readily to withstand the impacts of a changing climate while contributing to a sustainable economy not based on growth economics.

“The climate justice movement and the new economy movement are very closely related; in fact, about half our staff are headed to [the Power Shift conference] in Pittsburgh,” Feghali said. Power Shift is devoted to building a “clean energy future.”

She told Truthout that after years of antinuclear organizing and activism, she “realized we needed to fashion a positive alternative. It wasn’t enough to just protest against the things that are going wrong.”

“Similarly today when a lot of people are out on the streets, Occupy Wall Street, lots of protesting going on over the increasing disparity between the rich and the poor, the kind of economic dysfunction we’re seeing now on a global scale, we really need offer a positive alternative, and I think a lot of the things that we do in Vermont do offer that already,” Hallsmith said.

“Because Vermont is a small state already and generally open to new ways of doing things, we’ve pioneered a number of different innovations even in my town here. I think it’s a perfect case study for how different approaches to economic development, different approaches to the economy as a whole have a real potential here. I’m motivated by the fact that I think Vermont could stand out around the country as a good example of how to restructure our economy and how to make it a more just, resilient and sustainable economy.”

Hallsmith said the reception to VNE’s events and campaign was very enthusiastic, especially in regards to the group’s recently launched petition campaign that would bring a discussion of public banking to town hall meetings as well as get lawmakers in Vermont to study the benefits of a public banking system.

That may be partly because of the frustration felt by so many Americans over the government shutdown that lasted for 16 days and impacted major financial markets and thousands of workers, she noted.

“I think that’s turned people out at our events by the dozens because they want to hear what the alternatives are to this kind of gridlock, and shutdown and dysfunction.”