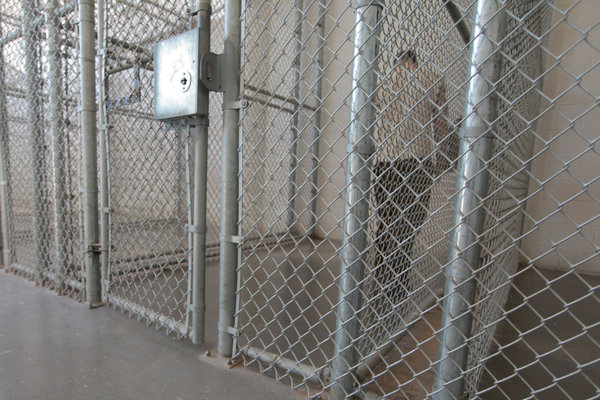 An End To Solitary Is Long Overdue

Less than two weeks ago the United Nations Committee against Torture issued a report strongly criticizing the U.S. record on a number of issues, among them the extensive use of solitary confinement. While the U.S. uses long-term solitary more than any other country in the world, California uses it more than any other state. It’s one of the few places in the world where someone can be held indefinitely in solitary. This practice is designed to break the human spirit and is condemned as a form of torture under international law.

Despite these repeated condemnations by the U.N., the California Department of Corrections and Rehabilitation (CDCR) is harshening rather than easing its policies, currently with three new sets of regulations. The administration’s iron-fisted strategy is emerging: project the appearance of a reforming system while extending its reach, and restrict the ability of prisoners and their loved ones to organize for their rights.

First, the CDCR has instituted a “Step Down Program” ostensibly to create a pathway out of indefinite solitary. However, the program actually widens the net of who can be considered a threat and therefore eligible for placement in solitary. Recently adopted regulations replace the old language of “gang” with “Security Threat Group” (STG) and the previous list of a dozen identified gangs is now replaced with a dizzying list of over 1500 STGs. Under these new regulations, even family members and others outside the prisons can be designated as part of an STG. Given the fact that indefinite solitary is used disproportionately against people of color – in Pelican Bay, 85% of those in isolation are Latino – the language used to justify placement in solitary eerily mirrors the rhetoric of the federal government and its permanent state of war against its declared enemies, all of whom are people of color.

The CDCR promulgated a second set of rule changes last summer with sweeping new “obscenity” regulations governing mail going both in and out of prisons. The original proposal was to explicitly ban any “publications that indicate an association with groups that are oppositional to authority and society,” yet after coming under heavy criticism, CDCR decided to mask its Orwellian motives by hiding behind the above mentioned language of STGs. This ominous language violates First Amendment rights, and reveals a broader agenda: to censor writings that educate the public about what is actually occurring inside the prisons, and to stifle the intellectual and political education and organizing of prisoners themselves.

A third element of CDCR’s strategy of containment is the implementation of highly intimidating visiting procedures designed to keep family members away from their loved ones. Draconian new visiting regulations authorize the use of dogs and electronic drug detectors to indiscriminately search visitors for contraband, even though both methods are notoriously unreliable. These procedures effectively criminalize family members and deter them from visiting, especially in a period of a growing family-led movement against solitary.

The three new policies are also intended to extend CDCR’s reach beyond the prison walls. As an organizer and family member of a prisoner, I’m censored when sending letters to my brother, Sitawa N. Jamaa, subjected to gratuitous and intimidating searches during visits, and susceptible to being labeled an STG associate. These are all ways that CDCR is trying to keep me from knowing how my brother and others are doing, and to repress my organizing.

Taken individually, these regulations may seem to address unrelated issues. But given they are all coming down simultaneously – just a year after the last of a series of historic hunger strikes by people in California prisons has given rise to the highest level of self-organization and empowerment among imprisoned people since the 1970s – these regulations are nothing less than a systematic attempt to silence and retaliate against prisoners’ growing resistance. Over 30,000 prisoners participated in 2013’s strike, some for 60 days, risking their health and lives for an end to indefinite solitary. Prisoners’ family members and loved ones also took up leadership roles in political organizing in unprecedented ways. The movement to abolish solitary continues to gain momentum around the country.

The hunger strikes were a significant part of an ongoing national sea change regarding the use of solitary, as states are waking up to its dangers. Illinois, Maine and Mississippi have closed or drastically downsized their solitary units without any loss of institutional safety. New York and Arizona were recently forced to reduce their use of isolation, with Colorado and New Jersey following suit.

Yet California steadfastly remains an outlier seemingly impervious to change, led by an administration that relies on tired rhetoric about “the worst of the worst” to justify torture. People locked up in California have a decades-long history of fighting for the rights and dignity of prisoners, affirming their humanity in the face of inhumane conditions and demanding change. The U.N. report calls on this government to “ban prison regimes of solitary confinement such as those in super-maximum security detention facilities.” It’s time for California to listen.