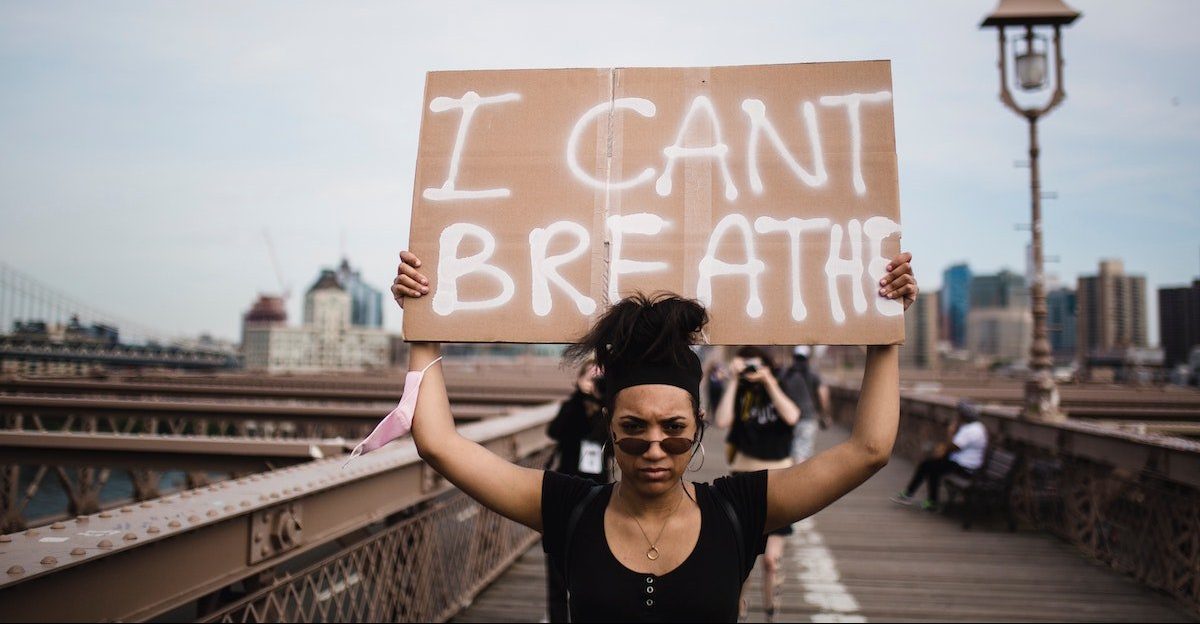 An Environment Of Anti-Racism Is How We Win

Above photo: Anti-racism is the only way we can address the root causes of the climate crisis. Life Matters / Pexels.

Canada – Spring has always been a time of renewal and hope. I’m filled with a sense of wonder and possibility as I watch new life sprout from the soil and cherry blossoms bloom along streets.

But this spring, I feel a prevailing heaviness. For many of us, this season marks a year since COVID-19 restrictions were put in place. March 13 marked one year since Breonna Taylor was shot in her sleep by police in Louisville, Ky. As the season progresses, and as we pass through solemn anniversaries, I continue to be reminded of where we were a year ago.

Last spring, the COVID-19 pandemic started to unmask the inequalities in society, with the virus disproportionately affecting racialized communities. Headlines were filled with stories of police violence as mass protests erupted around the world. Just over a year ago, we were called to address our long history of racism, white supremacy and colonialism.

Now, in 2021, many Canadians still think of these as American problems. Even worse, many in the environmental movement think talking about race is unnecessary and distracting. Canada’s long-standing false sense of superiority over the United States makes it comfortable for us to separate race from our environmental work.

For decades, Canada has pushed a national myth of acceptance, masking nefarious racism with stereotypical politeness. Our national identity intentionally uses a mirage of a tolerant, multicultural society to cover up Canada’s ongoing systemic racism. This is why racist policies and institutions are thought to be things of the past. It’s why, following the death of George Floyd, some Canadians tried to get “Meanwhile in Canada” trending on Twitter to inject some levity into a dark situation. It’s why, as Canadians, we are able to link police violence in the United States to anti-Black racism, while race-based police violence here at home remains arguably underreported in the media and to police, shrugged off as accidental or overshadowed by “sensational” stories that take place in the U.S.

Desmond Cole, journalist and author of The Skin We’re In: A Year of Black Resistance and Power, highlighted this issue while speaking about the limitations of police reform and the movement for abolition in the Canadian context. He told the story about a 33-year-old man and his 18-month-old son who were shot and killed by Ontario Provincial Police last November in Kawartha Lakes. He asked the rhetorical question, “If this seems like a bizarre story to you, why haven’t you heard it until now? Why isn’t it a story in the way that a person being murdered by police in another country is a story?”

These problems may seem unrelated to our work in the environmental movement, but they are deeply interconnected. Capitalism and imperialism use racial inequities and white supremacy to justify the exploitation of land and labour for profit.

What does this mean for the environmental movement?

The forces we fight already weaponize race as a political wedge that allows elites to hold power while natural systems and labour are overexploited, largely at the expense of Black and Indigenous communities. Our refusal to talk about it upholds that status quo.

Racism is at the core of the extractive, exploitative and inequitable economic system we live under — a system that, if unchanged, is incompatible with a just transition to a clean energy future. Imperialism and capitalism create economic disparities in racialized communities that inhibit community members from fighting for social change, and strips them of the resources needed to recover when climate disasters strike.

As environmentalists, we are known for being fierce advocates for change, for the well-being of all life. Our commitment to the movement is rooted in evidence, science and traditional ecological knowledge. We use storytelling to inspire others to act, appealing to people’s humanity and motivating them to go beyond their comfort zones.

We aren’t starting from scratch. Racialized organizers have done the work to educate us on the links between racial and climate justice. The newest generation of climate activists is modelling how strong we can be when we apply justice, equity, diversity and inclusion lenses to our work. We have the power to make systemic changes to racist laws and institutions. Now, we just need everyone on board.

Working across movements and making room for diverse perspectives allows us to share knowledge, best practices, resources and support. Diversity is not just a strength. Anti-racism is not a burden. It’s the only way we can address the root causes of the climate crisis. Anti-racism is how we win.

Janelle Lapointe is an Afro-Indigenous climate justice and Indigenous rights activist from Stellat’en First Nation, currently working in communications with the David Suzuki Foundation as a guest on Sḵwx̱wú7mesh (Squamish), Səl̓ílwətaʔ/Selilwitulh (Tsleil-Waututh) and xʷməθkʷəy̓əm (Musqueam) territory.