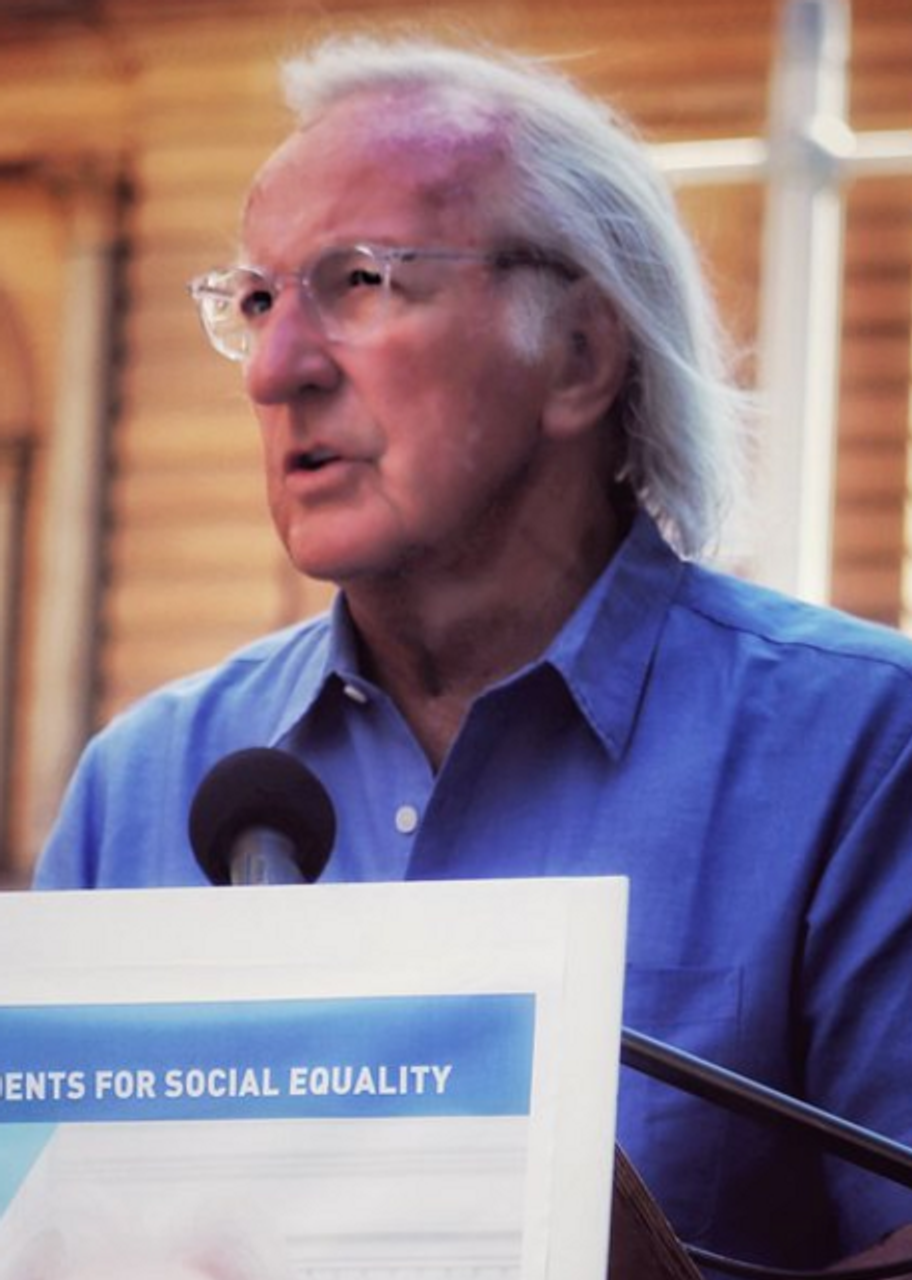 An Interview With John Pilger On Julian Assange

In an interview with the World Socialist Web Site, renowned Australian investigative journalist John Pilger has warned that the “US is close to getting its hands on” the courageous WikiLeaks publisher Julian Assange.

“Assange is the courageous embodiment of a struggle against the most oppressive forces in our world.”

Last month, British Home Secretary Priti Patel approved Assange’s extradition to the US, where he faces 175 years imprisonment under the Espionage Act for publishing true information exposing American war crimes in Iraq and Afghanistan. As Pilger explains, Patel’s order will be the subject of a further appeal, but the British judiciary that will adjudicate has facilitated Assange’s persecution every step of the way. This underscores the urgency of a political fight to free Assange, based on the powerful struggles of the working class that are emerging all around the world.

Pilger began his media career in the late 1950s. His first documentary, The Quiet Mutiny, exposed aspects of the US war in Vietnam in 1970. Since then, Pilger has produced more than 50 documentaries, many of them feature-length and centering on revealing the crimes of the major imperialist powers.

In a 2012 Rolling Stone interview, Assange was asked: “Who has been your most critical public supporter?” He replied: “John Pilger, the Australian journalist, has been the most impressive.”

Pilger has been unwavering in his defence of the WikiLeaks publisher. In 2018 and 2019, he addressed Socialist Equality Party rallies, demanding that the Australian government use its diplomatic and legal powers to free Assange.

Because of his principled defence of Assange and opposition to war, Pilger is hardly ever referenced in Australia’s official media, despite being one of the country’s most well-known and respected journalists.

WSWS: After Patel’s announcement allowing extradition, where is the Assange case up to? Are the dangers he confronts of a greater urgency than previously?

John Pilger: It is a dangerous, unpredictable time. Since the Home Secretary signed the extradition order, a provisional appeal has been filed by Julian’s lawyers. ‘Provisional’ is part of the tortuous process of appeal. The lawyers must submit what are known as ‘perfected grounds of appeal’ in the next few weeks, then the US and the Home Secretary file their responses. Only after that does it go to a judge (not sitting in a court) to decide whether or not he will accept it. It may sound meticulous but, having observed it, it looks to me like a finely spun blanket of obfuscation over a profoundly biased system.

Until the High Court hearing last year, I believed the country’s senior judges would reject the US appeal and reclaim something of the mythologised notion of British justice if only for the system’s survival, which partly depends on “face” within the arcane reaches of the British establishment. This show of “independence” in support of justice has happened in the past. In Julian’s case, the facts are surely too outrageous—no properly constituted court would even consider it—yet I was wrong. The decision by the Lord Chief Justice of England and Wales last October that the US in effect had the right to fabricate and belatedly introduce “assurances” that had not even been part of previous due process was quite shocking. There was no justice, no process; the guile and ruthlessness of US power was on show. Might is right.

Today, the US knows it is close to getting its hands on Julian. Unlike previous parliaments at Westminster, there is not a single voice speaking up for him. In spite of a tenacious campaign emphasising the threat Julian’s extradition poses to a “free press,” he is barely acknowledged in the media, which remains intensely hostile to him. Journalists have never been as compliant as they are today, and Julian’s case is a reminder—to some—of what they ought to be. He shames them.

WSWS: You have consistently defended Julian for more than ten years. Over that period have you been shocked by the intensity with which he has been pursued?

JP: Perhaps not shocked; as a journalist, I have had my own taste of state ruthlessness. Remember the pursuit of Julian is a measure of his achievements. He informed millions about the deceptions of governments too many trusted; he respected their right to know. It was a remarkable public service.

WSWS: Do you think this is bound up with a broader assault on democratic rights?

JP: Yes, it’s the latest stage of the abandonment of what used to be called “social democracy.” The “rollback” of rights in the US and UK is in reaction to the uprising, in the 1960s an 1970s, of people and their conscientiousness and of ideas of equity. This was an historical “moment” when society was becoming more enlightened; minority and gender rights were gaining acceptance; workers were fighting back. At the same time, the so-called “information age” was launched. It was only partly about information; it was a media age, with the media establishing a ubiquitous, controlling place in people’s lives. One of the most influential books of the time was The Greening of America. On the cover were the words: “There is a revolution coming. It will not be like revolutions of the past. It will originate with the individual.” The message of its author, a young Yale academic, Charles Reich, was that truth-telling and political action had failed and only “culture” and introspection could change the world.

Within a few years, driven by new opportunities of profit, the cult of “me-ism” had subverted people’s sense of acting together, their sense and language of social justice and internationalism. Class, gender and race were separated; class as a way of explaining society became heresy. The personal was the political, and the media was the message. The propaganda was that something called globalism was good for you. Corporatism, its specious language and its authoritarianism, appropriated much about the way we lived, ensuring what the economist Ted Wheelwright called a “Two Thirds Society”—with the bottom third beholden to debt and poverty while an unrecognised class war uprooted and destroyed the power of labour.  In 2008, the election of the first black president in the land of slavery and the fabrication of a new cold war completed the political disorientation of those who, 20 years earlier, would have formed a critical opposition and an anti-war movement.

WSWS: Is there a relationship with the escalation of war, including the US-led confrontations with China and Russia?

JP: Events today are the direct result of plans laid in the 1992 Defence Planning Guidance, a document that laid out how the US would maintain its empire and see off any challenges, real and imagined. The aim was US dominance at any cost, literally. Written by Paul Wolfowitz and Dick Cheney, who would play key roles in the administration of George W. Bush and the invasion of Iraq, it might have been written by Lord Curzon in the 19th century. They formed “The Project for a New American Century.” America, it boasted, “would oversee a new frontier.” The role of other states would be as vassals or supplicants, or they would be crushed. It planned the conquest of Europe, and Russia, with all the zeal and thoroughness of Hitler’s imperialists. The roots of NATO’s current war on Russia and provocations of China are here.

WSWS: What do you think of the role being played by the Albanese Labor government? Can you comment on the Declassified Australia report, with internal briefings for Attorney-General Dreyfus, which indicated that the only focus of the Labor government is a hypothetical prison transfer, after Assange has been extradited to the US and convicted of Espionage Act charges there?

JP: The Albanese Labor government is as right-wing and compliant as any Australian Labor government—only the Whitlam government in 1972–75 broke the mould, and it was got rid of. It was the Labor government of Julia Gillard that initiated Australia’s collusion with the US to silence Assange. The “prison transfer” idea may be seen as a weasel way of satisfying support for Julian in his homeland. Whatever happens, the US will decide and the Albanese government will do as it’s told.

WSWS: We are raising the need for workers and young people to come to Assange’s defence, as the spearhead of the fight against war and authoritarianism. Why do you think ordinary people should take up the struggle to free Assange?

JP: Julian Assange is the courageous embodiment of a struggle against the darkest, most oppressive forces in our world; and people of principle, young and old, should oppose it as best they can; or one day it may touch their lives, and worse.