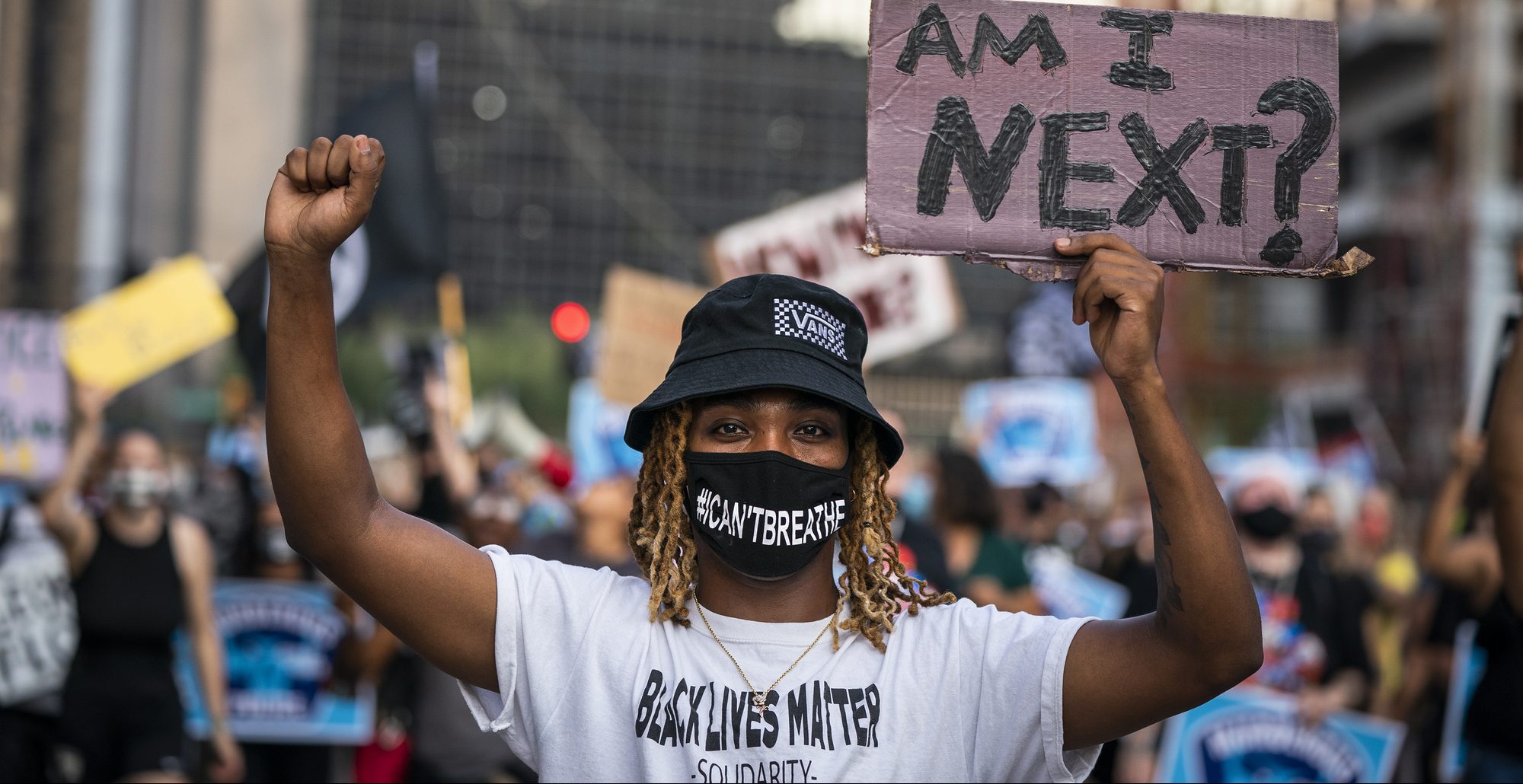 An Outside View: Kenosha Is A Microcosm Of The US In 2020

Now reporting from the US!

Wait… this is what the whole world must be like?

NOTE: Sometimes the perspective of a reporter from another country looking at the United States provides a different view that may help us see ourselves more clearly. KZ

It is amusing that one of the first people I spoke with in Kenosha, Wisconsin – as I filmed a car dealership whose entire inventory had been torched – was a French journalist, considering that I have been posted in France for over a decade. It really is a small and interconnected world….

A Black man wantonly paralysed by cops, his three sons forced to watch, ethnic-based violence deteriorating a community already gutted by anti-patriotic neoliberal economics, shops frantically boarding up their windows after having been shuttered during a pandemic lockdown, a 17-year old shooting and killing two protesters – there is just a complete lack of security everywhere over here.

The failure to provide physical security for their citizens is the ultimate failure of any government, no? Providing physical security is the primary reason anyone ever elevated a king, president, tribal elders, communist party, whatever. In the US, however, insecurity is as rampant in real life as it is absent from their seemingly innumerable, slick television shows.

There is no security for Black men here. There is also no security for the home of the cop who shot Jacob Blake so savagely – locals told me they expect his house to be burned down shortly, and that his street is now full of strange cars at night. There’s not going to be any security for that 17-year old shooter when he gets to prison – I can’t see how he’ll survive in a US prison where ethnic-based gangs are seemingly encouraged to proliferate.

Reporting on the United States for this election season/Civil War II is going to require the constant presentation of contradictions, most of them impossible to reconcile (thus “Civil War II”). One guiding idea should prevail, however: the leaders on both sides are so inherently reactionary, power-hungry and arrogant that there is no side which can be chosen with a full heart.

That’s not me calling for (so-called) “objective reporting”, but simply reporting how Americans already feel: Polls reveal that 60% of Joe Biden voters support him only in order to stop Donald Trump, with just 30% voting because they actually support Biden (for his performance or temperament).

This is nearly exactly the same as in France, where in 2017 precisely 24% of the electorate voted for Emmanuel Macron’s proposals or personality – nearly half of his voters only wanted to block neo-fascist Marine Le Pen. In both Western countries voters somehow get stuck with trying to block a far-right candidate, which is to say they are manipulated into voting for a right-wing, aristocratic privilege-protecting candidate who only works to ensure the security of his 1%-er backers.

The problem is not the Western people themselves – the problem is baked into the Western liberal democratic system, which obviously creates and protects a self-perpetuating aristocracy which leans drastically to the political and economic right-wing. Western liberal democracy is seemingly guaranteed to produce political cynicism, distrust and disunity.

This has culminated in a widespread perception in the US that an American maintains his or her security only as long as the government remains uninvolved – this anarchic view is not some sort of universal value but a somewhat logical response to the insecurities perpetuated by the West’s essentially aristocratic (bourgeois), pre-1917-inspired systems.

However, in a time of major crisis a degraded, neglected and neglectful government is unable or unwilling to respond, and that explains why the dog-eat-dog, decentralised US system has had such a terrible pandemic response; that explains why even their small towns are up in flames.

The governor of Wisconsin required four days to finally visit Kenosha – I guess other parts of Wisconsin were making international news/burning down? Or perhaps he put his own safety and interests first. Local law enforcement has been appallingly tight-lipped regarding information on the shooting – above all they want to protect their own little cop aristocracy, even though this lack of democratic transparency drastically inflamed tensions and almost certainly led to the tragic shooting of protesters.

In America there is a constant and often hysterical desire for self-protection – to protect your job, your often meagre “benefits”, your property, your body, etc. – no matter what the cost to anyone else or to society. This is a direct result of the American’s system guaranteed inability to fulfil the primary directive of any type of government: to provide security.

This is not some sort of sad inevitability, as neoliberals and libertarians insist. And although they insist otherwise, there are indeed alternate choices to the American/Western system of societal construction. However, when it comes to nations with alternative views and inspirations – Iran, China, Cuba, etc. – prominent Western politicians lie about these nations just as easily as Trump lies about Biden, or as much as Democratic leaders obfuscate in general.

Craziness in Portland, Minneapolis and Chicago – perhaps to be expected in America, but in Kenosha? Shocking… but not when you think it over.

Will the selection of Trump or Biden end the average American’s crazy, endemic instability amid so much wealth and resources? Not likely.

Americans know that all too well, and it helps explain why there is so much rebellion going on.

Ramin Mazaheri is the chief correspondent in Paris for PressTV and has lived in France since 2009. He has been a daily newspaper reporter in the US, and has reported from Iran, Cuba, Egypt, Tunisia, South Korea and elsewhere. He is the author of ‘Socialism’s Ignored Success: Iranian Islamic Socialism’as well as ‘I’ll Ruin Everything You Are: Ending Western Propaganda on Red China’, which is also available in simplified and traditional Chinese.