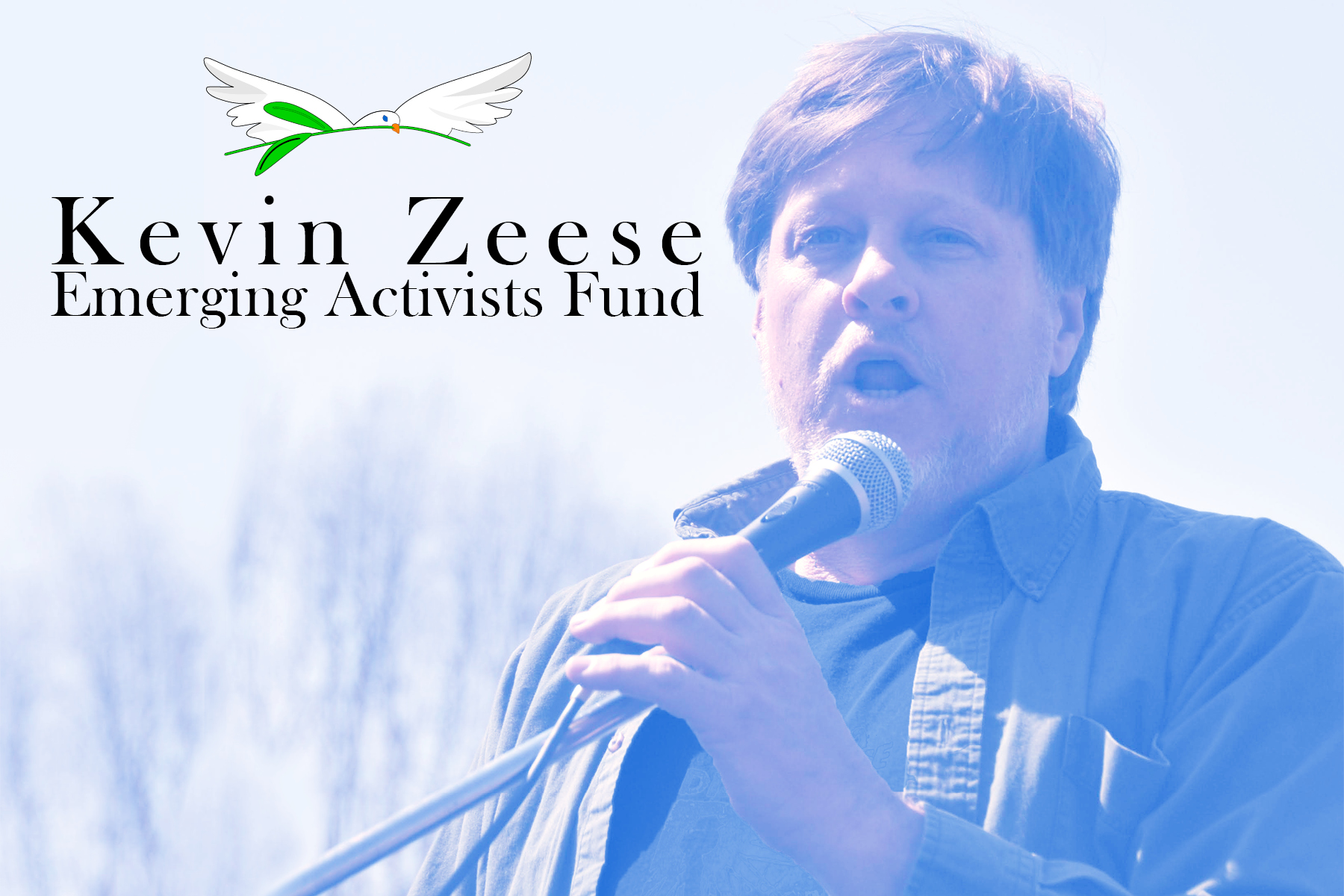 Announcing The Finalists For The Kevin Zeese Emerging Activists Fund

COVID-19: How Weaponizing Disease and Vaccines Wars are Failing US – Webinar on Tuesday, January 26 at 8:00 pm Eastern/5:00 pm Pacific by some of the authors of the new book, “Capitalism on a Ventilator: The impact of COVID-19 in China and the US.” They will provide an update to the book including the US’ hybrid war against China and what is happening with the vaccines. Moderators are Margaret Flowers and Sara Flounders. Speakers are Margaret Kimberley, Lee Siu Hin, Vijay Prashad and Max Blumenthal. Register at Bit.ly/WeaponizingCOVID.

Youth Against Empire presents No War on Iran – Webinar on Saturday, January 30 at 4:00 pm Eastern/1:00 pm Pacific. The U.S and its allies have been itching for a war with Iran for years, resorting to illegal sanctions and assassinations, and attempting to stoke civil discord within Iran. The US has also surrounded Iran with dozens of active, armed military bases. This bipartisan war of words and deeds against the people and government of Iran has nearly reached a tipping point, with the US attacking top generals, scientists, and military bases in just the last year alone. The American people have time and time again said NO to U.S. threats of war against Iran. Now more than ever, it is vital that we hold the new Biden administration accountable and demand: No War with Iran! Register here.

Building the Antiwar Movement under the Biden Administration – Webinar on Saturday, February 6 at 2:00 pm Eastern/11:00 am Pacific. Members of the United National Antiwar Coalition administrative commitee will issue a call to action to strengthen the antiwar movement during the Biden administration, which has declared its pro-war, imperialist stance in its first days in office. Find out how you can get involved. Speakers include Bahman Azad, Judy Bello, Sara Flounders, Margaret Kimberley, Cassia Laham, Jeff Mackler, Rhonda Ramiro and Margaret Flowers. Register here.

The Zeese Family is excited to announce the finalists for this years Kevin Zeese Emerging Activists Fund grant. This fund was put together quickly after the unexpected death of Kevin Zeese last September as a way to honor him and carry on his legacy. We thank all of you who donated to it.

The response to the fund was overwhelming with over 110 applicants from across the United States and around the world. This included both individual activists and front line organizations doing work for racial, economic and environmental justice and peace. The decision was difficult to make, but the family was able to narrow it down to five applicants. The decision process involved input from the eleven members of the family who are administering the fund.

Here are the five finalists: 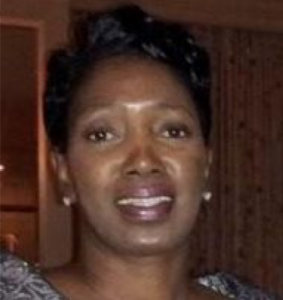 Ruth Rollins is the major grantee to expand her work as founder of the We Are Better Together Warren Daniel Hairston Project based in Roxbury, Massachusetts.

In 2007, Ruth lost her 21-year-old son to a senseless killing with a gun in Boston. As a result of her personal loss and violence in the community, Ruth became an early architect of Operation LIPSTICK, a nationally recognized organization that addresses the crisis of gun trafficking and straw buying of firearms in urban communities, and served as its first Program Director.

In addition to her work with LIPSTICK, Ruth has been involved in protecting Families from domestic violence in various capacities as an advocate, crisis and substance abuse counselor, community organizer, and domestic violence educator/trainer and program planner. She has been the Support Group Coordinator for the Elizabeth Stone House, serving families for 19 years.

In 2016, Ruth founded We Are Better Together: The Warren Daniel Hairston Project to educate, support, and serve families on both sides of the gun violence problem and break cycles of violence and victimization. Ruth developed language and curriculum on Community Harm, removing the stigma surrounding families of victims and families of offenders traumatized by gun violence, and that families on both sides experience anger, guilt, shame, and fear that their loved ones will eventually end up dead or in prison. Through the Warren Daniel Hairston Project, Ruth and courageous mothers like her are working to end cycles of violence and help them actualize a future free of violence for them and their children. 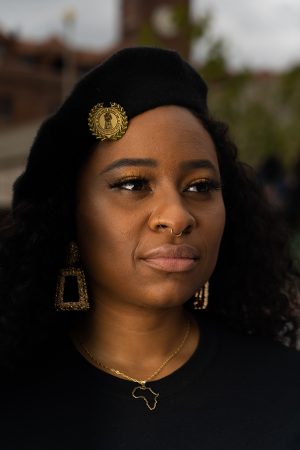 Trinice McNally is a minor grantee for her work to provide political education and restorative justice practices to DC/MD college students and faculty through the Envisioning Safety On Our Campuses project and organizing in various capacities with the a number of organizations committed to Black Liberation and immigrant and LGBTQ+ rights.

Trinice is a nationally recognized transformative leader, student affairs professional, community organizer and creative committed to the liberation of oppressed people. As a two-time alumnus from Bethune-Cookman University, she is most passionate about developing national strategies and best practices for HBCUs to foster welcoming and inclusive environments for their historically marginalized populations through programmatic, advocacy and political education efforts, in addition to to providing political education and strategy for DC/MD college students, faculty and staff interested in abolition and community.

Trinice considers work at HBCUs a pivotal component towards Black liberation. She believes that HBCUs—among the oldest standing institutions for Black people in America—should be sanctuaries for historically marginalized people and have a responsibility to ensure a quality, affirming and liberatory college experience. She hails from London, England–with her lineage traced to St. Mary’s, Jamaica, by way of Miami, Florida. Trinice is a member of the Black Youth Project 100, National Women’s Studies Association, UndocuBlack Network, Black LGBTQ+ Migrant Project and Delta Sigma Theta Sorority Inc. She currently serves as the founding director of the Center for Diversity, Inclusion and Multicultural Affairs at the University of the District of Columbia (UDC), one of the nation’s oldest HBCUs. 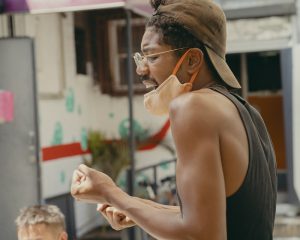 DonChristian Jones is a minor grantee for his work to create Public Assistants in Brooklyn, New York where they provide mutual aid and mentorship to the local community and work with local social movements to provide visuals for marches and actions.

DonChristian is a New York based interdisciplinary and multimedia creator. His work spans musical and time based performance, albums, video and public murals, blending genres of painting and performance installation. He graduated from Wesleyan University in 2012 and has shown at institutions such as The Whitney Museum, MoMA Ps1, New Museum, Brooklyn Museum, Carnegie Center, and was an artist-in-residence at the Robert Rauschenberg Foundation, Captiva, Florida in collaboration with Eiko Otake. In the spring of 2020, Don founded Public Assistants, a mutual aid network, design lab, and resistance hub located in Crown Heights.

Greta Zarro was a finalist for her work as an organizer with World Beyond War, for which Kevin Zeese was an active member of the advisory committee, and as a co-founder of the Unadilla Community Farm in West Edmeston, New York. She practices the two-pronged strategy that Popular Resistance promotes of “Stop the Machine/Create a New World.” As the organizing director for World Beyond War, Greta founded their webinar series (pre-pandemic), designed a free online Organizing 101 training, established World Beyond War chapters around the world and organized the #NoWar2018 conference in Toronto, Canada and more. At the Unadilla Community Farm, she coordinates the internship program for young people to learn permaculture each summer. They provide food to members of the community in need through their VeggieBox program.

Zeelie Brown was also a finalist for their work to design composting outhouses that are easy to build for people living in rural Alabama. This project has a goal of improving public health since the soil in that area is not amenable to septic systems.