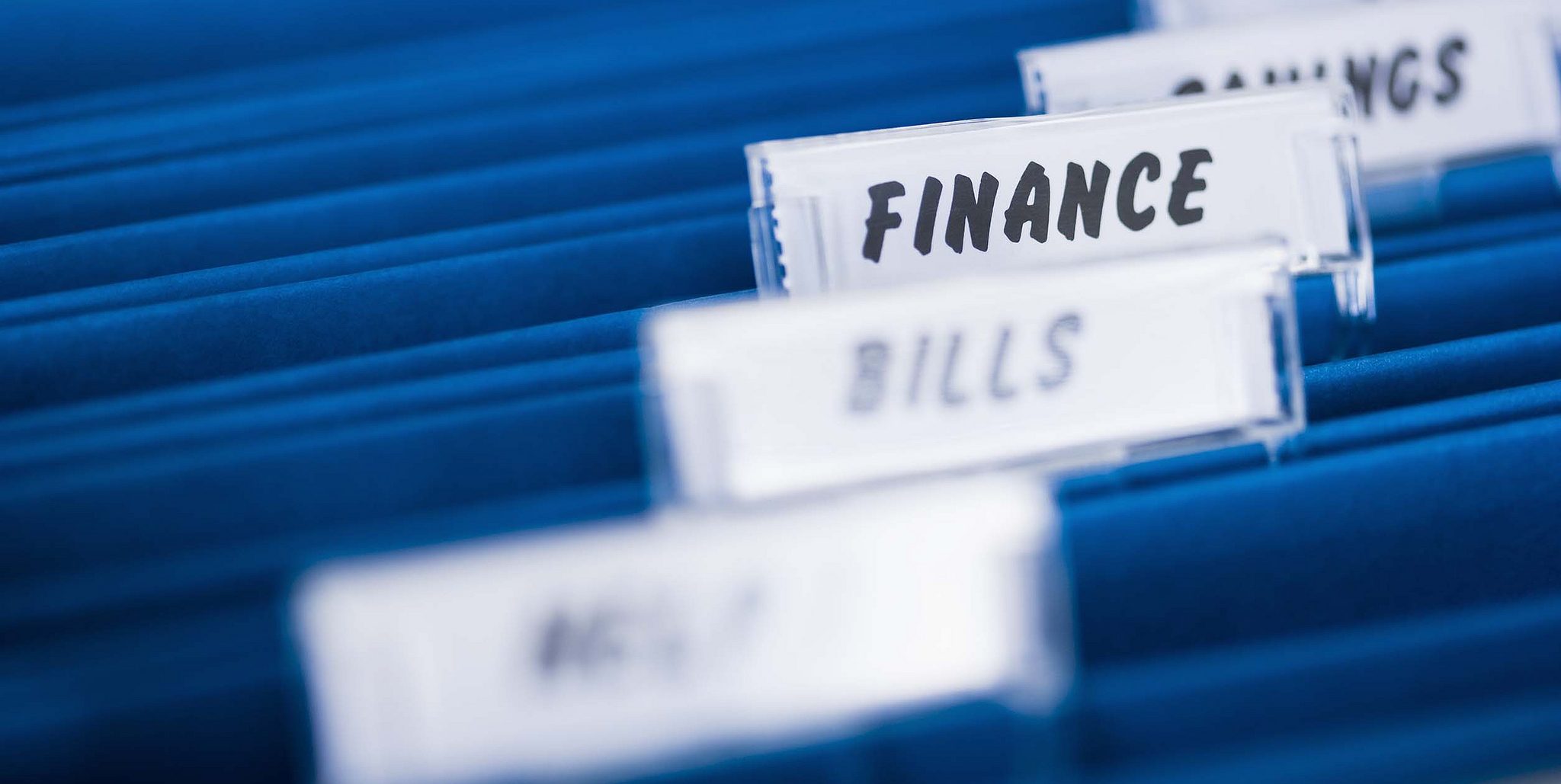 Another Financial Earthquake In The Making

The key issue to emerge from the semiannual meeting of the International Monetary Fund (IMF) held in Bali, Indonesia last week is that 10 years out from the 2008 global financial crisis the conditions have been created for another economic and financial disaster. And those in charge of the global economy have no means of preventing it, not least because the very policies they have carried out over the past decade have helped prepare it.

It was somewhat symbolic that the meeting took place in the immediate aftermath of the devastating earthquake and tsunami on the Indonesian island of Sulawesi, which again underscored the extent to which the record growth of social inequality, accelerating after 2008, has left hundreds of millions of impoverished people the world over vulnerable to the impact of both natural and economic disasters.

The meeting also coincided with another significant anniversary—20 years since the Asian financial crisis that devastated the Indonesian economy, along with others in the region.

And while the meeting was being held, there were signs that another financial earthquake is in the making, as Wall Street and global stock markets were shaken by the second major sell-off this year after five years of relative stability.

Two reports prepared by the IMF for the meeting pointed to the mounting problems of the global economy and financial system.

The World Economic Outlook revised down the estimate of global growth issued by the IMF in April and noted that the “synchronised” expansion of 2017 had come to an end. While growth would continue, there would be no return to the growth path that had prevailed prior to 2008. A review of the effects of the financial crisis, which produced the biggest economic downturn in the post-war period, drew out that, compared to the growth trajectory prior to the crisis, a large number of economies had suffered a contraction ranging from 10 percent to as high as 40 percent.

The Global Financial Stability Report pointed to the impact of rising interest rates in the US and elsewhere on “emerging markets” with high levels of external debt and dollar-denominated loans. The higher rates have already impacted Argentina—at present in receipt of a record bailout of $57 billion from the IMF—and have hit a number of other countries, including Turkey, Indonesia, India, Pakistan and South Africa, with signs that it will extend.

According to a report in the Financial Times, the financial stress hitting emerging market economies “dominated” discussions at the meeting, as IMF Managing Director Christine Lagarde warned that the present situation had the potential to lead to a withdrawal of capital from these countries as large as that which took place after the 2008 financial crisis.

The other key issue was the trade war initiated by the United States against China and other countries. At its spring meeting in April, the IMF warned that these measures posed significant risks to the world economy. Now those risks had materialised, with Lagarde and World Trade Organisation head Roberto Azevedo both issuing calls for “reform” of the WTO and for the international trading system to be repaired, not wrecked.

But the US has already stated it doubts that its objections to Chinese trade practices, including the subsidisation of state-backed businesses and the alleged theft of intellectual property, can be resolved within the WTO framework. Rather than seeking a strengthening of the so-called “rules-based” international trading order, the US, almost on a daily basis, is stepping up its attacks on China, regarding it as the central threat to its global economic and military dominance.

While it is pushing for a reduction of the Chinese trade surplus, Washington’s primary objective is to break up global supply chains so that key manufacturing and high-tech industries are brought back to the US to enhance its national military capacities for war.

At the same time, it is using standover tactics in relation to its “strategic allies,” above all the European Union, Japan and Canada, threatening them with the imposition of auto tariffs as high as 25 percent if they do not enter bilateral trade negotiations with the US and join its actions against China.

In the middle of the IMF meeting, as if the representatives of global capitalism needed to the reminded of the fact that none of the underlying factors that produced the crisis of 2008 has been resolved, Wall Street experienced a major two-day sell-off.

As an article in Bloomberg noted: “[W]hile this week wasn’t wholesale carnage, it’s more proof that a new era of volatility is upon us, one that is likely to last. Bad days pile up, and it gets harder to deny that five of the quietest years ever seen in equities are over.”

Those “quiet years” were the direct result of the lowering of interest rates to record lows and the policies of quantitative easing by the US Federal Reserve and other major central banks, which have pumped trillions of dollars into the financial system and sent the US stock market to record heights. But now the Fed and other banks are lifting interest rates and pulling back on easy money policies, not least because they want to have some “ammunition” to meet the next major economic and financial crisis.

As a number of more perceptive reports and comments have noted, the very measures adopted in the wake of the 2008 crash have only created the conditions for another disaster. Writing in the New York Times on September 18, Ruchir Sharma explained that while central bankers and other authorities have sought to contain the banks’ risky lending practices for home mortgages, new risks have emerged.

Sharma pointed out that within the $290 trillion global financial market, “there are hundreds of new risks, pools of potentially troubled debt” produced by the turn of corporate borrowers to non-bank lenders.

“As bank lending dried up, more and more companies began raising money by selling bonds, and many of those bonds are now held by those non-bank lenders—mainly money managers such as bond funds, pension funds or insurance companies.”

The result is that among the corporations listed on Wall Street’s S&P 500 index, debt has tripled since 2010 to one-and-a-half times annual earnings, near the peaks reached in the recessions of the early 1990s and 2000s, with the debt load much higher in some areas.

In the reports on the global financial system from the IMF and other institutions, the claim is regularly made that banks are in a much stronger position than they were in 2008 because of regulatory changes such as the Dodd-Frank Act in the US.

But as Carmen and Vincent Reinhart point out in an article in Foreign Affairs, the result has been the growth of so-called “shadow banking,” as borrowers for homes turn to organisations such as Quicken Loans rather than to Wells Fargo. “A majority of US mortgages are now created by such non-banking institutions, also known as ‘shadow banks.’ The result is that financial vulnerability remains but is harder to spot.”

The two authors point to another major change in the global financial system. As a result of quantitative easing, “the majority of government debt that is sold in the open market in the United States, Japan and the euro zone is now owned by central banks.” The concentration of government debt in official coffers makes the private market for it less liquid, which could make it harder for governments in advanced economies to borrow more in the future, they write.

A key feature of the build-up to the crash of 2008 was the way in which credit rating agencies gave their approval to the arcane financial instruments that proved to be worthless. Those practices have continued in another form.

An investigation by Bloomberg published on Thursday points to what it calls a “$1 trillion powder keg that threatens the corporate bond market.” The article explains that faced with weak sales growth coupled with rock-bottom interest rates, major companies felt that the way to growth was to borrow large amounts of money to buy out competitors.

According to the article, an investigation into 50 of the largest corporate acquisitions over the past five years revealed that “by one key measure more than half of the acquiring companies pushed their leverage to levels typical of junk-rated peers. But those companies, which have almost $1 trillion of debt, have been allowed to retain investment-grade ratings by Moody’s Investor Services and S&P Global Ratings.”

The report states that rating agencies simply accepted assurances from companies involved in the takeover deals that they would be able to “cut costs and pay down borrowings quickly, before the easy money ends.”

The investigation found that there had been a surge in the lowest rungs of investment-grade bonds, most of it driven by corporate acquisitions, with the result that there was now $2.47 trillion worth of corporate debt rated at the lower investment grade, more than triple the level at the end of 2008.

What these and other reports make clear is that the very measures undertaken in the wake of the 2008 crash, far from overcoming the crisis, have simply created a new financial house of cards, which is set to collapse with potential consequences even more serious than the breakdown ten years ago. The sharp fall on Wall Street this week, a result of fears of the consequences of interest rate rises, did not lead to a meltdown, but the tremors it sent out signalled the approach of another earthquake.