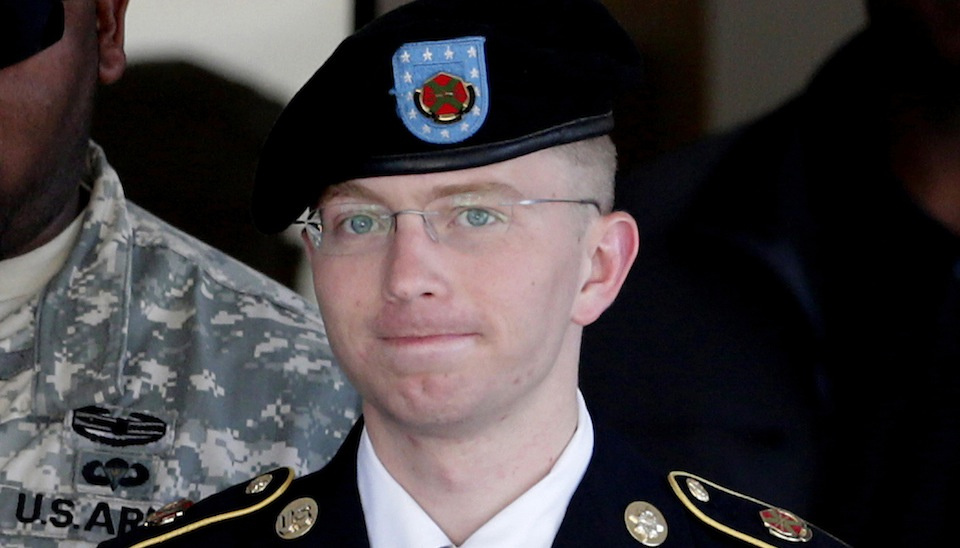 Another Peace Prize For Bradley Manning

The Board of Directors of the US Peace Memorial Foundation is pleased to announce that the recipient of its 2013 Peace Prize is Bradley Manning for conspicuous bravery, at the risk of his own freedom, above and beyond the call of duty.

The award was presented during arally July 26 at Ft. McNair, Washington, DC.  Michael Knox presented the plaque to Emma Cape, Bradley Manning Support Network Campaign Organizer, who accepted on Bradley Manning’s behalf.  In his remarks, Knox thanked Manning for his courage and for all that he has sacrificed for this country and the world.  See photos and read the details at: www.uspeacememorial.org/PEACEPRIZE.htm.

Michael Knox, Chair of the Foundation, presented the award on July 26 at a rally at Ft. McNair, Washington, DC.  The reading of the inscription was met with great applause.  In his remarks, Knox thanked Manning for his courage and for all that he has sacrificed for this country and the world.  The plaque was accepted by Emma Cape, Bradley Manning Support Network Campaign Organizer.

Washington, DC.  These projects help move the U.S. toward a culture of peace as we honor the millions of thoughtful and courageous Americans who have taken a public stand against one or more U.S. wars or who have devoted their time, energy, and other resources to finding peaceful solutions to international conflicts.  We celebrate these role models in hopes of inspiring other Americans to speak out against war and for peace.

Please help us continue this important work.  Become a Founding Member and have your name permanently associated with peace.  Founding Members are listed on our website, in our publication the US Peace Registry, and eventually at the National Monument.

Thank you very much for your support.