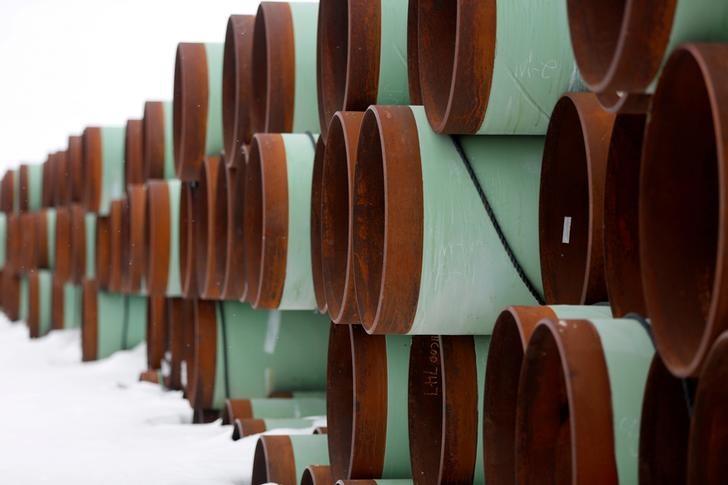 Another Set Back For TransCanada: Keystone XL Pipeline In Nebraska To Go Through ‘Robust Environmental Review’

Since the pipeline will now follow an alternative route and not its original route, Morris wrote the government “cannot escape their responsibility.”

After regulators in Nebraska ordered the pipeline follow a new route, or alternative route, the Trump administration argued that there was no need to “produce an extensive new environmental impact statement for the pipeline,” Inside Climate News reported. But U.S. District Judge Brian Morris of Montana disagreed with the Trump administration on Wednesday. Since the pipeline will now follow an alternative route and not its original route, Morris wrote the government “cannot escape their responsibility.”

While the “Nebraska’s Public Service Commission approved the pipeline project, it rejected TransCanada’s preferred route and ordered it to use an alternative route instead,” Inside Climate News reported. The pipeline will now cross through five different counties in the state including several bodies of water therefore, under the National Environmental Policy Act (NEPA), the government is required to conduct an environmental review before pipeline construction can start.

“This is the reason why we have NEPA, which is to ensure that we don’t build dangerous projects through resources that we can’t afford to have contaminated,” Anthony Swift, director of the Canada project at the Natural Resources Defense Council, said.

While the government conducted an environmental assessment – a less than thorough review – that stated the alternative route would have effects on the environment and wildlife that were “minor to moderate,” indigenous groups and landowners sued the government over their refusal to conduct a new environmental review.

Morris also wrote that the Endangered Species Act “requires agencies to evaluate which species or critical habitats are present in the ‘action area’, which includes ‘all areas to be affected directly or indirectly by the Federal action.’”

“This is a huge step to once again shut down this zombie pipeline that threatens water, our homelands, and our treaty territory,” Joye Braun, an organizer with the Indigenous Environmental Network said. “No route is acceptable for Keystone XL, and I believe a full environmental review of this alternative route will highlight the extraordinary risks this pipeline poses to us all.”