On Saturday, members of the administrative committee of the United National Antiwar Coalition (UNAC), on which I serve, spoke on a webinar about the importance of building and strengthening the antiwar, anti-imperialist movement during Biden’s presidency. UNAC was founded during the summer of 2010 as it became clear that the antiwar movement in the US was faltering under the nation’s first black president. Peace groups allied with the Democrats were reluctant to criticize the president and donations declined as people wrongly assumed the new Nobel Peace Prize winner was pro-peace.

Antiwar activists have struggled over the past decade to revive the peace movement, which one would think should be easy to do given the large number of wars, conflicts and interventions the United States is involved in and the ballooning of the military budget at a time when there are dire needs at home for government investment in health care, education, housing, infrastructure and more. Perhaps people have grown used to the wars, or they are too busy trying to survive or they feel powerless to stop them. For whatever reason, the antiwar movement remains weak.

It is clear from the first weeks of the Biden administration that it is imperative the antiwar movement not go back to sleep as it did under Obama. Biden is continuing on the same imperialist, militarist track as the previous presidents and aims to escalate conflicts. For the sake of humanity, he cannot be allowed to get away with it. 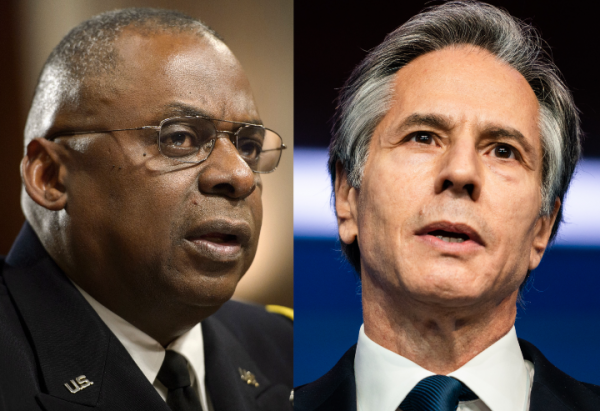 As Sara Flounders writes, all one has to do to get a sense of Biden’s foreign policy is to look at his cabinet nominations many of whom also served in the Obama administration. He has chosen the most diverse group of war mongers and torture supporters the nation has ever had.

In his senate testimony, Antony Blinken, the new Secretary of State, declared his devotion to carry on the war machine with gusto. He plans to escalate US aggression toward Syria, North Korea, China, Iran and Venezuela. He praised Trump’s actions to support the apartheid state of Israel. Blinken, who co-founded a consulting agency for military contractors called WestExec Advisers, will keep the weapons makers well fed.

General Lloyd Austin, the first black Secretary of Defense, a position that is supposed to be held by a civilian, also comes from WestExec Advisers. Under Obama, Austin served as the head of Central Command, which runs the US’ operations in the Middle East. He was chosen because he is expected to carry out Biden’s directives without any pushback.

Undersecretary of State Victoria Nuland is best known for her work to successfully overthrow the government of Ukraine and bring neo-Nazis into power. She served as the US ambassador to NATO under the Bush administration and as a State Department spokesperson when Hillary Clinton was the Secretary of State. Nuland will work dutifully to go after Russia, a prime target for the Democrats.

Avril Haines, Biden’s national intelligence director, has a sordid history of covering up torture and torturers. She refused to hold CIA employees accountable for hacking into the emails of Senate Intelligence Committee staff and she provided legal cover for Obama’s extrajudicial drone assassinations, which killed civilians.

Samantha Power, nominated to run the US Agency for International Development (USAID), which effectively functions as an arm of the CIA, has been a long time champion and promoter of ‘humanitarian wars.’ She said that US intervention in Iraq would improve the lives of Iraqis. She supported wars on Libya, Syria and Yemen. And she applauded Israel’s attacks on Palestinians.

These are just a few of the major players. Biden’s foreign policy nominees are all known supporters and allies of the military industrial complex. They signal that the Biden presidency may be a “more effective evil” when it comes to carrying out the US’ imperialist project. Danny Haiphong explains that the corporate media is working to paint President Biden as something other than the white supremacist war hawk that he is. 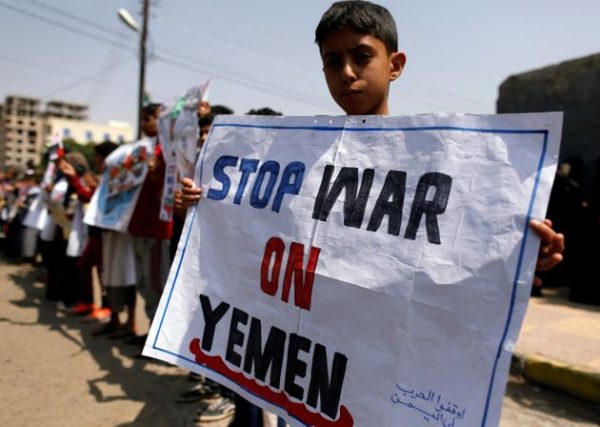 One of President Biden’s first actions was to declare an end to US support for the Saudi-led war on Yemen, which combined with a blockade of Yemen’s ports, has devastated the population through violence, hunger and disease. While many people have applauded this step, as Shireen Al-Adeimi writes, the president left plenty of wiggle room to continue the war. Jake Sullivan, the National Security Adviser, says the US will stop supporting “offensive operations,” but it can easily relabel them as defensive operations and has put conditions in place to do that.

Another move that was considered a positive for Biden was the extension of the New START Treaty with Russia. As Peter Kuznick explains, even with the treaty, we are still in a very precarious position when it comes to the risk of a nuclear war with Russia or China. Charles Richard, the head of Strategic Command, is asking Congress for more money for nuclear weapons. The Treaty for the Prohibition of Nuclear Weapons (TPNW) that went into effect on January 22 makes nuclear weapons illegal, but the US has not ratified it. As Vijay Prashad writes, today’s nuclear weapons are many times more powerful than those used on Japan. We must demand the abolition of nuclear weapons.

Interestingly, Iran voted for the TPNW in the United Nations while the United States boycotted the vote and worked to undermine it. When it comes to Iran, Biden is refusing to respect Iran’s request that the United States demonstrate good faith by lifting the sanctions imposed by the Trump administration after it left the nuclear agreement. Instead, Biden is saying that he wants to negotiate a better deal, which sounds just like Trump. The first agreement took 15 years to complete.

The Biden administration also signaled that it will not uphold the peace agreement negotiated between the Trump administration, the Taliban and the US-backed Afghan government. Under the agreement, the US is required to remove troops by May of this year. Abby Martin provides an update and history of the US’ ‘forever war’ in her newest documentary. The Black Alliance for Peace Solidarity Network has launched a petition calling on the Biden administration to end the war on Afghanistan, a war the military knows cannot be won. Click here to sign the petition.

This week on Clearing the FOG, I spoke with Ajamu Baraka of the Black Alliance for Peace about the Afghan Peace Agreement and the 1033 program in the United States that funnels military equipment to police departments. President Biden rolled back Trump’s changes to the program but it still allows weapons to go to the police. You can learn more about that and sign the petition here.

There are also renewed efforts to push Biden to close the prison in Guantanamo Bay and free the forty men who remain there. This week, 111 organizations sent a letter to the President that includes a roadmap for how to accomplish this.

Finally, the Biden administration is backtracking on its position regarding Venezuela. After the election, Biden said he would meet with President Maduro without conditions. Now, as the European Union and Panama no longer recognize the US puppet Juan Guaido as the president of Venezuela, the Biden administration is continuing to recognize Guaido and is refusing to meet with President Maduro. Biden even went so far as to invite Guaido’s fake ambassador to the inauguration. We must push the Biden administration to end its support for Guaido, who was charged this week with a long list of crimes by the Venezuelan National Assembly, and to stop insisting that Venezuela hold another presidential election before it is due.

Similarly, the United States needs to end its support for Haitian President Jovenel Moïse, who would not be president without the help of Hillary Clinton, the US, and other western imperialist nations and institutions. Moïse’s term as president ended today, but he is refusing to step down. There have been major protests and a general strike going on to which the government has responded with violence and arrests. 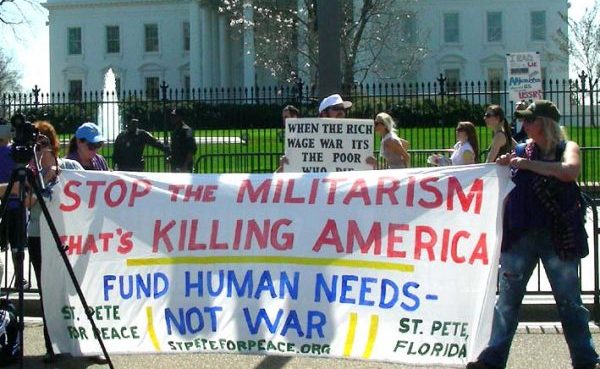 These are just a few examples of the reasons why it is critical that the antiwar movement grow and become stronger. The US Empire is falling, but instead of charting a new course of foreign policy, the US government under Biden is seeking to reestablish its global domination that faltered under Trump. This will only lead to disaster. The world is facing serious crises and right now the US is playing a destructive role instead of being a cooperative member of the global community.

We live in an empire economy that exists to enrich the military-industrial complex, which is insatiable. As poverty grows and the US fails to provide for the basic necessities of its people, we must demand that Congress defund the military and invest in healthcare, housing, education, jobs, and other needs.

Out of the current crises come opportunities to transform our country into one that plays a positive role in the world, but this will only happen through struggle and mobilization.