On Saturday July 20, 2019. over 30 water protectors from around communities around Virginia walked on to the MVP worksite at Cove Hollow just over the hill from the Yellow Finch blockade blocking work while singing and dancing as a community.

Donna Shaunesey, a retired civil servant from Charlottesville who was part of today’s protest, stated: “I am seventy years old. The climate crisis is upon us, and I couldn’t live with myself if I didn’t do everything I could to reduce the impacts of this calamity. The Mountain Valley Pipeline will be the equivalent of 26 coal-fired power plants in terms of greenhouse gas emissions. I can’t sit back and hope it goes away.”

Another anonymous participant from Nelson County, stated: “I have no choice but to put my body in the path of this pipeline’s path of destruction, which is fueled by greed and short-sightedness, and completely contradictory to the path we need to be on. Pipeline companies and oil and gas supporters like Governor Northam, Mark Herring, David Paylor, and their cronies are hell bent on business as usual. Our climate emergency dictates a complete reversal to our status quo. We have no time left to dicker about with half measures and empty promises. Change direction!”

Come out, show your support, and bear witness as MVP and their cronies move closer to the Yellow Finch Blockade and continue to desecrate our lands and mountains. 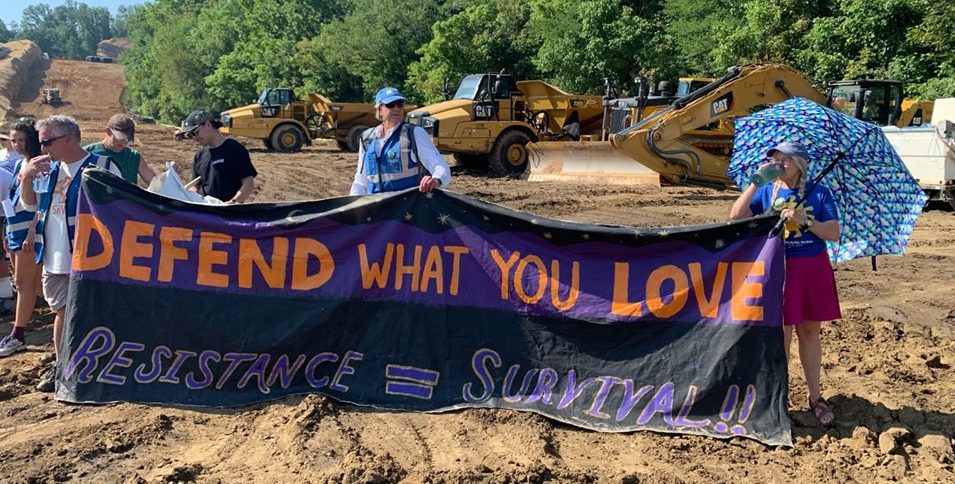 Dozens of peaceful protesters walked on to a Mountain Valley Pipeline work site on Cove Hollow Road, stopping work for approximately an hour — they rallied, sang, and left around 10:45 am. After that action, the police swarmed to the nearby Yellow Finch tree-sit blockade en masse, immediately arresting 3 pipeline fighters. 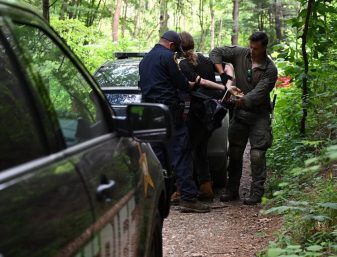 A witness stated, “The cops pulled in, got out of their cars, straightened their belts, and then four to five cops tackled our friend in the road where she was taking pictures, entirely off the easement and out of the limit of disturbance.”

Three people were then aggressively arrested at the Yellow Finch tree sits. Yet another display of law enforcement working for the pipeline company.  After that, two others were also arrested — at least one of them was also tackled.

This happened on DAY 319 of the protests and the sits are still standing.