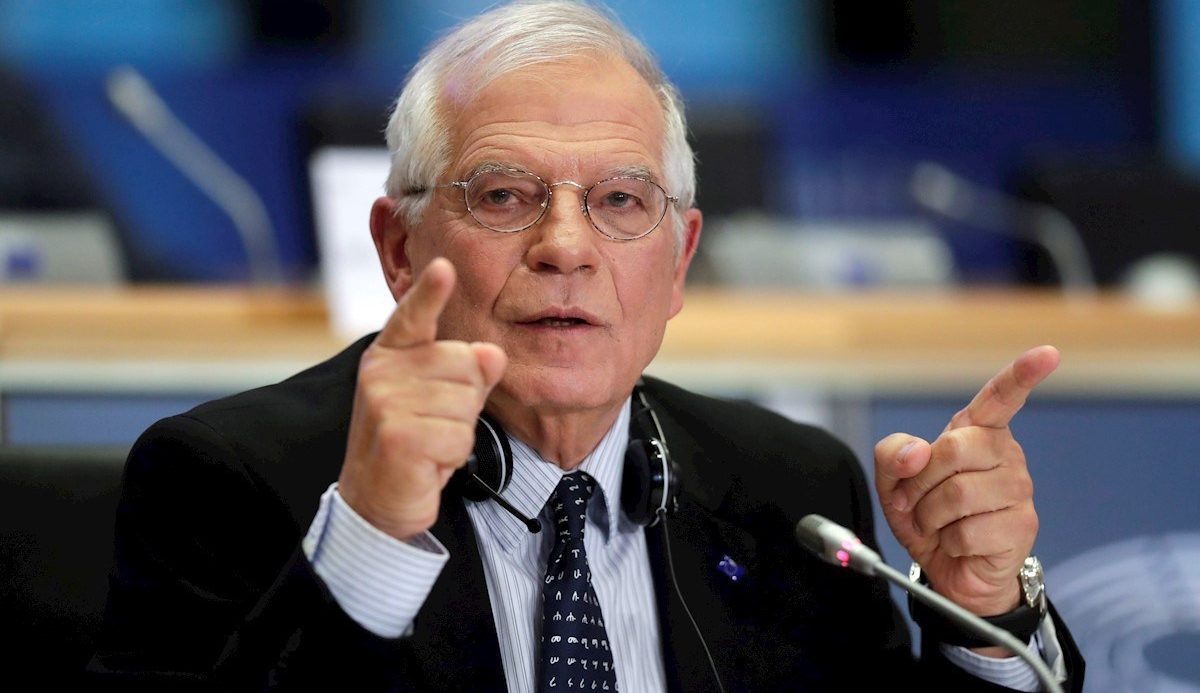 Are The European Union And The UN Willing To Bypass The Blockade Against Venezuela?

Above photo: Josep Borrell is the high representative of the European Union for Foreign Affairs and Security Policy. Photo: EFE.

This week, multilateral organizations such as the European Union (EU) and the United Nations (UN) have supported Venezuela in its fight against the spread of the new coronavirus (Covid-19), in the midst of the US unilaterally imposed economic and financial blockade.

The first organization to express its support for Venezuela was the EU, when on Monday, March 23, it supported the requests for aid made by Iran and Venezuela to the International Monetary Fund (IMF), countries that face an analogous situation of criminal blockade through coercive unilateral sanctions.

Josep Borrell, High Representative of the Union for Foreign Affairs and Security Policy,” the two countries are in a very difficult situation especially because of US sanctions that prevent them from obtaining resources from the sale of oil,” as quoted by Venezuelan Foreign Minister Jorge Arreaza by international media.

The unilateral financial siege in the case of Venezuela has impacted the purchase of medicines, medical supplies, food, among other essential goods, while preventing the establishment of commercial relations with other countries and companies that supply these resources to the country. On the other hand, the blocking of accounts in international banks prevents payment to suppliers (and access to Venezuela’s own resources).

Venezuela goes to the IMF in another format

Recently, Venezuela formally requested a loan from the International Monetary Fund in the amount of 5 billion dollars to strengthen the health system. This type of financing presented by the Bolivarian government has a credit format with a certain range of flexibility.

“These conditions are established under the premise that the requesting country suffers the consequences of a natural catastrophe, a shock in prices of raw materials or problems in the balance of payments, which is why the rapid delivery of resources is prioritized over a pressing situation,” says Misión Verdad in a special report.

The Venezuelan government went to the financial agency a few days after registering the first cases of coronavirus in the country, a decision that was connected with other radical measures such as the social quarantine and partial transit restrictions in the states where the cases were identified.

Despite having few cases, Venezuela was the first country in the region to apply measures of this type to contain the pandemic.

Iran, one of the countries hardest hit by Covid-19, applied for this same financing. The Persian nation has not requested aid from the multilateral organization since 1962. The sanctions of the United States and topping the list of countries for contagion and death by Covid-19, 23 thousand 49 and 1,812 respectively (until the moment of the request), led Iranians to apply for a loan to alleviate the crisis in their health system, assuming the IMF’s willingness to support countries that require it.

The International Monetary Fund, in view of the progress of the spread of the new coronavirus, made available “all the loanable capacity”, while its director Kristalina Georgieva said that they have already received nearly 80 requests for financing.

This statement by Georgieva coincides with that of Josep Borrell, who in addition to mentioning the number of countries that need economic aid, emphasized the special need that Iran and Venezuela have due to the sanctions.

Given the complexity of the current global crisis caused by the pandemic, the representative of the European Union compared the moment with a war situation due to the need to mobilize large amounts of resources. In this sense, he called to make the necessary sacrifices for the “common good.”

A day after the EU’s support for financing request to the IMF, the United Nations asked for the sanctions on Venezuela to be eased using the same argument as the European body: to facilitate the fight against Covid-19.

On Tuesday, March 24, the Office of the High Commissioner for Human Rights, led by Michelle Bachelet, issued a statement requesting an urgent reassessment of “broad-spectrum sectoral sanctions applied to countries facing the coronavirus pandemic.”

In the Bachelet document, she argues that sanctions should be reduced or suspended to prevent health systems from collapsing and the consequences of that collapse. Like the European Union, the UN Human Rights Office emphasizes Iran’s hospital crisis caused by sanctions.

Likewise, in this line it names Cuba, Venezuela, the Democratic People’s Republic of Korea and Zimbabwe, whose health systems could be hindered by the blockade as they face the arrival of the pandemic.

The High Commissioner for Human Rights points out that in Venezuela some hospitals “experience a lack of medicines, equipment, soap and disinfectant.” These deficiencies referred to by the UN authority are caused by unilateral punitive sanctions that every year affect most of Venezuelan society.

Before each tourniquet that the United States uses to cut off the flow of resources to Venezuela, the government of Nicolás Maduro has sought other ways to overcome the crisis and respond to the population. They impose a new sanction on each solution that is applied. In this war of attrition that has been going on for several years, the most affected is the most vulnerable sector, which depends on the free services offered by the State.

Paradoxically, this is the population that [the US] seeks to “save” with unilateral coercive measures.

Resorting to the International Monetary Fund is another of those routes that the Venezuelan government has sought to serve the population, as well as more than 70 nations have done in the face of the accelerated spread of the new coronavirus. In this case, there is no recourse not due to lack of resources, but because they cannot be made available due to the blockade.

The current global crisis that Covid-19 has generated has exposed several realities. On the one hand, it shows the devastating effect that arbitrary sanctions have on a country, an effect that is maximized with a pandemic, and on the other, it has revealed that they are imposed more for political rather than humanitarian reasons.