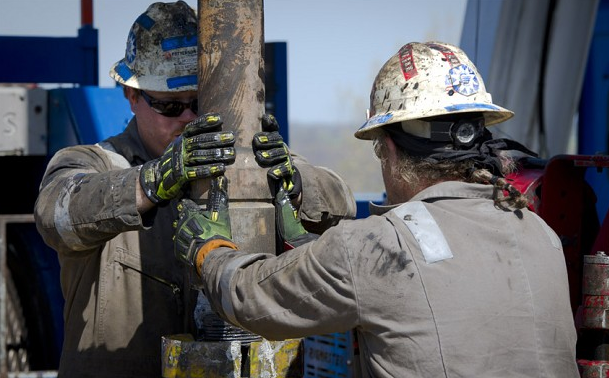 Are The Frackers In Full Retreat?

Fracking did not start well in Britain largely because Cuadrilla tried to import US attitudes. Photo: AFP

Fracking, so recently seen as solving our national energy crisis, will unexpectedly fight for its future in Britain next week. On Wednesday, Lancashire councillors will decide whether to endorse a surprise recommendation from their officials to prohibit the first shale gas wells in years. And two days earlier MPs from four parties will force votes on temporarily banning the practice altogether.

The crisis has blown up out of the blue. And even if the industry gets through the week unscathed, there is a growing feeling that nothing will be the same again. Government sources admit that the pressure for a moratorium is “gaining traction” in parliament, while industry fears that their “window is closing”.

Just a week ago everything seemed set fair. Cuadrilla had just got Environment Agency approval to drill eight exploratory wells in rolling, open farmland at Roseacre and Little Plumpton, near Blackpool. Other official agencies like Natural England and the Health and Safety Executive were happy: even the local tourist body was in favour. The company was “excited”, professed itself was unworried by the collapsing international oil price, and expected to be fracking by Christmas.

But on Wednesday, Lancashire County Council’s planning officers dropped their bombshell, recommending that planning permission be refused. Curiously they cited none of the usual objections. They roundly rejected, for example, any suggestion that the fracking would pollute water supplies or cause significant earthquakes or air pollution.

Instead they baulked at 24-hour drilling over several months raising noise levels at night to a fridge’s hum at just a handful of homes hundreds of yards from both sites, and at 50 lorry trips a day having an “unacceptable impact” on the narrow lanes around Roseacre.

Councillors will decide the issue at hearings starting on Wednesday, but they usually endorse officials’ recommendations. Critics allege that real objections are political rather than environmental and have already starting fulminating about “crackpot council inspectors” and “committees of bumpkins influenced by marauding locals”.

But it’s gone way beyond Lancashire. On Thursday former Tory environment secretary, Caroline Spelman, and seven members of the powerful Environment Audit Committee, tabled an amendment to the Infrastructure Bill to impose a moratorium. On Monday, the day the motion is debated, they committee itself will formally recommend a halt.

Ten other MPs are proposing a similar measure, while Anne McIntosh, chairman of the Commons’ Environment, Food and Rural Affairs Committee adds: “I don’t think fracking is appropriate.” Labour is also calling for a moratorium, unless 13 safeguards are put in place. And more than half of MPs’ constituencies have fracking licences which overlap groundwater protection zones.

The immediate danger may well pass. The parliamentary motions should fail, despite ministerial fears, and Cuadrilla may make concessions that meet Lancashire’s objections. But it is a big turnaround from five years ago when the firm was busily drilling in Lancashire and the industry seemed set for effortless expansion. As its chairman, Lord Browne, admits it “did not start well” , largely because it tried to import US attitudes to Britain.

It failed to inform ministers that it had caused a minor earthquake, causing them to halt fracking, and made the huge mistake of trying to drill in Balcombe. The resulting controversy not only chased it from the home counties,but alsmade things much harder in the North West. It did not even need to get planning permission to drill five years ago, but this time it had to submit 9,000 pages of documents and wait eight months, only to be rejected by officials.

This all has an uncomfortable feel of how another confident industry, agrotechnology, lost its bid to introduce GM foods and crops over a decade ago, believes Katharine Teh-White, Managing Director of Futureye, a consultancy with experience of retrieving such situations. She fears fracking will similarly lose its “social licence” to operate, adding that when public outrage and political doubts coincide things can “go very quickly downhill”.

The four main drivers of outrage – feelings of lack of control, that industry does not respond to concerns, that the local people affected do not benefit, and that regulatory authorities can’t be trusted – have all helped cause the fracking crisis. The danger, she says, is that rejection, as with GM, will become the norm, excluding a technology that could benefit Britain.

She insists that only a complete change of attitude, with industry admitting mistakes and engaging with the public as equals – instead of indulging its traditional tendency to “announce, decide, and defend” – can turn things round. There are encouraging signs that the industry is starting to realise this. But the road to recovery is a lot rougher than just doing it right in the first place.

Buy it, wear it, compost it

Ever had an outfit that made you look rotten? Now you may be able to get your own back, because a Swiss company says it is producing the world’s first compostable clothing.

I thought that clothes made from natural fibres would rot down, but the company, Freitag, says that’s not good enough, since most contain some polyester thread. And then there are all those plastic buttons…

By contrast, it says, its textiles consist purely of hemp, flax and modal –a fibre made from beech wood – which are “grown on European soil and do not harm it or require excessive amounts of water”. Shirt buttons are made of nuts – and though trouser buttons are metal, the truly conscientious can unscrew, and reuse, them.

Thus, it says, “anyone who has to sorrowfully say goodbye to the product after many happy years together can toss it on the compost pile”.

Sounds good, since Americans alone chuck out 10.5 million tons of clothes a year. But there’s a snag: the “thick, very solid material” is rather scratchy on the skin. Never mind, says the company, you “will soon be addicted to its feel”. I guess that’s what they used to say about hairshirts, too.

Premium pintas from family farms would save our cows

Here’s a thought for farmers hammered by the price of milk crashing like that of oil. Over the last year what they get for each pint has halved, and – not surprisingly – the number of dairy farms in England and Wales last week dropped below 10,000 for the first time. The National Farmers’ Union does not seem to have much of an idea, except to blame supermarkets. Doubtless they deserve it, but they’re not likely to change And it will continue to be the family farms – which actually let their beasts graze grass – that close, while milk factories that confine animals indoors will increasingly take over.

The idea came to Patrick Holden – founder of the Sustainable Food Trust and close advisor to the Prince of Wales (his bust adorns a small gallery of the heir to the throne’s heroes in a corner of Highgrove’s garden) – as he milked his own cows the other day. Why not introduce a Fair Trade mark for milk from small farmers, who produce the stuff ethically and are given a fair price? As he’s organic, Holden already gets a premium, but surely such a benefit could be spread more widely.