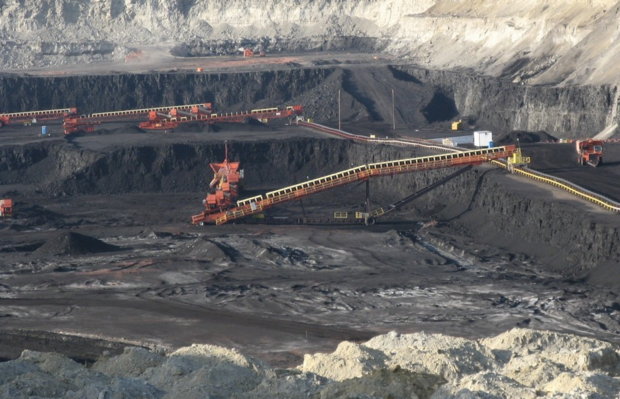 As Coal Goes Bankrupt, They Steal From Workers & Screw Environment

Much is made of the “war on coal” in some circles, but the war on coal miners is mostly ignored. That war, of course, has been going on for more than a century in various forms.

Company “gun-thugs” once battled unions with bullets, and company lawyers fought black lung legislation with pens and lobbying. Later, they did the same with environmental regulations.

Today, the battered U.S. coal industry, much of it on the verge of bankruptcy or already over the precipice, is doing what it can to steal workers’ benefits, including their pensions, and to avoid government-mandated environmental clean up costs. But the companies are rewarding executives who succeed in this endeavor. Take the bread out of a worker’s mouth and you get to eat cake. It’s a good addition to the résumé in the world of corporadoes.

Seven executives and eight other employees who remain unnamed in court documents are eligible for the bonus if they hit certain metrics for cutting costs while protecting the company’s cash reserves. Top executives were already promised $2 million retention bonuses for staying with the company through August 2016. These bonuses are described by Alpha as incentives to ensure high-level performance, something that is apparently not covered by annual salaries. In 2014, as the company was evidently on the verge of financial collapse, Alpha paid CEO Kevin Crutchfield nearly $8 million, and former President Paul Vinning more than $4.5 million.

The plan to dole out millions of dollars to the same executives that bankrupted the company is the latest in a series of controversial steps taken by the industry giant. Late last year, Alpha also proposed to eliminate health insurance, disability, and other benefits for mine workers. According to court documents, this move would affect more than 4,500 disabled former employees, non-union retirees, and their families.

Complaints about such bonuses are bound to be ignored. Those executives are, after all, just doing what they are ordered to do, right? If they perform their screw-job efficiently, surely they deserve the extra money for it.

Alpha isn’t the only company continuing the industry’s heritage of messing over workers and dumping the cost of environmental restoration onto taxpayers.

Peabody Energy Corporation created the Patriot Coal Corporation specifically to walk away from its contractually mandated benefits to retirees and disabled workers. Patriot filed for Chapter 11 protection just two years after acquiring the financial obligations for these workers. The bankruptcy outcome will likely mean the workers and retirees will get none of the benefits their union had negotiated.

As Gentile writes, there is also Arch Coal, the nation’s second-largest coal producer after Peabody, which filed for bankruptcy last month, having already dumped its retiree obligations on Magnum Coal, an operation that soon was taken over by Patriot.

And while the companies are bailing on their obligations to workers, they’re also taking a powder when it comes to reclaiming the land after mining operations come to a halt. Alpha signed an agreement with Wyoming giving the state a super-priority claim on $61 million if Alpha does not emerge from bankruptcy. But reclamation costs for Alpha’s Wyoming mining operations are set at $411 million.

Coal companies are normally required to be bonded, through third parties or via self-bonding, for the entire costs of reclamation. State authorities say they are holding Alpha responsible for all reclamation costs, but their agreement with the company does not require it to be bonded during bankruptcy. So the claim that Alpha is obligated for the full costs is a joke.

Those multi-million-dollar bonuses, however, aren’t a joke.