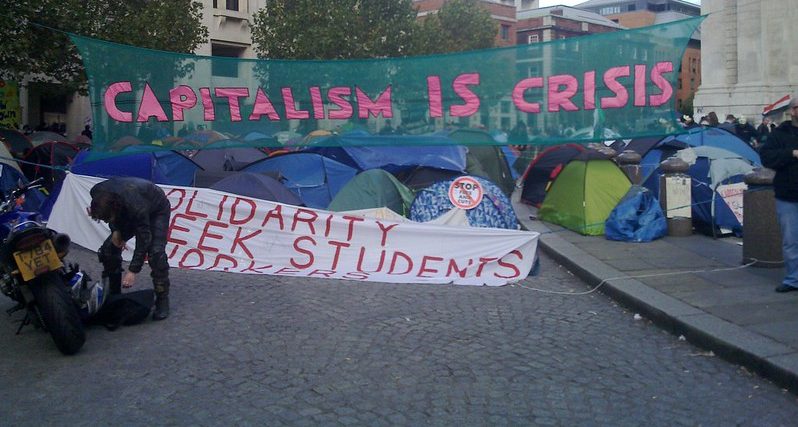 As Global Inequality Rises, So Are The Movements Fighting It

A new report gathers insights from over 170 activists on the frontlines of inequality struggles in 23 countries on how to build and sustain their movements.

This week we as Fight Inequality Alliance have released our first report, The State of the Growing Movement Fighting Inequality. We aimed to begin balancing the plethora of research on inequality — its causes and symptoms, as well as the data crunching and killer stats that others have been doing so well since inequality has skyrocketed to its current crisis levels — with some analysis of how the movement fighting back is growing in response.

Over the last year, headlines generated by mass protests on issues of inequality have intensified. From Chile to Ecuador to Lebanon to Haiti to France and well beyond, a particular grievance like a rise in fuel prices or transport fares has been the spark for mass action by citizens who have simply had enough. Typically, this spark has given rise to a larger struggle for more systemic change. In most instances, as governments respond with violence and repression, it is clear we are in desperately difficult and dangerous times for people who are bold and brave enough to seek a more just, equal, and sustainable world.

As protests continue to spark and grow around the world, the question of how movements fighting inequality are built and sustained has come into sharper focus.

In partnership with researchers at Rhize, we conducted surveys and interviews with over 170 activists on the frontlines of inequality struggles in 23 countries across Latin America, Africa, Asia, and Europe over 2018-19. Our new report, The State of the Growing Movement Fighting Inequality, analyzes these surveys and interviews, providing great insights for the way forward for those of us seeking systemic change to the inequality crisis.

Through this report, we found out that most movements fighting inequalities grow as a direct response to the impacts of inequality people are experiencing. When people are faced with the realities of inequality every day, they organize, linking up and finding power in uniting with each other to tackle the root causes.

We are now seeing this on a wider scale in how the climate movement, trade unions, community, indigenous rights, feminist and civil rights groups, and many others are increasingly joining together to fight inequality. Often movements organizing and challenging power face increasing repression and sometimes violence from the state.

The research found the three biggest struggles where inequality movements are most active are natural resources, elite capture and corruption, and women’s rights and feminist agendas.

The fight for access to and control over natural resources, including land, reflects underlying dynamics of political and economic power in countries — for example, reflecting the historical consequences of colonialism, and patriarchal and racist systems on the rights and liberties of Indigenous Peoples and communities. This is also linked to concerns about the climate crisis and how to create an energy transition that doesn’t reinforce existing inequalities.

Many activists who we interviewed also spoke about injustices stemming from elite capture of wealth, power, and corruption, which is linked to and often fueled by the use of or control over natural resources.

There is also a strong push and need to bring feminist analysis, agendas, and action into broader inequality movements to make them truly transformative. Additionally, the growth of the #metoo movement has seen renewed attention on women’s rights and power dynamics within organisations and movements. It has proven to be the beginning of a necessary wake-up call within civil society for many movements when abuses of power and harassment have surfaced. Respondents interviewed for the study grappled with patriarchy and advancing feminist agendas in their own movements.

We also found out that movements want to become more globally connected. Seventy-four percent of survey respondents chose “Opportunities for joint international campaigning, visibility and support” as a top form of support and connection they wanted from others in the movement.

In this era of far-right populism, with leaders preaching hate, fear, greed, nationalism, and with multilateralism at a perilous point, this shows that an internationalist movement is possible and wanted by those who need it most. But activists need to be in the driving seat.

Despite the often-bleak picture we find ourselves in, the energy and dynamism of the movement that the report reveals is inspiring and cause for hope. The cautionary tale is that if we want systemic change then we have to do the hard work, both on ourselves and in our movements, as well as remaking the societies we live in to make it happen.