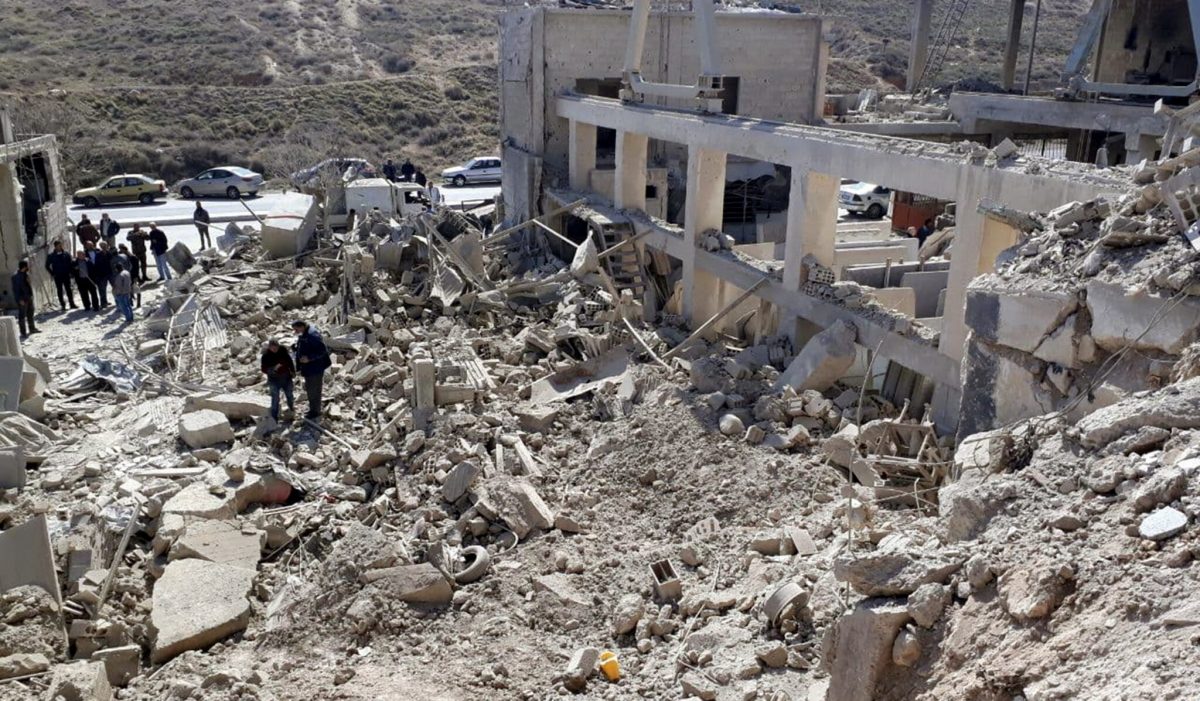 Assad And Zelenskyy – A Contrast In Media Coverage

In the early hours of Friday morning, Israeli airstrikes on the Syrian capital of Damascus resulted in the deaths of three Syrian soldiers, only a month after Damascus International Airport was bombed under similar circumstances, with Tel Aviv alleging that it was being used by Iran to transport weapons into the Arab Republic, where Tehran is operating in an anti-terrorist capacity under official invite from the Syrian government.

This air campaign, which began in 2013 following the Iranian intervention in the proxy war on Syria which had begun two years previously, has stepped up markedly in recent years, with Israel recently threatening to assassinate Syrian President Bashar al-Assad in an airstrike should the Islamic Republic continue to co-operate with its Arab counterpart.

What is interesting to note however, is that despite remaining President in the face of an 11-year long regime change operation, involving the arming and training of terrorist groups by the United States, Britain and Israel, as well as direct military action from those states, Bashar al-Assad is not afforded the same heroic descriptions gifted to his Ukrainian counterpart, Volodymyr  Zelenskyy, a newfound darling of the corporate media since the Russian military intervention in Ukraine began in February of this year.

To understand why, one must look at the wider geopolitical factors at play in both conflicts.

Timber Sycamore, the CIA operation intended to violently overthrow Assad, has its roots in the Syrian leader’s 2009 refusal to allow US-allied Qatar to build a pipeline through his country, an arrangement that would have undermined his relationship with key-ally Russia.

Realising that should Damascus fall, Tehran would be next in line to experience a US-backed ‘revolution’, Iran and Hezbollah launched an intervention in 2013 at the request of Assad’s government, an arrangement that has played a crucial role in preventing Syria from suffering the same fate that befell Libya, also subjected to a US-orchestrated regime change operation in 2011 and overrun and destroyed by Western-backed terrorists in the space of eight months.

This is where the role of Israel comes into play, with the Syrian Arab Republic being a long-time foe of the Zionist state since its establishment in 1948, and previously friendly Iran also becoming an opponent following the anti-Zionist Ayatollah Khomeini coming to power in the 1979 Islamic Revolution.

As a result, Israel has played a key role in the Syrian regime change operation by providing arms and training to the terrorist groups vying to overthrow Assad, and has also stepped up its campaign of air strikes against the Arab state in order to counter what it sees as ‘Iranian expansionism’ in the region.

Despite this air campaign carrying the serious risk of escalating the Syrian war into a major regional conflict, Israel has come in for little to no criticism from the West for carrying it out, and no praise has been given to Assad for standing by his country in the face of it, in stark contrast to Ukrainian President Volodymyr Zelenskyy.

In November 2013, a CIA and MI6-orchestrated regime-change operation was launched against Ukraine in response to then-President Viktor Yanukovych’s decision to suspend an EU trade deal in order to pursue closer ties with neighbouring Russia.

In a similar vein to Timber Sycamore’s support of radical Wahhabi groups, Euromaidan would see the support of far-right anti-Russian and neo-Nazi elements, who would play a key role in the post-coup Western-backed government of Petro Poroshenko.

Indeed, such was the extent of anti-Russian sentiment in Ukraine following the Maidan, that the predominantly ethnic Russian Donbass region in the east of the country would break away in April 2014 to form the independent Republics of Donetsk and Luhansk.

An eight-year long war on both Republics by Kiev would follow, involving neo-Nazi paramilitaries such as Azov Battalion and Right Sector, leading to 14,000 deaths.

Though Russia would seek to resolve this conflict peacefully through the Minsk Accords, which would grant Donetsk and Luhansk a degree of autonomy while still remaining under Ukrainian rule, Kiev’s failure to implement its side of the agreement would ultimately force Moscow’s hand in February of this year, when a special military operation was launched into Ukraine in order to protect the ethnic Russian population in the east, and to destroy any military infrastructure that would have been used against Russia had Ukraine gone on to become a member of NATO, the alliance having failed to honour a post-Cold War agreement not to expand eastwards.

Five months on, and the Russian military intervention in Ukraine has been the subject of global condemnation and sanctions, with Zelenskyy acting as a figurehead for Western propaganda to offset the fact that Moscow has been successful in its goal of preventing NATO from encircling Russia on its Western border, the Ukrainian President receiving widespread praise from the Western media despite Kiev, located in the west of Ukraine, not being the focus of the Russian military operation taking place mainly in the east, in stark contrast to Bashar al-Assad staying in Damascus, a city that only took back full control from Western-backed terrorists in 2018, and is still regularly targeted by Israeli airstrikes.