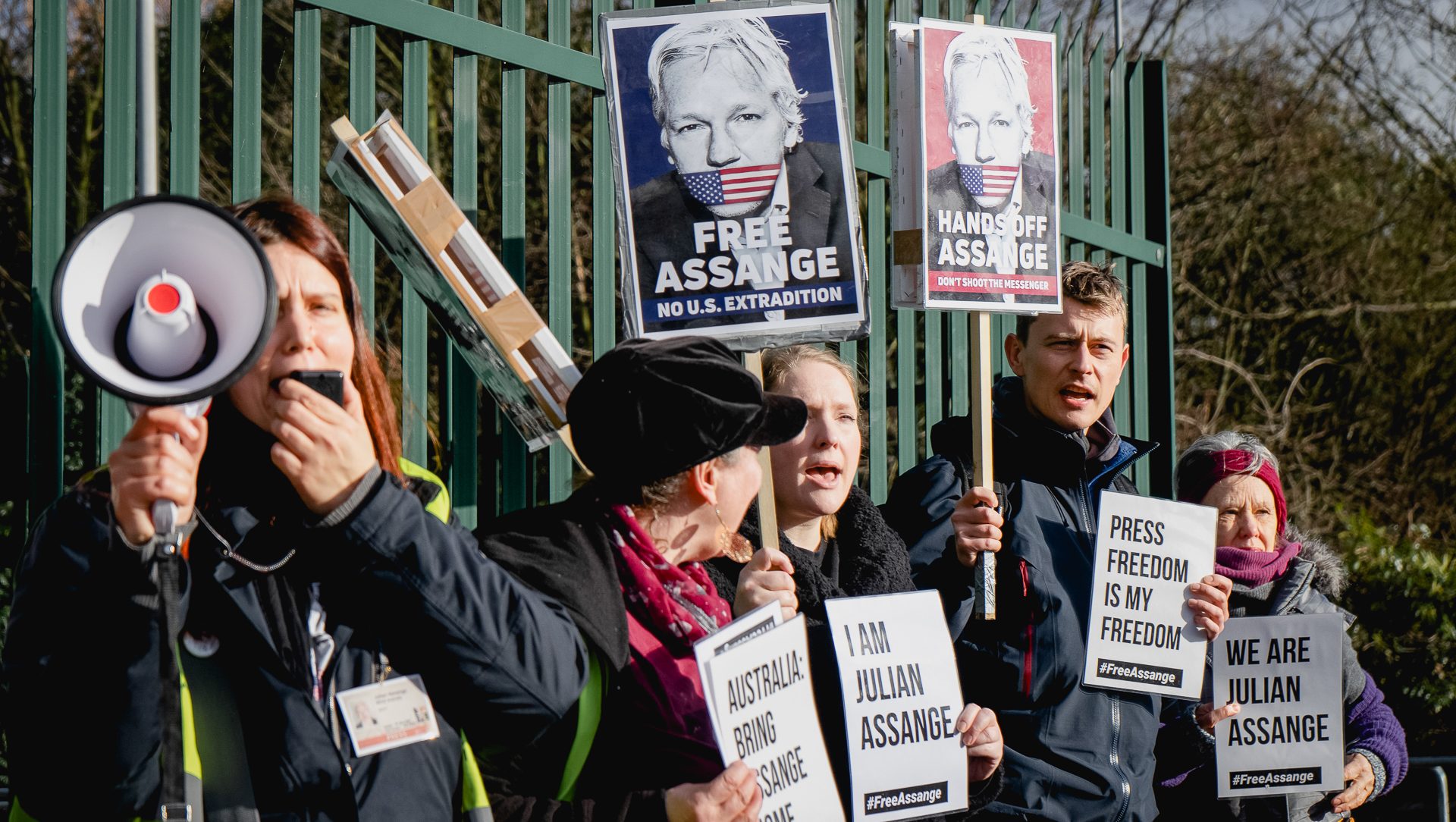 The case against him is “Lies, lies and more lies.”

Assange personally warned the White House of the leak

The second day of the extradition hearing of Julian Assange opened today with a discussion about how he is being treated in prison. The court heard that yesterday alone, he was handcuffed 11 times, strip-searched twice and paperwork was removed from him by security staff.

Edward Fitzgerald QC, for the defence, was supported by James Lewis QC for the Prosecution in asking the judge to “send a message,” to the prison authorities that this was unacceptable.

Mark Summers QC, another member of the defence team, then rose to argue that the prosecution case that Assange had solicited material from former US soldier Chelsea Manning and had then recklessly put lives at risk by releasing it was “Lies, lies and more lies.”

The QC said that the released cables had a clear public interest, including US spying on UN diplomats, extra-judicial killings etc, says their release has “changed the world.”

Manning, the court was told, had taken full responsibility for the release of the information at her court-martial, and while Wikileaks did have requests for information on its website, the idea that they asked for US diplomatic cables was “complete fantasy.”

He suggested that for nine months after the data had been passed on, Wikileaks worked with five media partners to edit out anything from the cables that could put lives at risk. Summers said that even the US State Department was co-operating with the process, holding a conference call with a German media outlet to discuss how this could be done.

The court was told that this went wrong when two Guardian journalists, Luke Harding and David Leigh, published a book which contained the password to the database. This led to the uncensored information being published on Cryptome, a US-based site. As Summers noted, the information is still on the site and Cryptome has never faced prosecution.

Defence Counsel also told the court that when the password disclosure was discovered Assange had personally phoned the White House to warn them, only to be told to call back “in a few hours.”

Summers then said, ““The US government knows all this, but then they send documents to the court saying Assange ‘recklessly put lives at risk’”

He also rubbished claims that Assange had helped Manning to hack a password to gain access to information, noting that she already had full access and, it was shown at her court-martial that this was tracked by IP address, not by a password.

Summers concluded: “Is this extradition request a fair reflection of what is known by the US government? The answer is blatantly no.”