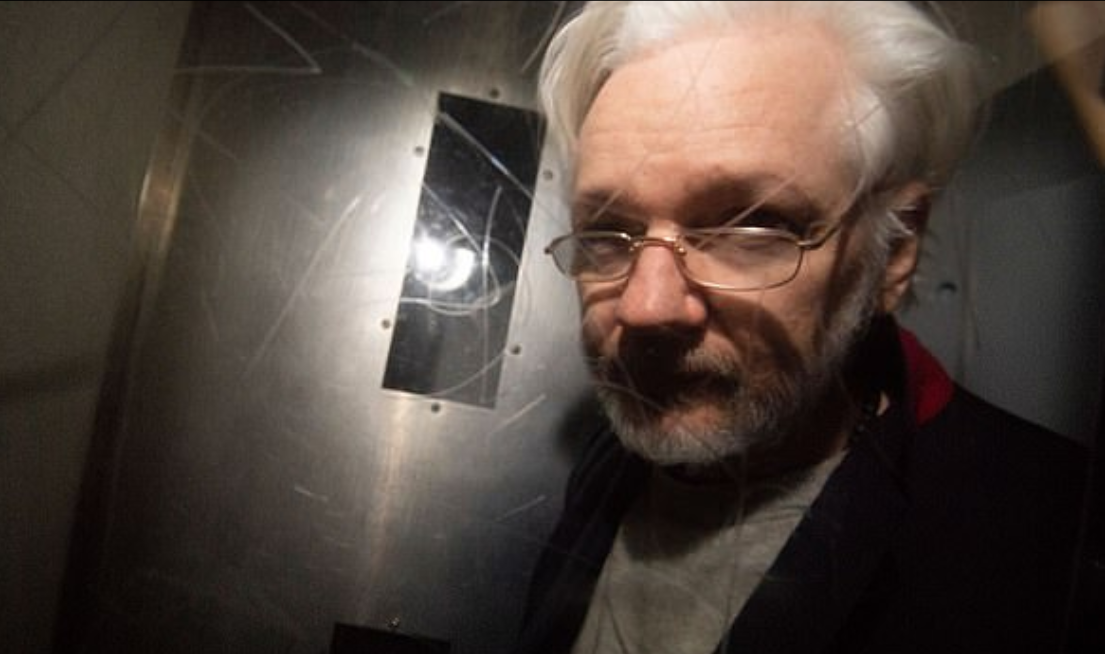 Above: Julian Assange leaving Westminster Magistrates’ Court on January 13, 2020. From the Daily Mail.jpg

Hearings in the extradition of WikiLeaks founder, publisher, and editor Julian Assange will resume in September after being postponed from May 18 because of the coronavirus outbreak, which would have prevented lawyers from attending the hearing. Judge Vanessa Baraitser said it would not be possible for it to recommence this month because of strict restrictions on gatherings to curb the spread of COVID-19.

Assange’s lawyers have said they have been unable to discuss the case with their client since the coronavirus outbreak. “There have always been great difficulties in getting access to Mr. Assange. But with the coronavirus outbreak, the preparation of this case cannot be possible,” his attorney Edward Fitzgerald told the court. Today, Judge Baraitser said the case would be moved to another Crown Court in September, once one with availability is secured.

The parties were unable to schedule the three week hearing for July or August. In addition, time was needed so that US prosecutors could attend the hearing. The Daily Mail reported the government lawyer, James Lewis, saying, ‘We think it is doubtful flights will have resumed earlier than then so we would rather have a September date because it gives more opportunity to have the American prosecutors actually in court.’

The parties agreed September 7 as the earliest date for the hearings to resume, although an exact date and an appropriate venue were yet to be decided. “It’s going to take some negotiation to find a Crown Court that is open in September, in the current climate, and willing and available to take this hearing,” Judge Baraitser said in Westminster Magistrates’ Court today. The judge will announce the new location, which might be outside London, and the start date for the remaining three weeks of the hearing in writing to the lawyers on Friday.

Assange was not able to attend Monday’s hearing via videolink because his lawyers said he was not well enough to appear.

Kristinn Hrafnsson, WikiLeaks’ editor-in-chief, said in a video posted on social media on Monday that it was “completely unacceptable” that Assange has to spend another four months — and potentially longer — in prison. He described the hearing as a disgrace and denounced the tiny courtroom where only a few journalists could attend. He said this was not open justice and it needs to end.

“Remember now, a day after #WorldPressFreedomDay , Julian #Assange is the only journalist in Western Europe sitting in prison, and he is sitting in a UK prison. That has to end.” – @khrafnsson Editor in Chief of @WikiLeaks #FreeAssange#AssangeCase#COVID19 #MayThe4th pic.twitter.com/SkXOXpsEaH

Only six journalists and six members of the public were able to be inside the small courtroom. Other journalists dialed in for the hearing but were left on mute and could only hear holding music for the entire hearing.

The incarceration of Assange was denounced by journalism and free press groups yesterday, May 3, World Press Freedom Day.

Committee to Protect Journalists @pressfreedom is just one of many media freedom organizations calling out the treatment of #Assange: [This prosecution of #Assange] threatens to criminalize the most basic practices of reporting #WPFD2020 #WorldPressFreedomDay pic.twitter.com/cAZFSt0hIP

On World Press Freedom Day, Wikileaks highlighted the awards Assange has won for his work as a publisher and editor of Wikileaks.

On this #WorldPressFreedomDay a visual look back on Julian #Assange and #WikiLeaks awards for Journalism#FreeAssange #FreePress pic.twitter.com/3XSLUTOoqT

The UK is proud to be part of the Media Freedom Coalition championing press freedom around the world today #WPFD2020. At this critical time, journalists & media professionals need our support and I call on governments to #DefendMediaFreedom https://t.co/SKP8h1PRQo

The Courage Foundation, on whose advisory board I serve, urged people to support Assange’s defense saying “Journalism is not a crime.”

Support the campaign to defend Julian Assange, press freedoms, and your right to know.https://t.co/3Ya6L1WWAo#WPFD2020#FreeAssange#DontExtraditeAssange pic.twitter.com/tc5Mev8GRf

Assange, 48, has been held in England’s Belmarsh prison since September after being dragged out of the Ecuadorian Embassy in London where he stayed for seven years where after being granted political asylum. Video showed him being forcibly removed from the embassy while holding a copy of Gore Vidal’s History of the National Security State.

Assange is fighting extradition to the United States to stand trial over multiple accusations of violating the Espionage Act. He faces an 18-count indictment that was made public in May 2019. The indictment alleges Assange is complicit “in unlawfully obtaining and disclosing classified documents related to the national defense.” These relate to thousands of reports, briefs, and cables. The indictment described the documents as “Secret Level” classified documents. The US has accused Assange of working with former Army intelligence analyst Chelsea Manning to hack the Department of Defense and the release secret documents. Assange could be incarcerated for the rest of his life as the charges carry a total of up to 175 years’ imprisonment.

WikiLeaks said in a statement that the indictment was an “unprecedented attack on the global free press.” Popular Resistance views the charges as an attack on Freedom of the Press and the public’s right to know and describes the case as the most important free press case of our times. The prosecution of Julian Assange will define freedom of the press for the 21st Century and threatens publishers, editors, and journalists who report the truth based on classified documents. The overreach of the United States in indicting an Australian citizen, living in the UK for reporting accurate information about US actions is a threat to journalism throughout the globe. As has been the case in every hearing, group of protesters gathered outside Westminster Magistrates’ Court today, urging the release of Assange, opposing his extradition and prosecution.

By the time any hearing begins in September, Assange will have spent over a year incarcerated after he was dragged out of the Ecuadorian Embassy in London. Assange’s lawyers have been seeking to get him released on bail over fears for his health during the coronavirus pandemic.

Assange’s father John Shipton was delighted about the delay, saying it will allow family and supporters from Australia to attend. He’s also optimistic Assange might not be behind bars for the whole four months. He said, ‘I’m hoping there will be a very strong and firm bail application. It appears his lawyers held the power in today’s hearing and got the hearing dates they wanted, so it’s a good sign.’

The next administrative hearing is scheduled to take place on June 1.