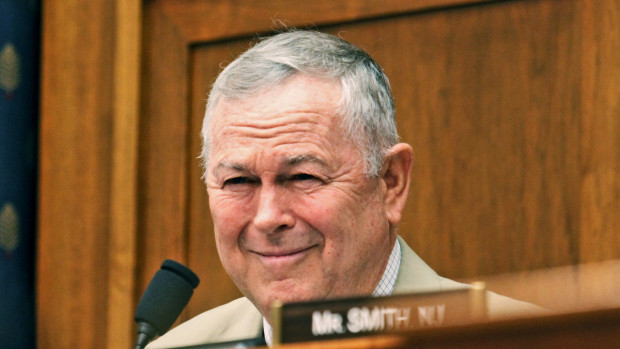 Assange “Has Absolute Proof” Russia Did Not Meddle In US Elections

Above Photo: Rep. Dana Rohrabacher, R-Calif. is seen on Capitol Hill in Washington. Rohrabacher, who’s been consistent in rejecting the Russia collusion theory on Capitol Hill lashed out at the country’s critics as he prepared to meet with President Donald Trump, Tuesday, April 4, 2017 (AP/Paul Holston)

Last week The Duran reported that if there is one man on the planet that can settle the entire “Russia election meddling”, narrative spun by Hillary Clinton and John Podesta, that man is Wikileaks founder Julian Assange.

Assange is offering to prove without a shadow of a doubt that Russia did not meddle in the US elections, but for this information, Assange is asking for a pardon from POTUS Trump.

The problem is that Trump is not being given this message by his White House team, and the Generals that control his Administration, specifically Chief of Staff General John Kelly.

California Congressman, Dana Rohrabacher says he has seen the evidence that will disprove “Russia-Trump” collusion accusations once and for all, but he’s having a hard time getting his message through to the president.

In an interview OAN, Rohrabacher was confident that the president will “get behind this” as soon he hears the message.

I think he will because I’m going to try to overcome the obstacles in the way, which happens to be his staff.”

“So in the next few weeks, my job is to try to make sure the president’s staff doesn’t fence him off from this offer.”

“I think that when he hears that there’s been an offer made, he will insist on knowing about it.”

PJ Media reports that Rohrabacher noted that the one person who could prove or disprove charges that Trump and Russia colluded on hacking the DNC is Julian Assange, and no one has even bothered to go see him. Last month, Rohrabacher went to London to visit him at the Ecuadorian embassy himself.

He has a story to tell,” Rohrabacher said. “He’s the one guy that I think the American people and the people in the world need to hear, and he’s the one guy that now our intelligence agencies as well at the powers that be in Washington don’t want anybody to hear….”

The congressman suggested that the intelligence agencies, headed by Obama appointees, had political motivations when they verified that the Russians had hacked the DNC.

“Julian Assange says that’s absolutely not true,” he said. “Absolutely, the Russians did not provide him with these emails” — but someone else did.

Rohrabacher said the WikiLeaks founder “has absolute proof of who gave him those emails” but he wants to secure a pardon before he provides the information — so that when he “leaves the Ecuadorian embassy, he doesn’t get arrested”

The congressman said people should not take Assange’s word for anything, but should instead look at the evidence he provides.

“We’re relying on him providing us evidence which we [the American people] then will evaluate and that will determine whether or not we believe his story as to who actually delivered those emails to him,” he said.

Rohrabacher told OAN in the second part of the exclusive interview (to be aired on Saturday) that “the American people don’t know as much as they should” and would be “outraged if they knew the full measure of the information withheld from them.”