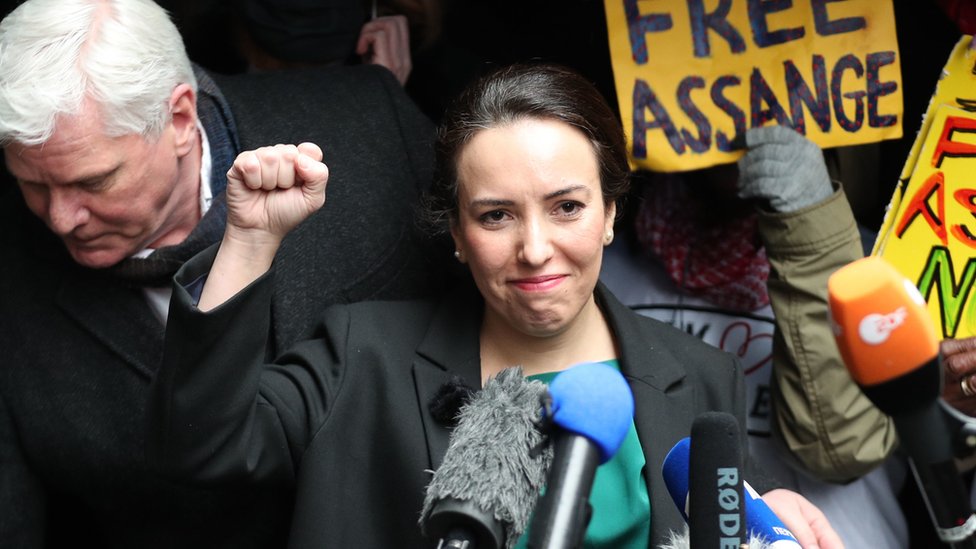 She accepted that he would likely be imprisoned at a supermax prison in the U.S. under special administrative measures (SAMs) and would find a way to commit suicide.

“I am satisfied that, in these harsh conditions, Mr. Assange’s mental health would deteriorate causing him to commit suicide with the ‘single minded determination’ of his autism spectrum disorder,” Baraitser declared.

“I find that the mental condition of Mr. Assange is such that it would be oppressive to extradite him to the United States of America.”

The judge highlighted Jeffrey Epstein’s suicide as well as the suicide attempt by Chelsea Manning in the Alexandria Detention Center, where Assange would be held before and during trial.

Baraitser determined in “conditions of near total isolation,” and without “protective factors which moderate his risk” of committing suicide at the high-security Belmarsh prison, where he is currently detained, the authorities would not stop him from trying to end his life.

The US government will submit an appeal with the High Court of Justice, and he will have an opportunity to apply for bail from Belmarsh, where he has been detained since April 2019.

Assange was charged in 2019 with 17 counts of violating the Espionage Act and one count of conspiracy to commit a computer intrusion that contains elements of an Espionage Act offense.

A superseding indictment in 2020 contained new general allegations that targeted his speech at conferences and the role he allegedly played in helping NSA whistleblower Edward Snowden leave Hong Kong.

The charges criminalized common newsgathering practices, including the receipt and publication of secret government information. Press freedom organizations throughout the world condemned the charges.

Baraitser accepted virtually all of the allegations by the U.S. government as reasonable, which was likely alarming to all press freedom organizations following the case.

She even contended a U.S. court would protect Assange’s due process and free speech rights. But because of the “real risk” that he will be held at ADX Florence in Colorado after his trial, she declined to grant the request.

This is breaking news and updates will be included throughout the day.