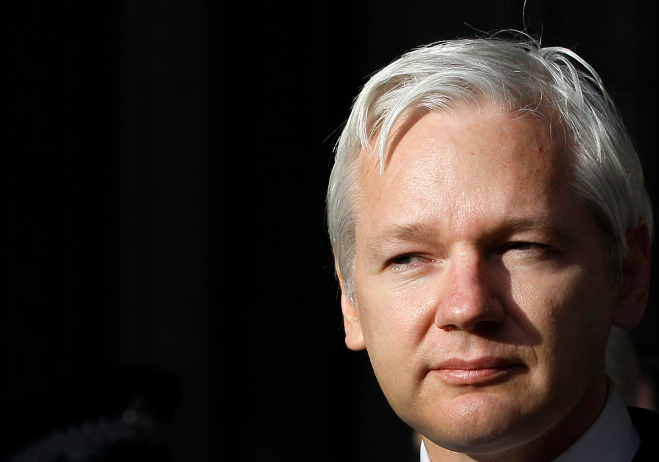 Papers released in US legal proceedings have revealed that a “criminal/national security investigation” by the US Department of Justice and FBI probe of WikiLeaks is “a multi-subject investigation” that is still “active and ongoing” more than four years after the anti-secrecy website began publishing secret US diplomatic and military documents.

Confirmation that US prosecutors have not closed the book on WikiLeaks and Mr Assange comes as a consequence of litigation by the US Electronic Privacy Information Centre to enforce a freedom of information request for documents relating to the FBI’s WikiLeaks investigation.

Justice Department lawyers last month told the US District Court in Washington DC that there had been “developments in the investigation over the last year.”  In a document filed with the court on Monday, the US Government further affirmed that the “main, multi-subject, criminal investigation of the [Department of Justice] and FBI remains open and pending” making it necessary “to withhold law enforcement records related to this civilian investigation.”

In August 2013 US Army private Chelsea Manning, formerly Bradley Manning, was sentenced to 35 years imprisonment, with the possibility of parole in eight years, as a consequence of his conviction on espionage and other charges for leaking thousands of classified US military and diplomatic documents to WikiLeaks.

During Private Manning’s trial US military prosecutors made repeated references to Mr Assange, alleging that the WikiLeaks publisher guided and directed the soldier’s disclosure of classified information.

The US Department of Justice opened an investigation of WikiLeaks after Private Manning’s arrest in May 2010.

Australian diplomatic cables released to Fairfax Media under freedom of information laws later revealed that senior Justice Department officials privately described the investigation as being “unprecedented in scale and nature.”

Since June 2012 Mr Assange has resided at Ecuador’s London embassy where he has been granted political asylum by Ecuador on the grounds that he is at risk of extradition to the US to face conspiracy or other charges.

British police are on guard outside the embassy 24 hours a day, waiting to arrest Mr Assange so he can be extradited to Sweden to face questioning about sexual assault and rape allegations that were first raised in August 2010.  The cost of the continuous police presence has now exceeded £5.9 million ($10.7 million).

Former Foreign Minister Bob Carr stated in June 2012 that Mr Assange had received more consular assistance than any other Australian over a comparable period.

In his recently published diary, Mr Carr observed that “strictly speaking” he didn’t know if this was actually the case and that he made the claim “to needle [Assange’s] self-righteousness.”

“He’s no more likely to be extradited by the Americans from there than from the United Kingdom,” Mr Carr wrote.

“Sure enough, my needling has an effect,” Mr Carr added.  “His mother is sounding off on AM the next morning claiming we should be defending him in Sweden – as if it’s our job to fight the court cases of Australians in trouble overseas.”

Mr Carr later told a Senate estimate committee hearing in February 2013 that he would not “over-service” Mr Assange’s consular case and had told the Department of Foreign Affairs and Trade to make no further representations on the matter because it “doesn’t affect Australian interests”.

“He chose to seek political asylum in the Ecuadorian Embassy … I have judged that the support that we have given to Mr Assange is appropriate in the circumstances,” she said in an interview with an Indian newspaper.