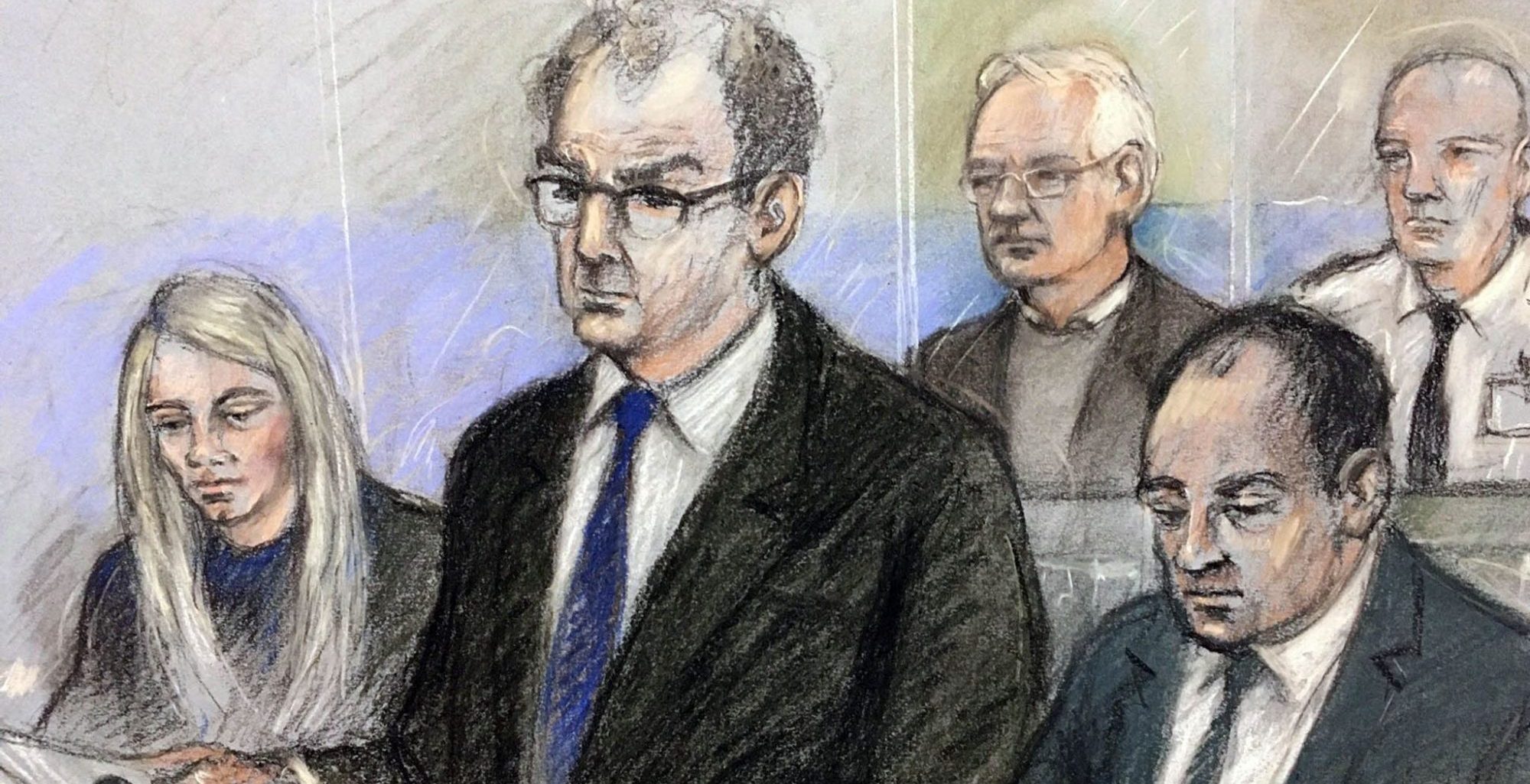 Assange Would Not Have Fair US Trial, Witness Tells Old Bailey

Above photo: Julian Assange (back) listened in the dock as James Lewis (front, centre) opened the hearing with the US position.

Julian Assange’s extradition hearing resumed yesterday morning after a coronavirus test for a member of the prosecution’s legal team came back negative.

Mark Summers QC, one of Assange’s lawyers, asked District Judge Vanessa Baraitser to give a direction mandating the use of masks for the remainder of the hearing. She responded that government guidance on wearing masks in public places in the Old Bailey “does not include the well of the court,” before saying, “those that wish to wear masks in the well of the court are welcome to do so” but “there is no obligation to do so, and I make no direction.”

Assange was wearing a mask in the dock, but Summers noted that “there have been difficulties in getting him masks in the weeks leading up to this.” As the pandemic surges again in the UK, the danger to Assange’s life will only escalate.

The day’s testimony was given by Eric Lewis, an American attorney with experience of national security cases in the United States District Court for the Eastern District of Virginia, where Assange would be tried if extradited. Lewis has submitted five detailed statements to the court, meaning defence lawyer Edward Fitzgerald QC could only skim the issues covered in the half-hour allocated to him for chief examination by Baraitser.

Nonetheless, a damning picture was painted of the inhuman and degrading treatment which would characterise Assange’s detention in the US and of the impossible restrictions which would be placed on his legal defence. These conditions, Assange’s lawyers argue, violate Article 3 and Article 6 of the European Convention on Human Rights (the rights to a fair trial and not to be subjected to inhuman or degrading treatment) and therefore constitute a bar to his extradition.

Lewis explained his view, summarised by Fitzgerald, that Assange is “likely to be sentenced to imprisonment that will constitute effectively a life sentence.”

“We’re not writing on a blank slate here,” he said, “We’re writing on a slate with a lot of data… There are sentencing guidelines.” Lewis pointed out that these guidelines are not “mandatory,” but “even under the guidelines, under the best-case scenario, we are looking at a sentence somewhere between around 20 years if everything goes brilliantly, to 175 years.” Chelsea Manning “was sentenced to 35 years” and that the government had “asked for 60 years.”

Lewis told the court that it was a “certainty” that Assange would be placed in administrative segregation and there was a “high likelihood” he would also have special administrative measures (SAMs) applied to him both before and after any conviction. This was “tantamount to solitary confinement” and the restriction would severely hinder Assange’s ability to prepare his defence.

Fitzgerald drew attention to a section of Lewis’s statement which describes an ongoing criminal investigation in the International Criminal Court (ICC) into US war crimes in Afghanistan. Lewis details how the WikiLeaks documents are essential to the prosecution’s efforts in that case. The prosecutor’s US visa has been cancelled and the US government has issued an executive order providing for the blocking of assets of any non-US nationals who even assist the ICC in its investigation. “That could apply to human rights activists, but it could apply equally to Mr Assange,” Fitzgerald summarised.

Prosecution lawyer James Lewis QC told the court he would spend four hours on cross examination, after Baraitser allowed him to set his own limits in a ruling last week. Despite this, and despite the examination of Eric Lewis presenting the most egregious disparity so far in the time given to the defence versus the prosecution, the prosecution lawyer demanded more time. The court was subjected to the grotesque spectacle of the legal representative for the US government complaining he was “under intolerable pressure” and “feeling stressed” in his efforts to extradite Assange—a man who has been made to suffer every kind of psychological and legal abuse for a decade.

Baraitser assured James Lewis QC that the limit was not a “guillotine” and that she would hear his arguments for extending the time available for cross examination if he felt it necessary.

The prosecution’s line of questioning against Eric Lewis highlighted the deeply anti-democratic impact of the “war on terror” and the creation of a national security state by the Trump and Obama administrations. The core of the Assange case—the witch-hunting of a journalist and publisher under the Espionage Act—is unprecedented. But the American government’s reactionary aims are facilitated by the long-term evisceration of democratic rights.

In the first phase of the extradition hearing in February, the prosecution argued that Assange had no right to appeal to the section of the Anglo-US Extradition Treaty which bars extradition for “political offences” since that provision was not incorporated into UK law with the Extradition Act (2003). The reduced Act was passed by Tony Blair’s Labour government alongside a raft of anti-democratic “counter-terror” legislation.

Yesterday, the prosecution argued that since the US government states there is no threat of Assange being subjected to solitary confinement, that the special administrative measures are subject to review, and that he will have unlimited access to his lawyers, there can be no problem. James Lewis QC asked a series of questions along the lines of “Is it true that prisoners even subject to SAMs can receive breaks?”

Witness Eric Lewis explained that all of this was largely “semantics,” that “there is a [review] procedure but it’s not one with a meaningful right to challenge,” that while legal visits are “theoretically unlimited” there are “numerous practical and logistical obstacles which create limits,” and that “those breaks are frequently at night.” The prosecution berated him for not giving a “simple binary answer” and for “making speeches.”

The prosecution is also able to lean on reactionary precedents laid down by the English High Court and the European Court of Human Rights. In his cross examination, James Lewis QC referred to the extradition of Babar Ahmad from the UK to the US in 2012. Ahmad had previously been imprisoned in the UK for eight years without charge under anti-terror legislation. The World Socialist Web Site published a perspective on the subject at the time, warning of “Guantanamo’s global reach.”

This decision to extradite, the prosecution argued, was the answer to all of the witness’ concerns about the likely treatment of Assange in the US, since “almost identical” testimony had been given in Ahmad’s hearing arguing for a bar to extradition on Article 3 and Article 6 grounds and had been rejected. Witness Eric Lewis responded that Assange’s was “not a terrorist case,” that Ahmad “was not a national security case,” and that there are “particular issues of fairness when you’re dealing with a classified information national security case.”

He was forced to concede that the English High Court had made the grotesque ruling that “solitary confinement did not in itself constitute inhuman and degrading treatment” and that the European Court ruled that “none of the applicant’s claims [regarding the imposition of SAMs] points to a flagrant denial of justice.”

In fact, the European Court found that human rights concerns were supposedly minimal given America’s “long history of respect of democracy, human rights and the rule of law.”

A problem with the video conferencing software prevented any questioning taking place after the lunch break and court was adjourned. The hearing continues today.