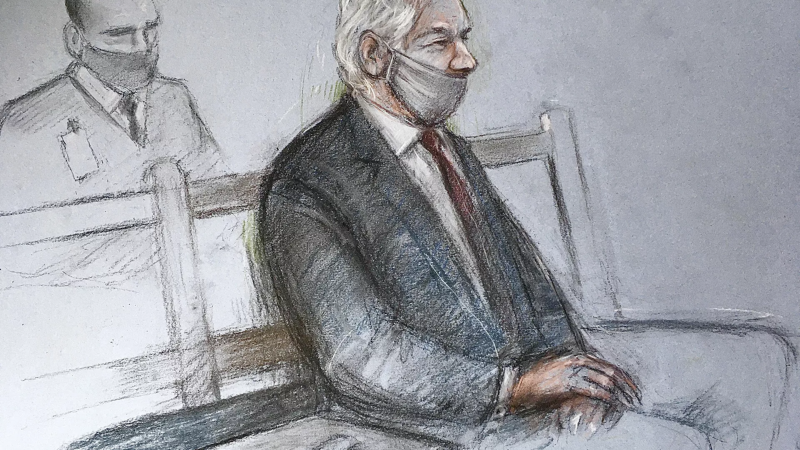 The US has won an appeal in London’s High Court to have Wikileaks founder Julian Assange extradited on spying charges.

In January, UK district judge Vanessa Baraitser ruled against extraditing Assange to the US, but the US Department of Justice appealed her decision to the London High Court.

Earlier this year, reports surfaced detailing alleged plots in 2017 to either kidnap or assassinate WikiLeaks founder Julian Assange, when he was five years into his political asylum inside the Ecuadorian embassy in London. At the time, Assange’s team hoped the revelation would helped their push to not have the publisher extradited to the US.

Stella Moris, the fiancee of Julian Assange, accused the UK on Sunday of playing the “executioner” in a US “plot” to kill the WikiLeaks publisher.

In a Statement to the Daily Mail Online, Moris stressed to the outlet that Assange’s “incarceration is having a catastrophic effect on his health”.

“The US government plotted to kill him and have found a way to do so – get the UK state to play the role of executioner,” she said, adding that “this is a slow-motion Khashoggi playing out in the heart of London”.

Jamal Khashoggi was a Saudi-born Washington Post columnist who was assassinated in 2018 after entering the Saudi consulate in Istanbul. Sidestepping blame, Riyadh later suggested that the killing was not state-sanctioned, but was carried out by so-called “rogue” agents.

“It is horrifying that Britain has let itself be instrumentalised by a foreign power to bring about travesty”, Moris underscored.

Moris’ comments came shortly after a group of physicians again called on the UK government to release Assange from custody so that he can be provided with sufficient medical care.

The group – Doctors for Assange – wrote in a release: “The health of Mr. Assange and the health of our democracy, which depends on a free press and judicial integrity, are both in serious jeopardy. This shameful and deeply damaging case should be dropped now, and Julian Assange granted his long overdue freedom”.

The latest revelations surfaced a day after Moris detailed on Saturday that Assange had suffered a mini stroke on October 27 that had left him with a “drooping right eyelid, memory problems and signs of neurological damage”. He has since been placed on anti-stroke medication.

Assange has been in UK custody since late 2019, shortly after Ecuador revoked his political asylum. More recently, London’s High Court granted an extradition request filed by the US government, which seeks to hold Assange liable on espionage charges.

The US has long sought Assange’s detainment over the publication of files that exposed the many US war crimes committed in Iraq.