The US is trying to stop Eurasia’s economic and political integration in order to delay its own demise, say international observers, explaining what message the US sent to the Russia-China-Iran “triumvirate” by killing Quds Commander Qasem Soleimani.

The assassination of Qasem Soleimani, an Iranian major general in the Islamic Revolutionary Guard Corps (IRGC) and commander of the Quds Force, in a targeted US air strike on 3 January came on the heels of joint naval exercise launched by Russia, Iran and China in the Indian Ocean and Gulf of Oman.

The “growing Russia-China-Iran trilateral convergence”, as The Diplomat dubbed it in late December, is seemingly hitting a raw nerve in Washington: speaking to Islamic Republic of Iran Broadcasting (IRIB) on 2 January, Rear Admiral Khanzadi, the Iranian navy commander, said that Washington and its allies had held an emergency meeting aimed at disrupting the drills.

US Opposes Rapprochement of Russia, China and Iran Amid Policy of ‘Maximum Pressure’

“Recent violent US attacks against Iranian allies in Iraq and Syria, culminating in the killing of Iran’s Major General Qasem Soleimani, are, in the wider geopolitical sense, meant to send signals to the building Eurasian triumvirate to cease their collaborative activities, let alone longer-term strategic and Belt and Road Initiative-linked designs,” says Pye Ian, an American economic analyst and private equity executive.

According to Ian, the US decision to step up pressure on Tehran might be stemming from Washington’s apparent belief that Iran is “the ‘weakest link’ in the strengthening Eurasian alliance”.

“It is… in response to the close relationship between Russia, Iran and China and it is no coincidence that this murder took place just as the joint naval exercises in the Persian Gulf came to an end,” he said. “Further, it is a threat to Russian strategic interests in Syria and to Syria itself.”

Apart from this, the move indicates that “one of the reasons for US pressure on Iran is to control the oil supply to China in order to cripple China’s development,” Black suggests.

Russia and its military successes in the region have become yet another irritant for Washington, according to Max Parry, an independent American journalist and geopolitical analyst.

“The US likely feels the need to re-assert itself as a hegemonic power in the region, considering it is Moscow that emerged as the new honest peace broker in the Middle East with the Syrian conflict,” Parry notes. “Russia completely outmanoeuvred Washington and by the end of the war, Turkey was practically in Moscow’s camp. Trump has reset US foreign policy with the withdrawal from Syria and the targeting of Iran.”

By killing Soleimani, the US “has completely overplayed its hand and this could be the beginning of the end for Washington because a war with Iran would be no cakewalk”, he emphasises. 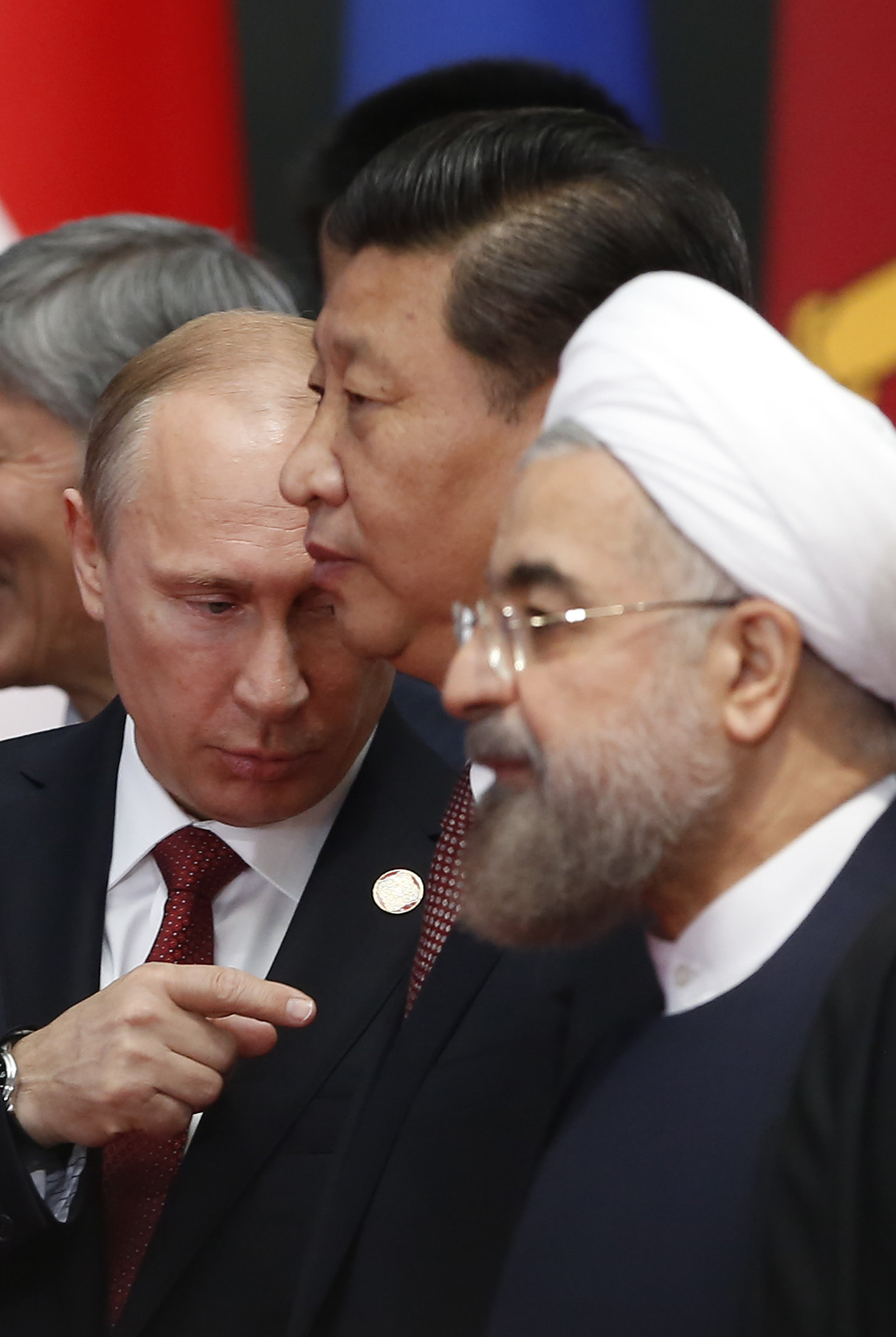 Russian President Vladimir Putin (L), Chinese President Xi Jinping (C) and Iran’s President Hassan Rouhani attend the Expo Center before the opening ceremony at the Expo Center at the fourth Conference on Interaction and Confidence Building Measures in Asia (CICA) summit in Shanghai on May 21, 2014

Eurasian ‘Triumvirate’ is Moving Away From the US Dollar

According to Ian, in addition to being a thorn in Washington’s flesh, Moscow, Beijing and Tehran have something else in common: the three nations have increasingly been drifting away from the US dollar.

The trend followed the Trump administration’s:

·         series of anti-Russian sanctions imposed against Moscow under the pretext of the latter’s interference in the US 2016 presidential elections, something that Russia resolutely denies.

The economic analyst explains that “the dollar’s universal confidence trick requires uniform adherence, by natural adoption or by force”. While the US allies remain obedient to the dollar- dominated system, those who resisted it such as Iraq under Saddam, Libya under Gaddafi and Venezuela under Chavez “triggered some Atlanticist force, either overtly or clandestinely, in order to try and put those nations back on a compliant page.”

However, “the current state of dollar printing by the US Fed ad infinitum cannot last forever,” Ian stresses.

“The global East and South are already ahead of Transatlantic banking, in a sense, by shifting further out of the dollar and Treasury securities into their own, or bilateral, currency exchanges, gold, and/or domestic or collaborative cryptocurrency endeavours,” he says.

Russia, China, Iran, as well as India and some other Eurasian nations are switching to trading in local currencies and continuing to amass gold at a steady pace. Thus, for instance, Russia produced over 185.1 tonnes of gold in the first six months of 2019; the country’s bullion reserves reached 72.7 million troy ounces (2,261 tonnes) as of 1 December 2019. For its part, the People’s Bank of China (PBoC) has accumulated 1,948.3 tonnes of the precious metal as of December 2019, according to World Gold Council.

Ian foresees that if the world’s nations continue to shift out of US Treasury obligations and choose alternative currencies for energy pricing, trading and reserves recycling, it may “cause US interest rates to fly higher, cratering consumer, institutional and public debt obligations and re-importing an obscene level of inflation back into the US”.