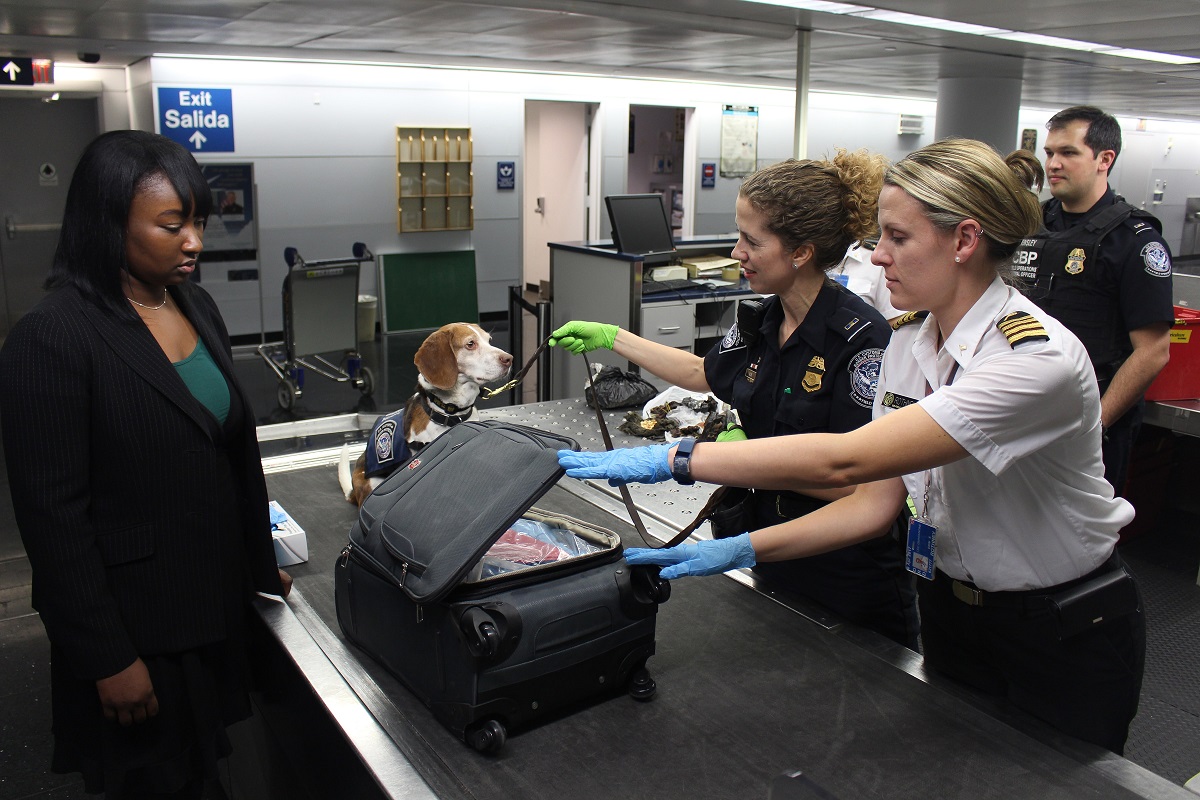 Border Crossings, Government Harassment, And How To Protect Yourself

Above Photo: DC via Unsplash.

The Austin Anarchist Black Cross (ABC) looks at political repression and harassment at the border and how to best approach crossings.

Austin, Texas – Last weekend, an activist from Austin was detained at the Austin airport by Customs and Border Protection (CBP) upon reentry to the U.S. after traveling abroad. They were held for about 3 hours and questioned about their political beliefs and associations and their protest activities. CBP also searched their phone and likely copied the entire contents of the phone for later analysis.

We are releasing this statement to shed light on this aspect of government surveillance, harassment, and repression, and to provide important lessons for other activists to better protect themselves, their loved ones, and their communities in the future. CBP is a large but seldom discussed federal law enforcement agency with broad powers at the border and ports of entry, including all international airports. The more notorious Border Patrol is a division within CBP, whereas ICE is a separate agency.

The Austin activist who was detained was initially directed to a side area for secondary screening when their passport triggered an alert at passport control. Once in secondary screening, CBP did not allow them to use their phone to communicate with anyone. CBP began by searching the person’s luggage and asking generic questions about drugs and other contraband. After finding souvenirs and other items of a left-wing political nature, including items that had antifascist and circle A logos, the questioning took a more political turn. CBP asked if they were a “member of antifa” and if they knew “members of antifa” or where such people meet. CBP asked their opinions about the government and police, whether and why they had been involved in protests, and other questions about their political beliefs.

During this detention, CBP consistently lied about what legal rights they have and used a variety of intimidation and manipulation tactics to coax and coerce compliance. CBP officers read their personal journals, viewed intimate photos, and plowed callously through the most private contents of their life. To call it a crass invasion of privacy would be an understatement. The whole ordeal was deeply frightening, unsettling and traumatizing. This person has been connected with legal support, resources to help re-secure their digital life, and community support.

Unfortunately, this type of government activity is as unexceptional as it is disturbing. In the context of political repression and counterinsurgency, information gathering activity like this is not just directed at specific discreet criminal investigations. It is also geared toward intimidation, intelligence gathering, social mapping communities, and informing larger campaigns of neutralization (whether through cooptation, management, or violence).

In light of this, the question about whether a particular person does or does not have “something to hide,” misses the point entirely. Simply being part of a movement or community in resistance and radical opposition to the status quo means you have everything to hide. Therefore, practicing good information and digital security is an act of care for yourself and everyone in your life.

While many resources exist to advise people about their rights and how to deal with police investigations and interactions inside the U.S. (for example, these excellent guides from It’s Going Down, CrimethInc, and The Center for Constitutional Rights), few of these resources address the issue of border crossings in much detail. Towards this goal, we offer the following guide to understanding your limited legal rights when crossing the border into the United States, and some recommendations for how you can protect yourself, your loved ones, and your entire movement and community when interacting with these borders and their government enforcers.

For a much more comprehensive discussion of digital security at the border, we recommend this report from the Electronic Frontier Foundation and their Surveillance Self-Defense resources, as well as the Civil Liberties Defense Center’s Digital Security resource page.

Your Limited Rights At The Border

At the very least, all entrants are subject to screening and must answer questions and provide documentation sufficient to prove your citizenship or immigration status.

If you are a US citizen:

If you are a Lawful Permanent Resident (LPR, or Green Card holder) you must usually be granted entry to the U.S. as well, but there are some exceptions, like if you were out of the U.S. for a year or more.

If you are not a U.S. citizen, your rights are even more curtailed:

Preparing For Border Crossings Ahead Of Time

The moments before you reach a border crossing or checkpoint are the wrong time to start thinking about your information and digital security. Maybe you can take some hasty last minute precautions, but maybe it’s too late. For example, it’s not uncommon for CBP officers to be waiting for people in the jetway, so anything you plan to do better be done before you get off the plane.

Ideally, planning your safe passage through the border will begin as soon as you start thinking about taking a trip. An ounce of prevention is worth a pound of cure, as they say.

Detention at the border is especially insidious because you are likely already in a situation of heightened vulnerability. You are probably some degree of exhausted, fatigued, dehydrated, and disoriented from your travels. You are eager to be done traveling and be at your destination. Someone is likely awaiting your arrival. If you were on a long flight, you may have already been incommunicado for many hours before being held incommunicado again in CBP detention. These are all enemies of your good judgment and allies to the CBP gestapo mind games that are to follow.

This section, and especially the last three points, is written primarily for people who are U.S. citizens and guaranteed entry to the United States. Non-citizens will likely have many other considerations that we could not even begin to adequately address here. Particularly for non-citizens, we recommend seeking legal advice about your particular situation.

So you made it back into the U.S. after being detained at the border. Our sincerest condolences.