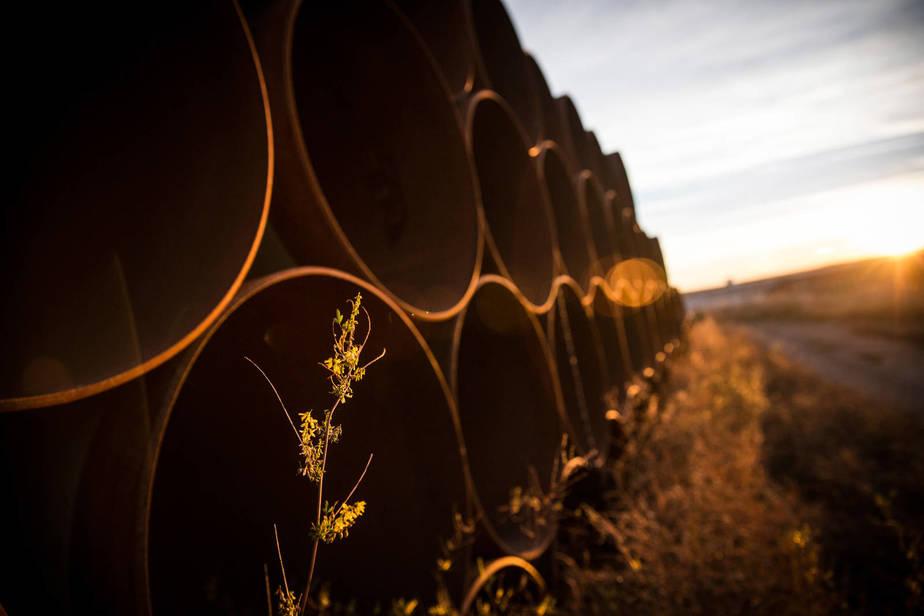 Above Photo: A federal court has invalidated a key permit for the Atlantic Coast pipeline project that would carry natural gas from West Virginia to North Carolina. Now civil rights advocates are working to build their environmental justice case in hopes of further stymying the project. Credit: Andrew Burton/Getty Images

Opponents of the gas pipeline say state and federal agencies failed to assess the health impacts the project would have on minorities, as required under federal law.

A federal court has invalidated a key permit for the Atlantic Coast pipeline project, a step that could give civil rights advocates more time to build their environmental justice case against the $6 billion project to carry natural gas from West Virginia to North Carolina.

Opponents of the Atlantic Coast pipeline allege the Dominion Energy-led project would have a disproportionate impact on people of color living along its route.

A group of community and statewide advocacy groups in North Carolina, along with the national Friends of the Earth, filed a complaint with the U.S. Environmental Protection Agency’s External Civil Rights Compliance Office on Tuesday asking the agency to overturn North Carolina state permits for the pipeline and for a new environmental justice analysis of it.

On the same day, a three-judge panel in the 4th U.S. Circuit Court of Appeals invalidated a U.S. Fish and Wildlife Service permit for the pipeline, known as an “incidental take limit.” The judges ruled that that permit, designed to limit the number of threatened or endangered species that could be harmed or killed during the pipeline’s construction and operation, was too vague and could not be enforced. 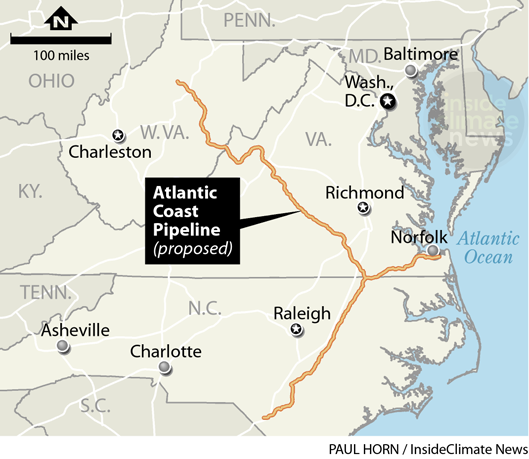 Dominion Energy said the decision only covered parts of the proposed 600-mile project and that the company will move forward with construction as scheduled.

The community and environmental groups, meanwhile, say state and federal agencies failed to assess disproportionate health impacts the proposed pipeline project would have on minorities as required under the Civil Rights Act.

They assert that an analysis by the Federal Energy Regulatory Commission erred in how it compared state, county and local community data in ways that disguised the real discriminatory effect of the route.

Tamara Young-Allen, a spokeswoman for FERC, the agency that conducted the environmental justice assessment, declined to comment saying she can’t discuss matters that are pending before a final decision by the commision.

The commission approved the pipeline in October, but has since received multiple requests from environmental groups and landowners for a rehearing of that decision.

“As most of the North Carolina counties along the proposed ACP corridor have communities of color significantly above the state average, this decision greatly minimizes the apparent disproportionality in minorities impacted,” the complaint letter filed on Tuesday stated.

‘Same Strategy Over and Over’

Mary Finley-Brook, a professor of geography and the environment at the University of Richmond, published a study earlier this month in the academic journal Energy Research & Social Science that looked at cases of environmental injustice across the Atlantic Coast pipeline’s route. Finley-Brook said impacts on low-income and minority populations were downplayed by developers and signed off by federal and state regulators all along the pipeline’s route.

The pipeline’s developers took the same approach in North Carolina, she argued, as they took in Buckingham County Virginia. There, they’ve proposed siting a large compressor station to push gas through the line next to a predominantly African American community. “It is the same strategy over and over,” she said.

A 2017 report by Physicians for Social Responsibility found such compressor stations pose significant health risks and have resulted in symptoms “ranging from skin rashes to gastrointestinal, respiratory, neurological and psychological problems.”

The Buckingham County facility, according to the company’s state permit, would release 32 tons of volatile organic compounds and 43 tons of particulate matter, small dust particles linked to respiratory diseases. The proposal is still wending its way through the approvals process.

“For the compressor station, the FERC application said the Buckingham population density was 29.9 people per mile and people of color were less than half,” Finley-Brook said. “Within a mile of the compressor, there are 99 households and 85% are African American.”

When seizing land for the pipeline through a legal tactic known as eminent domain, the Atlantic Coast Pipeline targeted low-income farmers with small land holdings, according to findings first published in North Carolina Central Law Review.

Concerns about the pipeline’s impact on low-income and minority communities had an international airing on Wednesday, when The Permanent Peoples’ Tribunal, a forum focused on human rights violations, heard testimony related to the Atlantic Coast Pipeline and Mountain Valley Pipeline, another gas pipeline facing various legal challenges and protests.

“Both ACP and MVP [Mountain Valley Pipeline] disproportionately target people and places that are majority rural, low-income and majority African American [and] Native American,” Lakshmi Fjord, chair of a local Virginia chapter of the People’s Tribunal, said in a statement.

Virginia’s recently formed Advisory Council on Environmental Justice, an independent body that reports to Governor Ralph Northam, will hold a public meeting in Buckingham County on May 30 to hear residents’ concerns and to make recommendations.

Finley-Brook, a member of the governor’s advisory council, said one priority for her recommendations would be making sure the state has the right expertise to properly evaluate projects like the Atlantic Coast Pipeline.