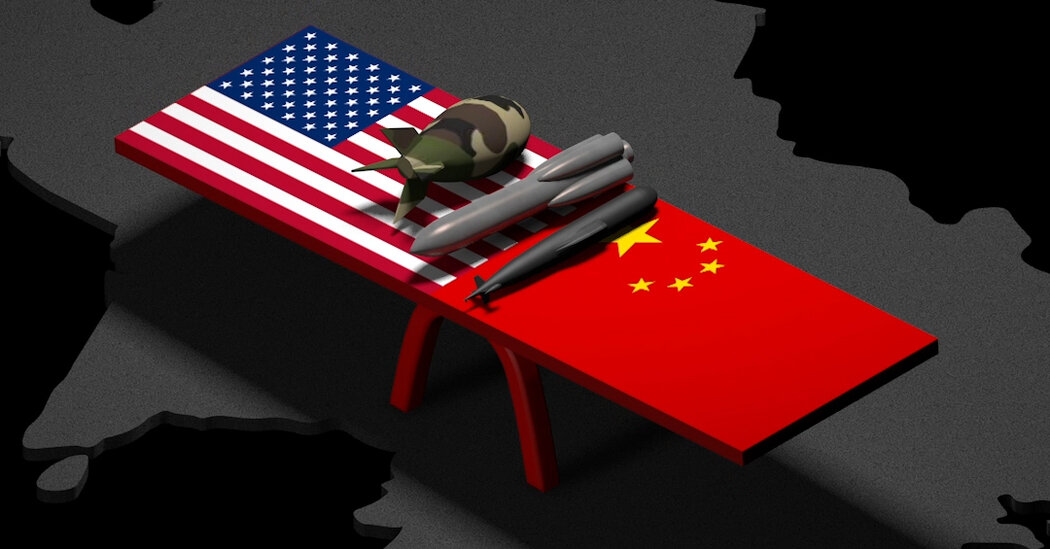 AUKUS – Australia, Stop Militarizing Our Home And Our Ocean

The United States, the United Kingdom, and Australia have come together to sign an agreement  called AUKUS. According to the creators of this agreement, it is a pact to counter China’s  influence in the Indo-Pacific region. Through the unveiling last week of the new Australia-UK U.S. trilateral military alliance, Australia will enter into an undefined arrangement with the USA  and the United Kingdom for “regional security” in the Indo-Pacific Region. The pact binds  Australia decisively to the United States and Great Britain for generations.

It involves Australia purchasing nuclear-powered submarines, the “basing” of American troops,  and storing “ordnance” in Australia. It has provoked fury from the French, sharp criticism from  China, concern from several nations in the Indo-Pacific and confusion in Australia. Added to this  background is Australia’s membership in the so-called security alliance known as ‘QUAD’  formed as a result of quadrilateral talk among Australian, Indian, Japanese and US authorities,  which has the hallmarks of a quadrilateral military alliance in the making.

Australia’s purchase of long-range attack nuclear-powered submarines involves ditching a  previous French-Australian submarine deal which led France’s foreign minister, Jean-Yves Le  Drian, to term the pact “a stab in the back”. Also, the former British prime minister is concerned  about Britain being dragged into a war over the future of Taiwan.

The other elements of AUKUS include enhancing joint capabilities, deeper military  interoperability, “new architectures” of meetings and engagements between defence and foreign  policy officials, and to “spur co-operation across many new and emerging arenas” – cyber,  applied AI, quantum technologies and “some undersea capabilities”.

Australia being dragged, of course with the gleeful consent of the rightwing administration of  that country, into the maneuver would not serve the general public of that country. Buying a few  nuclear-powered submarines will not deter the military capabilities of China or Russia is  concerned. Maybe Australia’s present administration dreams of performing the role of US  imperialists’ henchman in the region – The role Israel plays in the Middle East.

However, the maneuver would make Australia the ‘infectious agent’ that infects the ‘disease of  war’ in the region. Wasting funds that could be used for the benefit of the Australian people in  such a manner, when 3.24 million people in that country (13.6% of the population) and 774,000  children under the age of 15 (17.7% of all children in Australia) live below the poverty line, is a  crime only power-hungry capitalists can justify. More than one in eight adults and one in six  children live below the poverty line in Australia.

Of course, there are fears that Australian nuclear-powered submarines will change the dynamics  in the South China Sea, Especially when Australia has not joined the Treaty on the Prohibition of  Nuclear Weapons. Furthermore, analysts predict the pact will encompass the Asia-Pacific and  Atlantic Oceans and is an arrangement with global reach and profound, long-term implications.  AUKUS will also lead to a major arms race in the wider Asia-Pacific region. Many fear that it  will “gravely undermine regional peace and stability” and aggravates the arms race..

Regrettably, the three Anglo allies have chosen to carry out their loathsome exercise when Asian nations have preached maintaining Southeast Asia as a “zone of peace, freedom and neutrality”,  free from interference by any outside powers. AUKUS could also be viewed as an attempt to  impose an Anglo Saxon Imperialist dominated military hegemony in the region. For, Many Asia Pacific nations have only recently emerged from a long period of oppressive European  imperialism. Furthermore, the nuclear submarine project might heighten military tensions in  Asia. It could be assumed that acquiring nuclear-powered submarines is acquiring nuclear  weapons in the future. Moreover, the move topples the international nuclear non-proliferation  policies also.

It is not wrong to assume that AUKUS is a military response to economic competition from  China. As Vladimir Lenin’s most famous works, “Imperialism, the Highest Stage of Capitalism,”  point out, imperialist states employ military means in order to advance self-interested economic  ends. The connection between imperialism, capitalism and militarism is still relevant despite  imperialism and capitalism are at their last stages.

All peace-loving people must urgently become aware of what is at stake since the historical  parallels between the run-ups to World War I and 2 now are unmistakable. Indo-Pacific, actually and practically there is no such region as Indo- Pacific, there is no any single civil multilateral  organization formed on this “Indo –Pacific” basis. This Indo –Pacific term was coined by US  war department and for its war purposes only. Because the Indian Ocean and the Pacific Ocean are far away from each other. Due to these military organizations South and South East Asia  Regions as well as the Indian Ocean, are slipping from a ‘Zone of Peace’ to a hotbed of nuclear  politics. For this, Australia to be blamed because its leaders are inviting this war mongering US  administration to our region. Especially, the masses in Australia should oppose the wasteful  spending of funds for an impractical operation that would benefit only the imperialistic agenda of

the administration clans in the US and the UK. Sending war-fighting subs to potential conflict in  the Indo-Pacific region is hardly that, and it is yet another breach of international law by the  three Anglo allies. It is time to stand up and oppose the reckless and immoral move.

No to Military Coalitions!

No to QUAD! No to AUKUS!