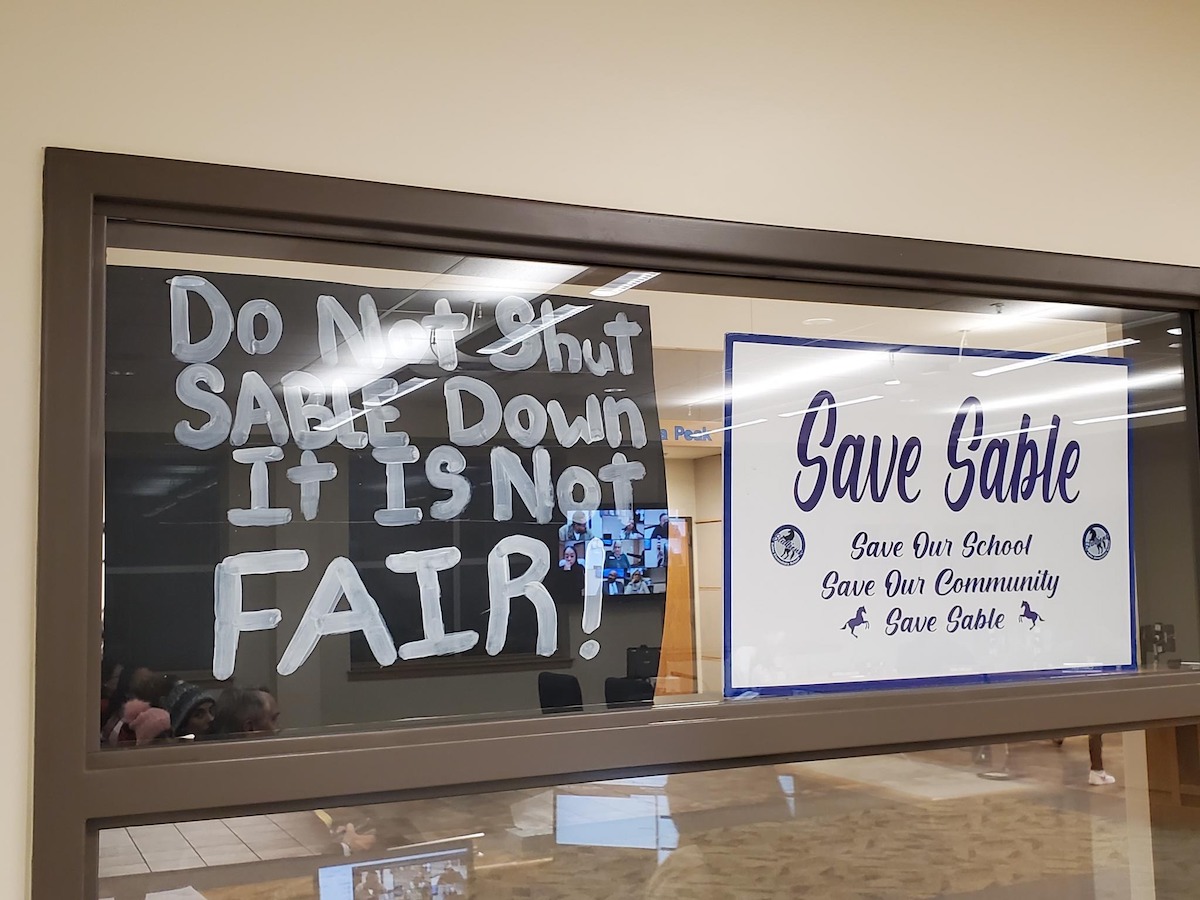 Aurora, CO – On March 22, residents of the Sable Altura Chambers community in Aurora, Colo., won a four-month-long struggle to keep Sable Elementary School from being shut down by the Aurora Public Schools Board of Education. This grassroots struggle, its members made up primarily of parents and teachers, has called into question the true motives behind the BOE’s “Blueprint APS initiative” and the decision to close Sable Elementary.

Blueprint APS and the current state of Aurora

Blueprint APS is a plan created by Aurora Public Schools Superintendent Rico Munn that aims to consolidate and repurpose multiple public schools in Aurora due to what Munn refers to as “changing enrollment trends.” Blueprint APS divides Aurora into seven geographical regions. In each region, schools are considered for closure based on three factors: region-wide enrollment shifts, facility conditions, and repurpose opportunities for each region. In the context of Aurora’s rapid growth over the last few years, many community members rightfully view Munn’s vague criteria for selecting schools for closure with skepticism.

Aurora residents suspect that Blueprint APS is just a part of a much larger effort to reshape the city. Aurora has worked in recent years to woo huge companies like Amazon and HelloFresh with tax breaks and corporate-friendly zoning to the detriment of its working-class residents. The city is also home to the Buckley Space Force Base, placing it at the cutting edge of new military spending. It is also right next door to one of the most gentrified cities in the country — Denver. In recent years, Aurora has seen a huge population increase, skyrocketing rents and massive development plans.

When the original Blueprint APS recommendations were released to the public, Sable Elementary, a K-5 school that houses about 455 students, was not on the list of schools being considered for closure. That changed in December 2021 when Superintendent Munn suddenly announced Sable Elementary was being recommended for closure.

“We were blindsided,” Leslie Burton, a 13-year veteran educator in Aurora Public Schools told Liberation News. “We are unsure why the district suddenly decided to close Sable Elementary, which is a pillar of its community,” Burton said. Burton noted that Sable Elementary is particularly important to the surrounding communities’ growing and diverse refugee and immigrant population. It provides language classes, GED classes, and services that help provide food, clothing, and housing to members of the community in need.

“Originally, [the BOE] said they would be closing schools with low enrollment and low capacity. So far, over the last three years, they have only closed schools in low-income and very diverse neighborhoods,” Burton continued. “Sable is not a school in Region 1 that is low enrollment or low capacity. In fact, we have 75 to 80 percent capacity. And we continued to meet estimated enrollment or exceed it every year.”

Evelyn Carol, a kindergarten teacher at Sable, began the public comment section of the meeting. “Initially, we were led to believe that Sable as a building is problematic. The reality of the situation, after the last Board meeting, is that Sable was chosen for closure because it is actually a more desirable building with a bigger parking lot and a more convenient location.” Another speaker, whose granddaughter attends Sable, put it more bluntly. “Is shutting down schools all about money?” He continued, “If you’re selling the school to make money, then you have no honor and no integrity.”

As soon as the BOE announced that it planned to close Sable, the surrounding community mobilized to save the school. At the first BOE meeting after the announcement in December, community members showed up in large numbers with impromptu chants of “Save Sable” breaking out. Even though coverage on the proposed closure was difficult to find in local media, community members continued to turn out to BOE meetings throughout the early months of 2022 demanding that the board reconsider closing Sable.

At the meeting on March 22, where the BOE intended to make a final decision on Sable’s closure, so many community members showed up to voice their support for Sable that an overflow room was packed with teachers, parents, students and supportive community members alike. Signs saying “Save Sable,” “Sell Another School,” and “Do Not Shut Sable Down, It’s Not Fair” could be seen all over the building where the meeting took place.

When asked about the turnout from the community, Adam Woods, a parent of a student at Sable, told Liberation News, “it’s very impressive. I didn’t expect the turnout to be like this, and it’s been like this since the meeting in December.”

Due to the community pushback against the proposal to close Sable Elementary, the BOE ultimately decided to vote down Superintendent Munn’s recommendation in a 4 to 3 vote. The BOE did give Munn an additional 60 days to come back with information on the impact of allowing schools like Sable to remain open. It is unclear if the board will attempt another vote on Region 1 school closings.

After the vote to not close Sable, community members unfurled a banner that read “Dear Community, You Just Saved Sable.” What the teachers, parents, students, and Sable Altura Chambers community have demonstrated is that community organizing is key to pushing back against those in power who care more about profit than people. Though the fight for Aurora schools and the surrounding communities is not over, the Sable Elementary community is proud of what they have accomplished and will keep fighting for the betterment of the Sable Altura Chambers community and Aurora as a whole.