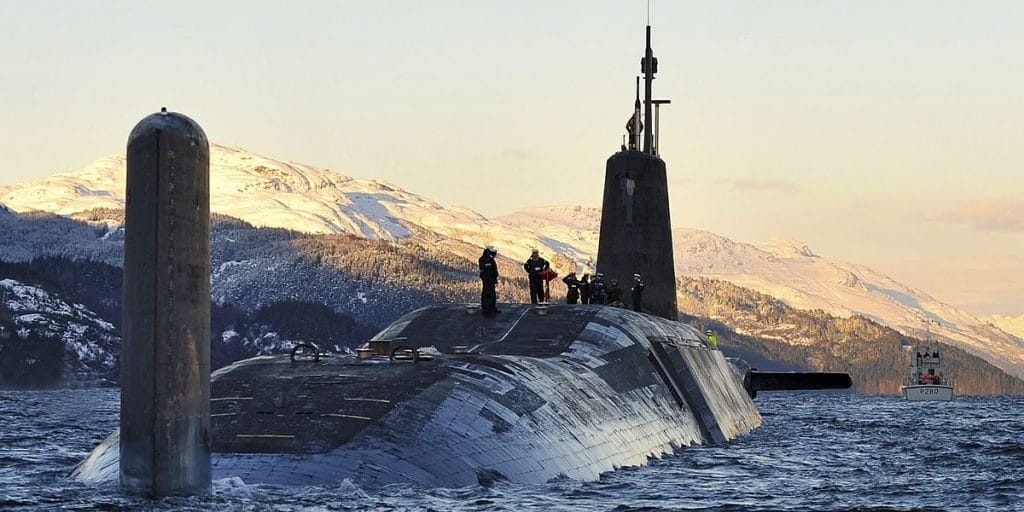 A Terrible Decision For The Nonproliferation Regime.

On September 15, US President Joe Biden, United Kingdom Prime Minister Boris Johnson and Australian Prime Minister Scott Morrison launched a new major strategic partnership to meet the “imperative of ensuring peace and stability in the Indo-Pacific over the long term.” Named AUKUS, the partnership was announced together with a bombshell decision: The United States and UK will transfer naval nuclear-propulsion technology to Australia. Such a decision is a fundamental policy reversal for the United States, which has in the past spared no effort to thwart the transfer of naval reactor technology by other countries, except for its World War II partner, the United Kingdom. Even France—whose “contract of the century” to sell 12 conventional submarines to Australia was shot down by PM Morrison during the AUKUS announcement—had been repeatedly refused US naval reactor technology during the Cold War. If not reversed one way or another, the AUKUS decision could have major implications for the nonproliferation regime.

In the 1980s, the United States prevented France and the UK from selling nuclear attack submarines to Canada. The main argument centered on the danger of nuclear proliferation associated with the naval nuclear fuel cycle. Indeed, the nonproliferation treaty has a well-known loophole: non-nuclear weapon states can remove fissile materials from international control for use in non-weapon military applications, specifically to fuel nuclear submarine reactors. These reactors require a significant amount of uranium to operate. Moreover, to make them as compact as possible, most countries operate their naval reactors with nuclear-weapon-usable highly enriched uranium (HEU) fuel.

With tons of weapons-grade uranium out of international safeguards, what could go wrong?

The United States, UK, and Australia are giving themselves 18 months to hammer out the details of the arrangement. This will include figuring out what type of submarine, reactors, and uranium fuel will be required. Similarly, questions about where to base the submarines, what new infrastructure will be needed, how maintenance will be conducted, how nuclear fuel will be handled, and how crews will be trained—among many others—will need to be answered.

Australia has no civilian nuclear power infrastructure beyond a 20 megawatt-thermal research reactor and faces a rough nuclear learning curve. It will need to strengthen its nuclear safety authority so it has the capability to conduct, review, and validate safety assessments for naval reactors that are complex and difficult to commission. How long this new nuclear endeavor will take and how much it will cost are anyone’s guesses. But the cancelled $90 billion (Australian) “contract of the century” with France for conventionally powered attack submarines will most likely feel like a cheap bargain in retrospect. Beyond these technical details, the AUKUS partnership will also have to bend over backwards to fulfill prior international nonproliferation commitments and prevent the new precedent created by the Australian deal from proliferating out of control around the world.

The United States and UK operate naval reactors in their submarines that are fueled with 93.5 percent enriched uranium (civilian power plants are typically fueled with three to five percent uranium-235) in quantities sufficient to last for the lifetime of their ships (33 years for attack submarines).Having resisted domestic efforts to minimize the use of HEU and convert their naval reactors to LEU fuel, the United States and UK have no alternative fuel to offer. France, on the other hand, now runs naval reactors fueled with LEU. The new Suffren-class submarine, from which the French conventional submarine offered to Australia was derived, even runs on fuel enriched below 6 percent.

So Australia is likely to receive HEU technology, unless an LEU crash program is launched that could take more than a decade to complete or in a dramatic reversal, France is pulled back into a deal—two scenarios that remain unlikely at this point and at any rate do not solve all proliferation concerns. Assuming the high-enrichment route is followed, if Canberra wants to operate six to 12 nuclear submarines for about 30 years, it will need some three to six tons of HEU. It has none on hand and no domestic capacity to enrich uranium. So unless it kickstarts an enrichment program for military purposes, the material would need to come from the United States or the UK.

One can only imagine the drops of sweat trickling down the neck of the International Atomic Energy Agency leadership in Vienna when an Australian delegation comes knocking at its door bringing the good news. The agency, which is currently battling to prevent Iran from acquiring enough fissile material to build a nuclear weapon—25 kilograms (0.025 ton) of HEU according to the internationally agreed standard—will have to figure out how to monitor and account for 100 to 200 times that amount without gaining access to secret naval reactor design information.  Managing that feat while keeping its credibility intact will be difficult to pull off.

What could happen if AUKUS moves forward? France clearly feels “backstabbed” by its Anglo-Saxon allies and angered to the unimaginable point of cancelling a gala celebrating the 240th anniversary of the Revolutionary War Battle of the Capes during America’s war of independence. In response, the French could relax their position on not transferring naval reactor technology to Brazil as part of helping the country build its first nuclear attack submarine. South Korea just successfully launched a ballistic missile from a conventional submarine and recently floated the idea of starting a nuclear submarine program in response to growing nuclear threats from North Korea. Seoul could now ask the United States or other nations for an arrangement similar to Australia’s.

Russia could begin new naval reactor cooperation with China to boost China’s submarine capabilities in response to the AUKUS announcement. India and Pakistan, which already have nuclear weapons, could benefit from international transfers as well, possibly from France and China respectively. Iran, of course, has already expressed interest in enriching uranium to HEU levels to pursue a submarine program.

Until now, it was the US commitment to nonproliferation that relentlessly crushed or greatly limited these aspirations toward nuclear-powered submarine technology. With the new AUKUS decision, we can now expect the proliferation of very sensitive military nuclear technology in the coming years, with literally tons of new nuclear materials under loose or no international safeguards.

Domestic political opposition to the nuclear submarine deal is already brewing in Australia. The Green Party has announced that it will fight the deal “tooth and nail.” Meanwhile, Australian Prime Minister Morrison is very much struggling in the polls and could lose next year’s election—before the end of the 18-month review process announced by AUKUS. The nuclear submarine project could then be buried before it takes off, saving the international community further headaches.

But if Morrison gets re-elected and the program continues, it will be for the United Stated to take up its responsibilities as the guardian of the nonproliferation regime. Poor nuclear arms control and nonproliferation decisions—such as leaving the Anti-Ballistic Missile Treaty and approving the US-Indian nuclear deal—have so far been a trademark of the US Republican Party. It is difficult to understand the internal policy process that led the Democratic Biden administration to the AUKUS submarine announcement.  It seems that just like in the old Cold War, arms racing and the search for short-term strategic advantage is now bipartisan.