Autopsy: Clark Shot Seven Times In The Back 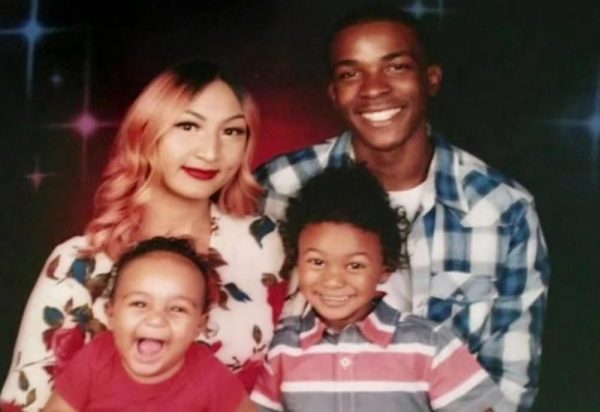 Independent Autopsy Shows Clark Was Not Threatening Police When Shot

The killing of Stephon Clark continues to result in mass protests before and after his funeral. Anger increased as an independent autopsy showed that Clark was never facing the police when he was shot.

The San Francisco Chronicle reported that Rev. Al Sharpton delivered the eulogy and said Clark’s name will not be forgotten until “we get justice.” Sharpton said  “This is not a local matter,” responding to a statement made by White House press secretary Sarah Huckabee Sanders about President Trump’s silence on Clark’s death. Sharpton continued “They’ve been killing young black men all over the country. And we are here to say that we are going to stand with Stephon Clark and the leaders of his family.”

Reporting on the independent autopsy, the Los Angeles Times reported “It’s very simple. The narrative that’s been put forth is they had to open fire because he was charging toward them,” said civil rights litigator Ben Crump, who is representing Clark’s family as autopsy shows “all of the bullets were from behind.”

The coroner found that Clark was never looking at the police when they shot at him 20 times. Dr. Bennet Omalu conducted an independent autopsy days after Clark was killed. He reported that Clark was hit by eight bullets, and all but one entered while his back was turned toward police. One bullet entered Clark’s left thigh from the front and was probably fired while he was on the ground and had already been shot multiple times.

Omalu said the claim “That he was assailing the officers, meaning he was facing the officers, is inconsistent with the prevailing forensic evidence” as documented in the autopsy. Omalu conducted the autopsy for Clark family lawyers in preparation for a federal lawsuit against the city and its police officers. Omalu was the pathologist in neighboring San Joaquin County where he resigned alleging the sheriff was seeking to protect police officers involved in fatal shootings.

Omalu also said it would have taken from three to 10 minutes for the wounds to kill Clark. Police waited several minutes to approach Clark then handcuffed him before seeking to resuscitate him.

The LA Times also reports “In police videos, a sergeant pulls the two officers to the side and a voice says, ‘Hey, mute,’ before the sound cuts off, indicating that the audio recording had been stopped.”

The official county coroner’s autopsy results are not expected to be completed for several weeks.

Below are tweets describing recent actions around the killing of Clark.

Hundreds of mourners gathered to honor the life of 22-year-old Stephon Clark ― an unarmed black man shot and killed by police. https://t.co/6oB8qd23xs via @blackvoices

Hundreds took over a Sacramento city council meeting on the eve of #StephonClark‘s funeral. Here’s what they had to say: pic.twitter.com/qjUMxx3apx

Some final images from today’s funeral service for #StephonClark in #Sacramento.

Stevante Clark, Stephon’s brother, continued to chant his name as he addressed the media and departed the church @sfchronicle pic.twitter.com/8AUn36MeY2

NOW: Funeral services for #StephonClark are happening now in Sacramento. We’re on the ground. https://t.co/p8WWEy1Ubs

‘It’s time for us to stop this madness:’ Al Sharpton gives eulogy at #StephonClark‘s funeral https://t.co/amFMTLtrI6

I covered Stephon Clark’s funeral in Sacramento today, as well as the march that followed it. These are a few of my photos. https://t.co/jalVBKhc5L pic.twitter.com/U9LXmkwAsa

After the funeral for Stephon Clark, the people of #Sacramento are taking their streets for the third day in a row chanting “Shut it Down! Shut it Down!”#StephonClark #Justice4StephonClark @BLMSacramento pic.twitter.com/BiVQ5BER7U

Lawyers for the family of Stephon Clark tell CBS News they plan to file a federal lawsuit as soon as Friday over his death in a police shooting. Clark was unarmed when two officers killed him on March 18 in Sacramento. @JamieYuccas reports: https://t.co/rcbtnfGzzq pic.twitter.com/6q4r9GRdSW

nyc shut it down for #StephonClark last night! and they wanna say the #BlackLivesMatter movement is dead – generation Z is just rolling up! pic.twitter.com/ZxyfsDuHTI

11 were arrested in an NYC protest against the killing of unarmed Sacramento man, Stephon Clark—yet another in the series of protests around the country following his death. pic.twitter.com/xkG1GDvvr5

.@GKMC18
“ In the wake of Stephon Clark! In the wake of Danny Ray Thomas! In the wake of Decynthia Clements! We still can’t get no justice or no peace! In Chicago killer Cops get paid to walk our Streets!”#NoCopAcademy #GoodKidsMadCity pic.twitter.com/1RKg9MFFjG

An independent autopsy reveals that cops shot Stephon Clark at least 8 times, 6 of which were in the back.pic.twitter.com/kmacjBEnMS

His autopsy shows that not only did police shoot #StephonClark in the back 6 times, they handcuffed him as he lay dying on the ground, then left him for 3 to 10 minutes without rendering any medical aid. This is called murder. #BlackLivesMatter https://t.co/5f3s5NRCjD

A disproportionate number of those killed have been African-American.

Stephon Clark should not have been shot in the back in his own backyard.https://t.co/u64L5aDtpY

Murdered by police in Houston just 4 days after Stephon Clark, his story, his name, his pain, need to be known.

I wept when I learned all that he’d been through