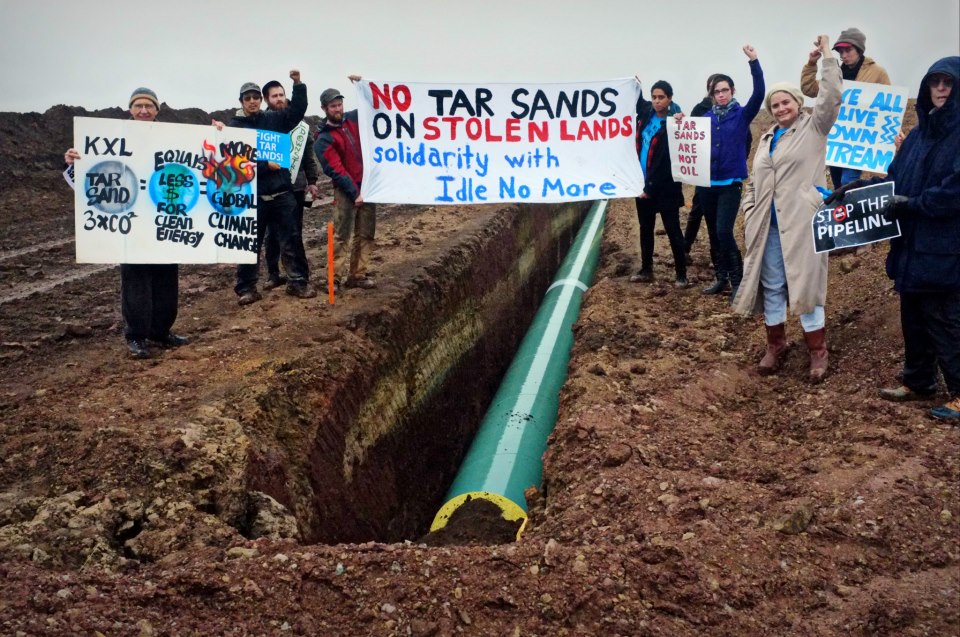 “The U.S. has no business rolling back any kind of protection from the world’s dirtiest oil at a time when we’re supposed to be making progress on climate,” Eddie Scher of the Sierra Club told Common Dreams.

Questioned before the House Ways and Means Committee in late July, U.S. Trade Representative Michael Froman railed against a proposed change to the EU Fuel Quality Directive that requires a 6 percent reduction in gas and diesel emissions by 2020. The ammendment under question would label bitumen—oil extracted from tar sands—as a high-emissions diesel, a rating that would ‘discourage‘ but not prevent EU fuel suppliers from buying tar sands oil.

Environmental groups say that the regulation that Froman is attempting to gut is already grossly insufficient. “The regulation is not really doing anything,” Scott Parkin of Rainforest Action Network told Common Dreams. “It’s just saying tar sands should be called something different. We are saying that tar sands need to stay in the ground. Period.”

Yet, Froman charges this so-called regulation goes too far. When Rep. Kevin Brady (R-Texas) claimed the proposed regulations are “discriminatory, environmentally unjustified and could constitute a barrier to U.S.-EU trade,” Froman stated, “I share your concerns.”

“I have raised these issues with senior Commission officials on several occasions, including in the context of the Transatlantic Trade and Investment Partnership (T-TIP),” he wrote in a letter to the House Ways and Means Committee. “We continue to press the Commission to take the views of stakeholders, including U.S. refiners, under considerations as they finalize these amendments.”

Obama’s trade official is publicly advocating for the tar sands oil industry despite the president’s June speech in which he declared he would cut carbon emissions and only approve the Keystone XL pipeline if it “does not significantly exacerbate the problem of carbon pollution.”

Green groups, who say the oil pipeline would increase carbon emissions by definition, areorganizing a mounting campaign against the Keystone XL pipeline and tar sands extraction. So far, 75,000 people have pledged to commit civil disobedience if the president approves the pipeline.